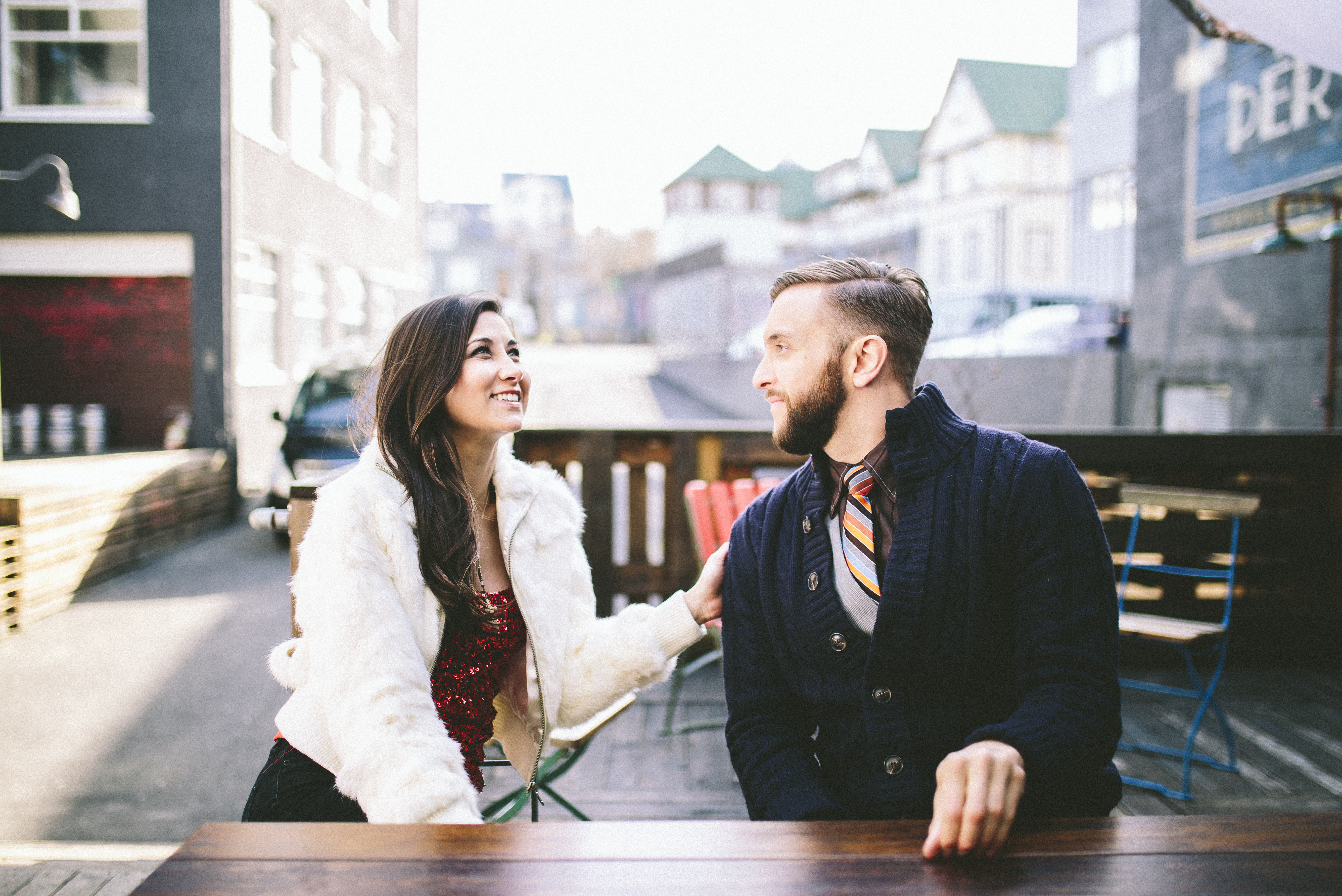 Ahh heartbreak..sigh. We all have felt it, or will feel it at some point in our lives. Heartbreak comes in many ways. Whether it’s a a guy/girl that got away or a friendship derailed. In Another Version of You that scenario is presented to the lead, but in alternate parallel universes. Will love conquer all, even if it’s in a different reality?

Diggsy Ellston (Kristopher Wente) has been in love with Suzette Larkin (Sara Antonio) all his life, but the problem is, she doesn’t love him back. After Suzette marries another man, Diggsy is left scrambling to figure out how to move forward. He gets a unique opportunity when he meets a stranger who offers him a chance to meet Suzette again, the catch is, that he’d be meeting different versions of her in parallel universes.

The key to Suzette’s heart has a catch behind it. Everytime he opens up a door to new possibilities and opportunities to meet Suzette, he leaves behind everything he’s ever known. The plot lies in Diggsy’s path of new discoveries and the search for the perfect version of Suzette that will accept him and love him back.

So the leads are fairly unknown actors in Wente and Antonio, but they hold their own. Wente has a nice guy-next-door appeal, while Antonio wears many hats in her variety of charming personas as she plays multiple versions of Suzette. Likeable actors. The film is dedicated to another one of the leads, Brittany Belland, who plays Diggsy’s sister Daphne. Belland sadly passed away in late 2018. It’s a sweet performance from her. Something to be cherished by her loved ones.

The most recognizable of the actors are C.J. Perry and Miroslav Barnyashev, known to most as Lana and Rusev in WWE. Perry plays a strong supporting role and Barnyashev recurs throughout the movie.

Those that know Perry for her WWE persona “Lana”, will be surprised to see her in a different role. Perry is a stand out in the film. She’s quirky, sexy, funny and charming in her role of Gwyneth. I really enjoyed seeing this side of her personality come out. Barnyashev is perfectly cast as a comedic tough guy. Former NFL great Eddie George also makes a cameo appearance playing Mortimer.

The film was written and directed by Motke Dapp. For it being his second feature, he does nice work. The story is fairly unique with an interesting concept. Parallel universes combined with romance is fairly compelling and imaginative. Something relatable to all, such as love set against a fantasy based backdrop, such as alternate universes. It all made me think if I would have gone the same route as Diggsy does.

The script has funny moments, but also has some corny ones, with dialogue that doesn’t always hit. It does leave you with moments of confusion, so there are some plot points where the parallel universes start blending and it becomes harder to follow.

Overall, Another Version of You is entertaining and fun. Credit to the idea and set-up of the story and its characters. It’s fairly predictable as far as the destination, but it’s an enjoyable ride. Movies like this are supposed to be easy to take in.

At times the plot gets murky and Diggsy can be a bit dull and uninspiring, especially in comparison to the female characters who have upbeat, fun and compelling personalities.

As a fan of rom-coms this was a nice modern throwback to a genre that sadly has been disappearing over the years. Movies like Another Version of You bring back hope that the genre can still be a draw and is enjoyable for many.

It’s a movie for all the hopeless romantics. I feel it can be enjoyed by guys and girls. It might even turn a skeptic into a romantic. A small little indie with enough promise and charm to make it a worthwhile watch.