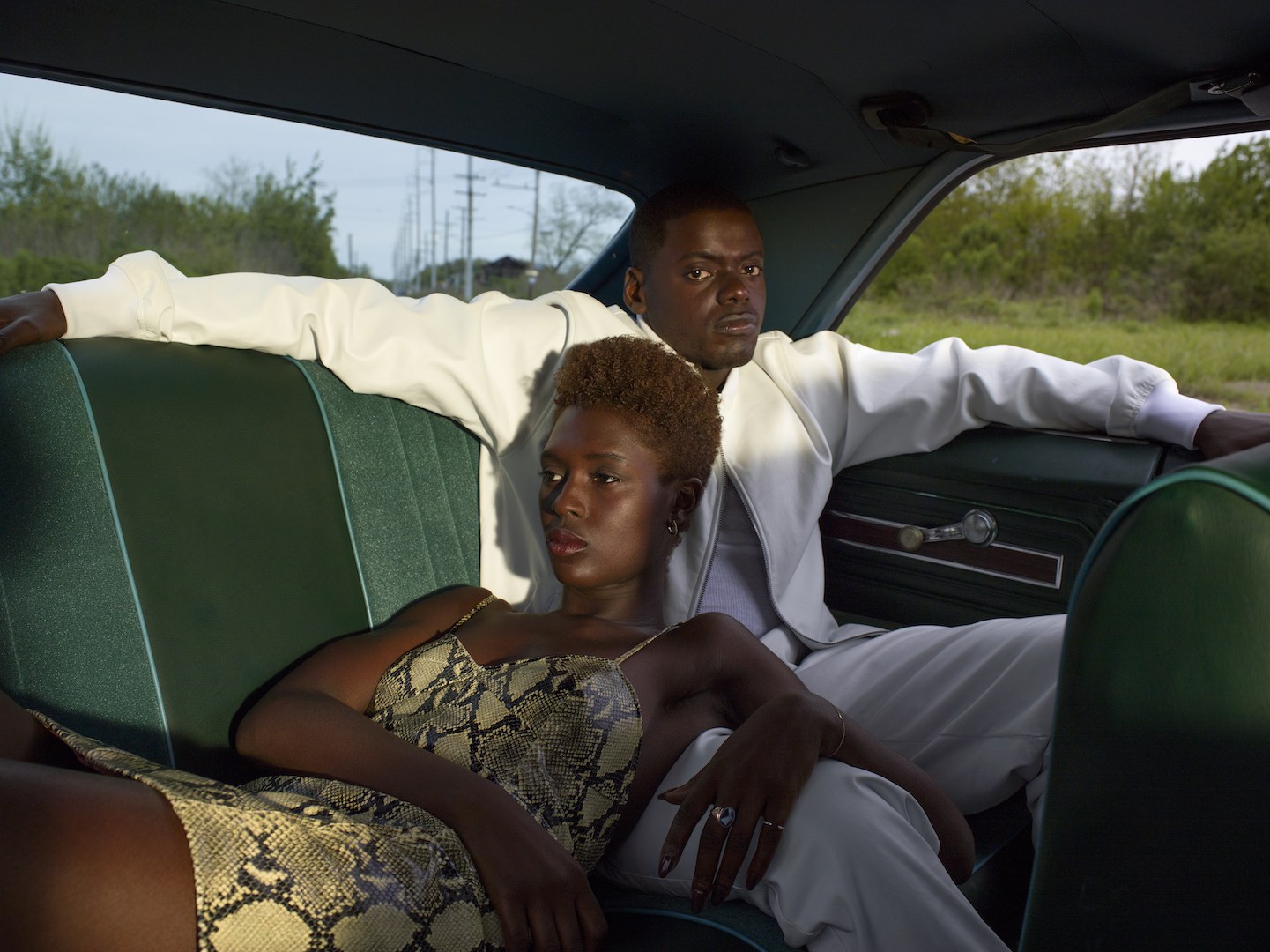 Queen & Slim is a story is unfortunately all too familiar to many African-Americans. Police misconduct and social injustice are key message points the movie speaks out against, but it’s so much more than that. The parallels of Bonnie and Clyde along with Thelma & Louise will be compared, but Queen & Slim has a much deeper message to deliver in being its own unique story.

A disappointing Tinder date gone tragically wrong when a black couple gets caught in a death of a white policeman while trying to defend themselves. Slim (Daniel Kaluuya) and Queen (Jodie Turner-Smith) are bonded by this incident and are forced to run across the country as the media perpetuates them as criminals on the run.

The story takes Queen and Slim on a journey for their survival, while the country watches from the outside. Will they be able to clear their names and gain safety while they are being chased? Will they bond and connect on this journey or fall apart due to the situation they are placed in? These are just some of the questions the rest of the movie will answer.

Kaluuya is a Oscar nominee for a reason. He’s fantastic in whatever he does. His performance in this is superior to his work in Get Out. His performance is grounded and connected. Deep and compelling. All around outstanding.

There is no question that this is a breakout role for Turner-Smith. Her chemistry with Kaluuya is undeniable. She brings a fierce attitude to her character and commands the screen at all times.

The supporting cast includes some interesting names such as Chloe Sevigny, Bokeem Woodbine and Flea. They do good work in the portions they appear in, but this movie is about the two lead characters.

The script is thorough and poignant, especially in depicting the portrayal and struggle African-Americans face daily. It’s powerful. Lena Waithe and James Frey are the creatives behind the script, so much credit goes to them for the depth that the story has.

Anyone crazy enough to question the abilities of female directors, just take a look at what Melina Matsoukas does with this film. Fantastic direction and storytelling. The story is full of twists and turns with a slew of emotions being relayed. I was very impressed with how the scenes could go from tension packed to calm and subtle. The range was impressive.

I did feel that the movie ran too long and some scenes were drawn out. This story could have been told in under two hours, instead of the fifteen to twenty extra that it got. The pacing hurt a bit due to length of scenes that could have been cut short. In particular the romantic scenes were the ones that seemed to slow down the pace and extend the scenes.

It would have helped to have had some background on Queen and Slim. What we learn about them is mostly from the people they encounter on the run. From Queen’s uncle to Slim’s phone call with his dad. Nuggets about these characters past are revealed mainly through others. It would have been good to have them personally reveal more of their past to each other, to establish a concrete character foundation for the viewer.

It’s certainly one of the more captivating movies of the year. The tension packed moments leave you with goosebumps and feeling uneasy for the characters. The intensity of the film hardly quiets at any point. The stakes are high from start to finish, which is a feat in itself to maintain.

I actually really enjoyed the romantic aspect of the film, even if they ran a bit too long. It’s easy to forget these two characters start out as strangers and grow a beautiful understanding and genuine passion for each other through the most difficult of circumstances. The passion in the love scenes is as intensely raw and real as you can get on screen.

You can’t help but root for Queen and Slim. They are people you can understand and feel for, even if you haven’t been in their shoes and know their life story. It supersedes race and ethnicity. These are scared individuals fighting for their lives and freedom. The ending left me speechless. It was that impactful and startling.

This movie is raw and emotionally charged. It can certainly unleash a lot of deep emotions. Anger, hurt, heartbreak, sorrow are just some of the feelings you might have watching. It’s a story that can easily make you break down and cry at the end. It’s that impactful and significant. It’s incredibly timely also.

I felt this is a magnifying take on our major societal issues we are facing. Racial injustice is sadly a real thing and maybe a movie like this can hit home to those that can’t directly relate and provide a deeper understanding to what’s happening around us in our everyday lives.

Queen & Slim is not a perfect film, but it’s powerful narrative has a documentary kind of purpose. One message I took away was to pay attention to the media and don’t be afraid to question what you see and hear. This film is an eye-opener. Whether you’re swiping left or right, this is a movie you need to find a personal relationship with.