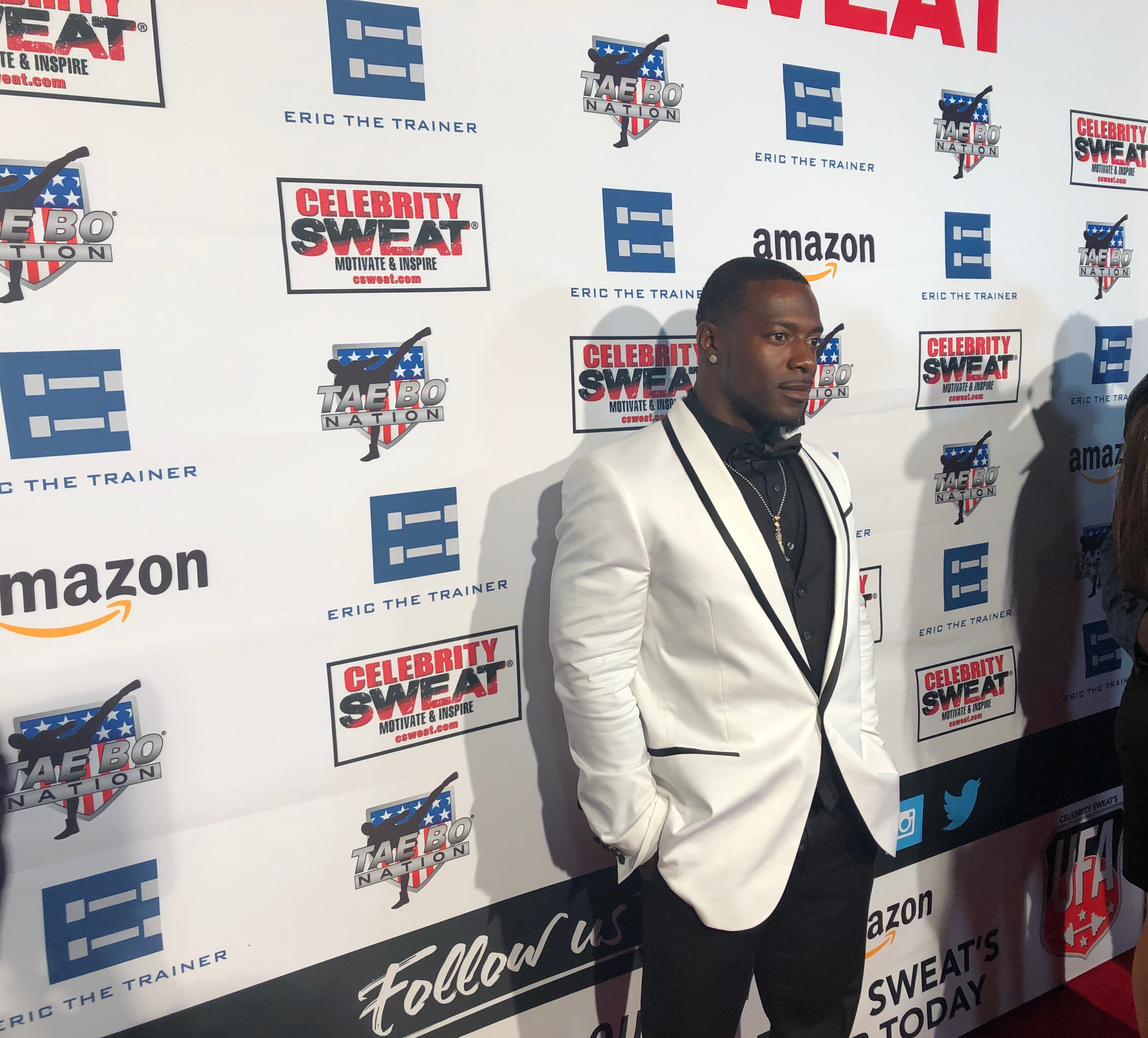 The ESPY’s are the Oscars of sports. Every year the event grows bigger and bigger, by bringing together athletes from all sports. The yearly event has been held at Staples Center in Los Angeles. As with any major awards show, expect several after parties.

I attended the “Celebrity Sweat” after party at “The Palm” Restaurant across from Staples. There were several athletes and entertainers on hand for the festivities. I spoke to several of them as they walked the red carpet. Topics discussed ranged from the wild NBA free agency to Tom Holland as Spider-Man.

This was a really cool event that Celebrity Sweat put on. I spoke to several interesting celebrity guests that had some great opinions to share. JB Smoove was a blast to chat with. The man is so cool and energetic. He had some interesting takes on the NBA offseason, he is plugged into the league, so he knows his stuff. Had to ask him about being in “Spider-Man: Far From Home” and he shared how wonderful Tom Holland was to work with. That seems to be the popular sentiment about Holland.

This was my second time interviewing Kris D. Lofton. He’s a Chicago guy. Oddly enough, we were born in the same hospital in Chicago, so the connection was immediate. Kris is a fun guy. He’s very much a Chicagoan, those of you from the area know what I mean by that. He’s also a Bears fan, so we have that in common also.

Norm Nixon has done it all in the sports world. A multiple time NBA All-Star that played with the LA Lakers and Clippers organization. He was a sports agent at one point, even represented Jalen Rose. Now he’s doing some analysis on the Lakers alongside Michael Cooper. He’s got great knowledge and connection to the league and especially the LA franchises.

What can I say about Clipper Darrell. You saw it in the interview. He’s a character full of personality and Clipper passion. I spoke to him inside at the event, after the red carpet, and he’s a charming nice guy.

Awesome event. I had a lot of fun. I had a chance to meet some more athletes inside the event, even got to chat with the Clipper dancers, so can’t beat that for a night of fun and celebration.