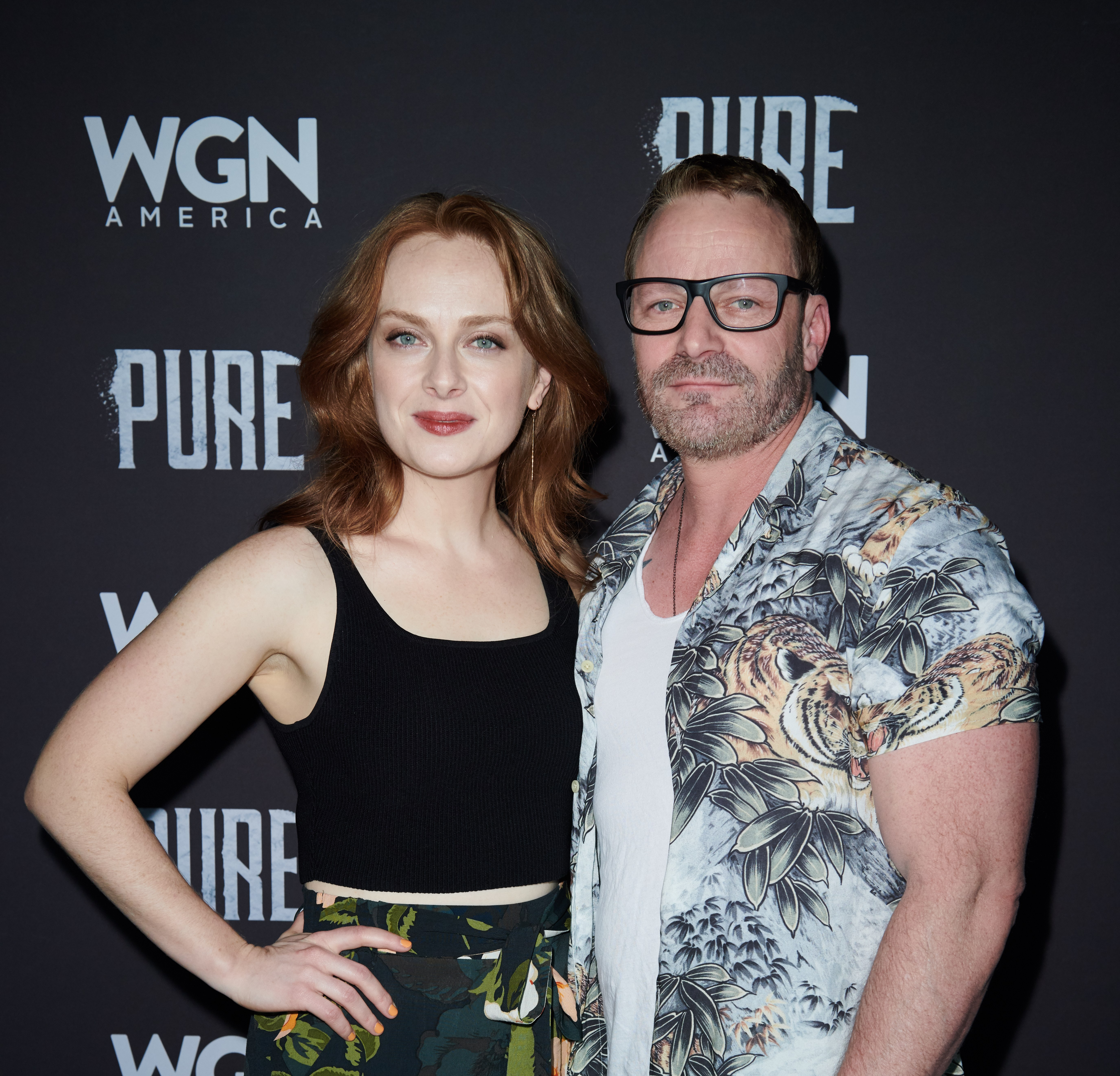 If you’re looking for some pure startling drama look no further than WGN America’s Pure. The show is back for a second season (Tuesday, May 28) that promises to take things to another level. To celebrate the upcoming season there was a premiere event held in Los Angeles and Reel Talker was on hand for the festivities. Below are the audio interviews with the creator of the show Michael Amo and the lead actors Ryan Robbins and Alex Paxton-Beesley.

I really enjoyed meeting and connecting with Ryan, Alex and Michael. They were very down to earth and personable. Every seat was filled for the screening. A Q&A followed the season 2 premiere episode. There were some fun stories being shared. You could easily see that this is a close knit group. Ryan and Alex spoke about the set having a family atmosphere and how they missed each other between filming, but keep in touch. I can attest to that from what I observed.

For those that would like to catch up on season 1, it is available on Hulu. So highly recommend checking it out. WGN America will be the place where you can catch all of this upcoming season. If the premiere episode of this season is any indication, it surely promises to be extra intense with even higher stakes. This show is seriously good. I’m hooked.

On a side note, I commented how much I liked Ryan’s style. You can see the pics below. Do you agree?