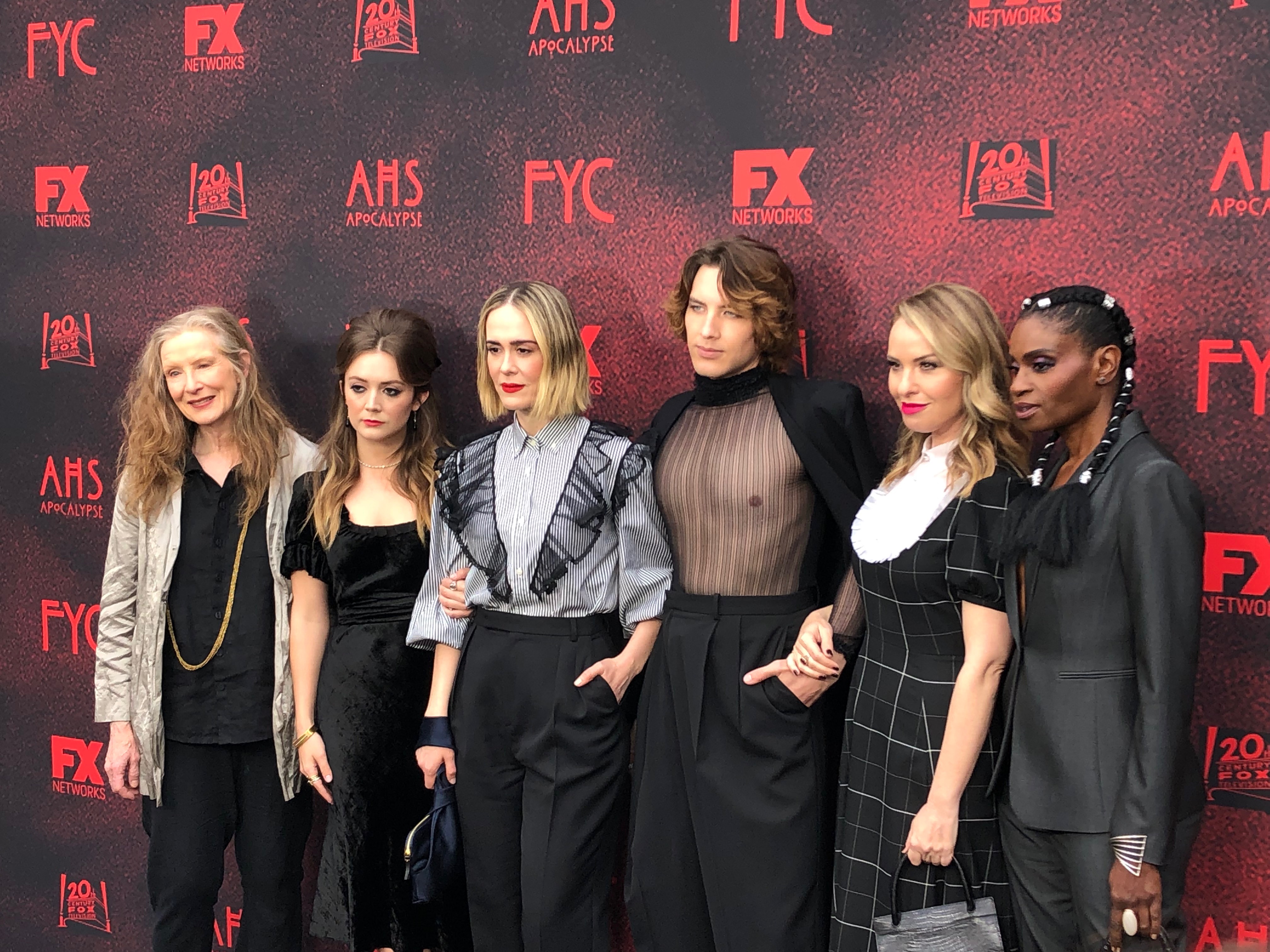 When you think American Horror Story, you think a great acting, Ryan Murphy and eight successful seasons. Eight seasons of a show that doesn’t seem to miss a beat and constantly reinvents itself is a rarity in showbiz. Hopefully you’ve enjoyed AHS Apocalypse.

This was a more intimate red carpet, which makes it great for access and interviews with the talent. The actors seemed excited to reconnect and celebrate the event. I loved the friendship bond between Billie Lourd and Leslie Grossman. They really appear like besties. They were so engaging and fun. Phenomenal personalities.

You wanna talk about fashion, look no further than Cody Fern. Fashion superstar. Cody has such a unique presence about him. Humble and great to talk with.

Adina Porter was so much fun. Enjoyed hearing the pool story she shared. It was wonderful to hear her kids speak about their perception of women in film, such as the story she shared about her reaction to Captain Marvel. Adina has been on the show for several seasons, always enjoyed her work on the show.

Sarah Paulson is a major star, but you wouldn’t know it by speaking to her. I found her to be soft spoken and thoughtful. If you can associate anyone with this show, Sarah would be the first one to come to mind.

It started raining outside just as the event was wrapping up and everyone was heading inside for the event. The weather cooperated, now let’s hope the voters will also and get this show a nomination of Apocalypse.