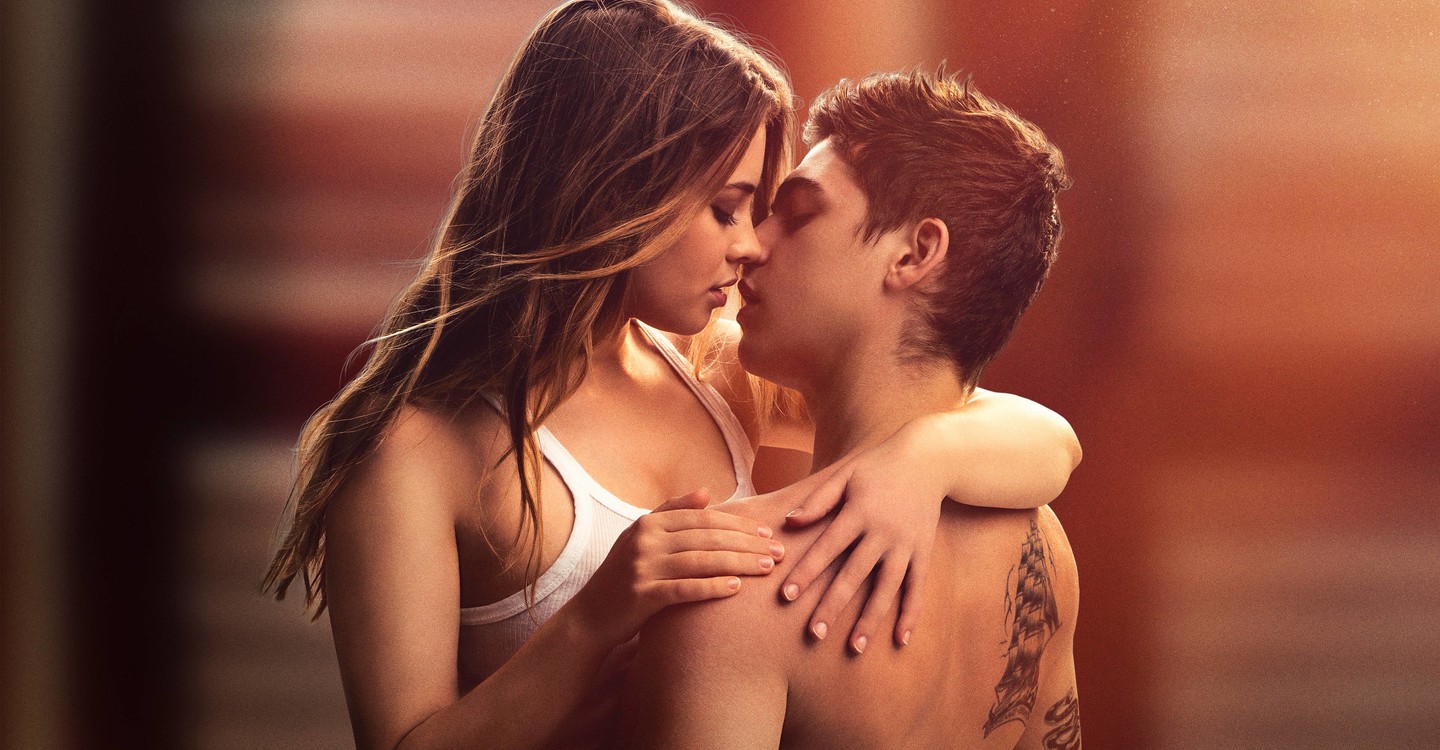 College ain’t easy. Just ask the two lovebirds in After. A good girl meets a rebel with a dark side. What can possibly go wrong? Is this just another standard teenage romantic drama based on a novel, or does After offer something more?

The studious, play-by-the-rules Tessa Young (Josephine Langford) enters her first semester in college. She’s focused on school and happily involved in a relationship with her college sweetheart. Seems like she a lot going for her, on the right path. Things quickly change when the brooding rebel Hardin Scott (Hero Fiennes Tiffin) enters the her path.

Tessa soon finds herself smitten with the allure of the charismatic and mysterious Hardin. His presence forces her to examine all that she’s believed in and wanted from her life. Soon they enter on a journey together that might bring her more troubles than she can handle.

The movie is based on a best-selling novel from Anna Todd. Successful novel to movie transitions have been tried, and many times failing to live up to the standards that the novel established. Director Jenny Gage takes on the available source material and actually makes it cinematically compelling.

Sure, it has some corny elements of a classic teenage romance movie, but it’s got a definite 50 Shades vibe to it. It’s PG-13 with a rated R tone. The romantic scenes are more steamy than sweet. It’s lustful and sexually charged. It’s more of a guilty pleasure for a college aged viewer.

The characters are pretty deeply layered actually, at least in terms of Tessa and Hardin. Polar opposites on the surface, but much more in sync with their chemistry. It’s not a standard cute love story. Their rocky relationship is messy and complex. One that much more likely resembles a real-life relationship.

Langford is a up-and-coming Australian actress that’s certain to make waves. This role is a great start in introducing her to a worldwide audience. She has a natural likeability about her. She also demonstrates she can play the sweet girl-next-door then turn on the sexy side. Good actress.

Tiffin has come a long way since playing little Tom Riddle in Harry Potter and the Half-Blood Prince. He strikes me as an interesting mysterious kind of actor, it’s his look and tone. He did well with the role of Hardin. Definitely projected the bad boy with dark secrets vibe.

It was a great pairing of two rather unknown actors who had very good on-screen chemistry.

It was entertaining. Pretty predictable early on. You just know these two will get together, but it’s their interplay leading up to it that’s laid out nicely. One of the more intriguing young romantic dramas. Good looking talented leads that infuse life into characters that only previously appeared on a page.

The movie has a fantastically seductive soundtrack. Ariana Grande’s “Dangerous Woman”. Selena Gomez with “Good For You”. Pia Mia and more! All songs fitting with the style and plot of the movie.

I didn’t read the novel, but I’m compelled to do so after seeing the film. There is a definite possibility of this becoming a franchise, as the book sequel exists. I’ll admit that I’m a sucker for a good romance. This one doesn’t have the sappy melodramatic Nicholas Sparks formula. After is edgy and cool. One of my favorite romantic dramas in years.

There was a lengthy dry spell in romantic dramas of all kind, but they are slowly making their way back. There is appetite for them that never went away. After is a great starting point in bringing back the romantic drama, just with a whole lot of sexy spice and sultry flavor added to it.