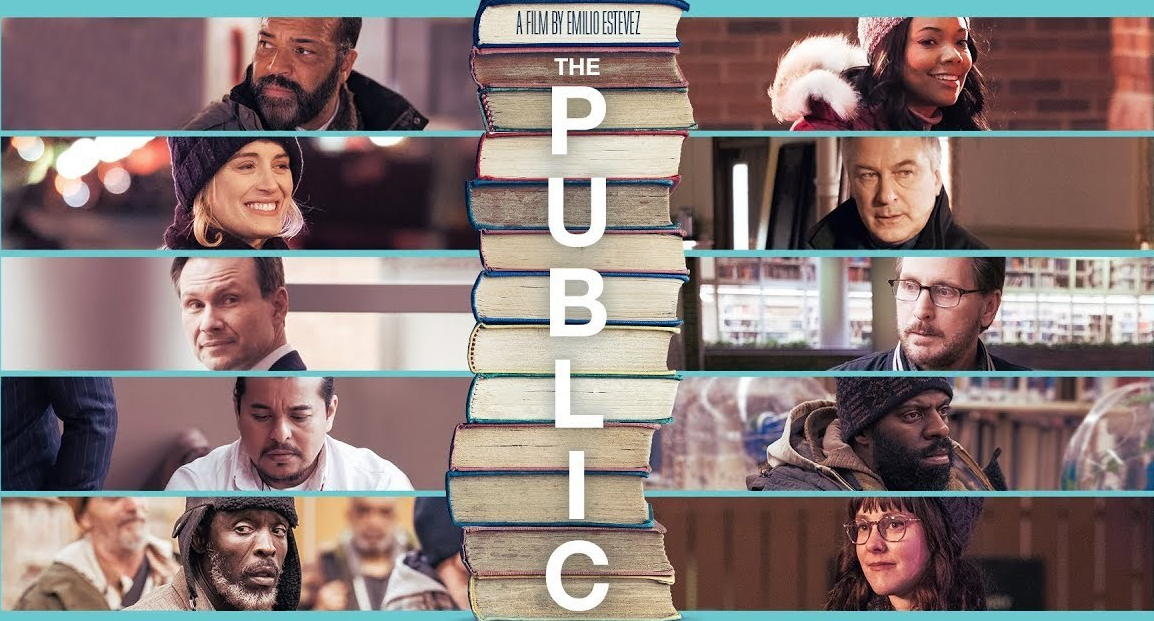 Some movies entertain and some provide a meaningful message, The Public accomplished both. Written and directed by Emilio Estevez (The Breakfast Club), tells the story of Cincinnati homeless patrons taking over a local public library and the public spectacle that ensues.

Estevez has assembled an all-star cast that includes Alec Baldwin, Taylor Schilling, Jena Malone, Christian Slater, Gabrielle Union, Michael K. Williams, Jeffrey Wright and more. Each of these actors has a distinct role and contribution in the movie. Interestingly each of their characters also plays a significant part and a different viewpoint of the spectacle that takes place when these group of homeless people takeover a Cincinnati public library.

The sit in that the homeless organize was in most part to avoid the freezing weather conditions outside, but what they created was a firestorm of reactions. The significance is that the movie offers several perspectives from various angles, the police, local government, media, library officials, local civilians and the homeless patrons. The media speculates and rushes to judgement without uncovering the entire story.

In all the chaos the homeless folks are the ones who find the humor and attempt to deflate the tension, even while standing their ground. They also are the ones who appear to be the most rational of all involved.

Aside from entertaining and providing humor, what Estevez manages to highlight is the issue happening in front of us on a daily basis. This movie is a conversation starter and provides us an inspired education on a serious issue. Humanity matters and the Estevez champions the people who often don’t have the voice and platform to be heard.

There is no denying that we have a major homeless problem as a country. Living in Los Angeles, you can’t help but wonder how the homeless situation can be resolved. There just seems to be a lack of focus on the situation and helping get these people off the streets.

It takes a group effort, federal and local governments need to come together, along with local businesses to help getting these men and women off the streets and into shelters and providing them with work opportunities. Easier said than done, but possible. Just seems to be a lack of emphasis on making major strides in accomplishing that.

Overall, The Public isn’t a perfect movie by any means, it has some plot faults that don’t stick, but it accomplishes what it sets out to do. Estevez brings a lot of heart to this film on and off screen, by shining light on the cultural issue that’s often times ignored and one that’s not going away. The movie has enough heart to elicit a response from the viewer and give them perspectives in order to start a conversation and make change.