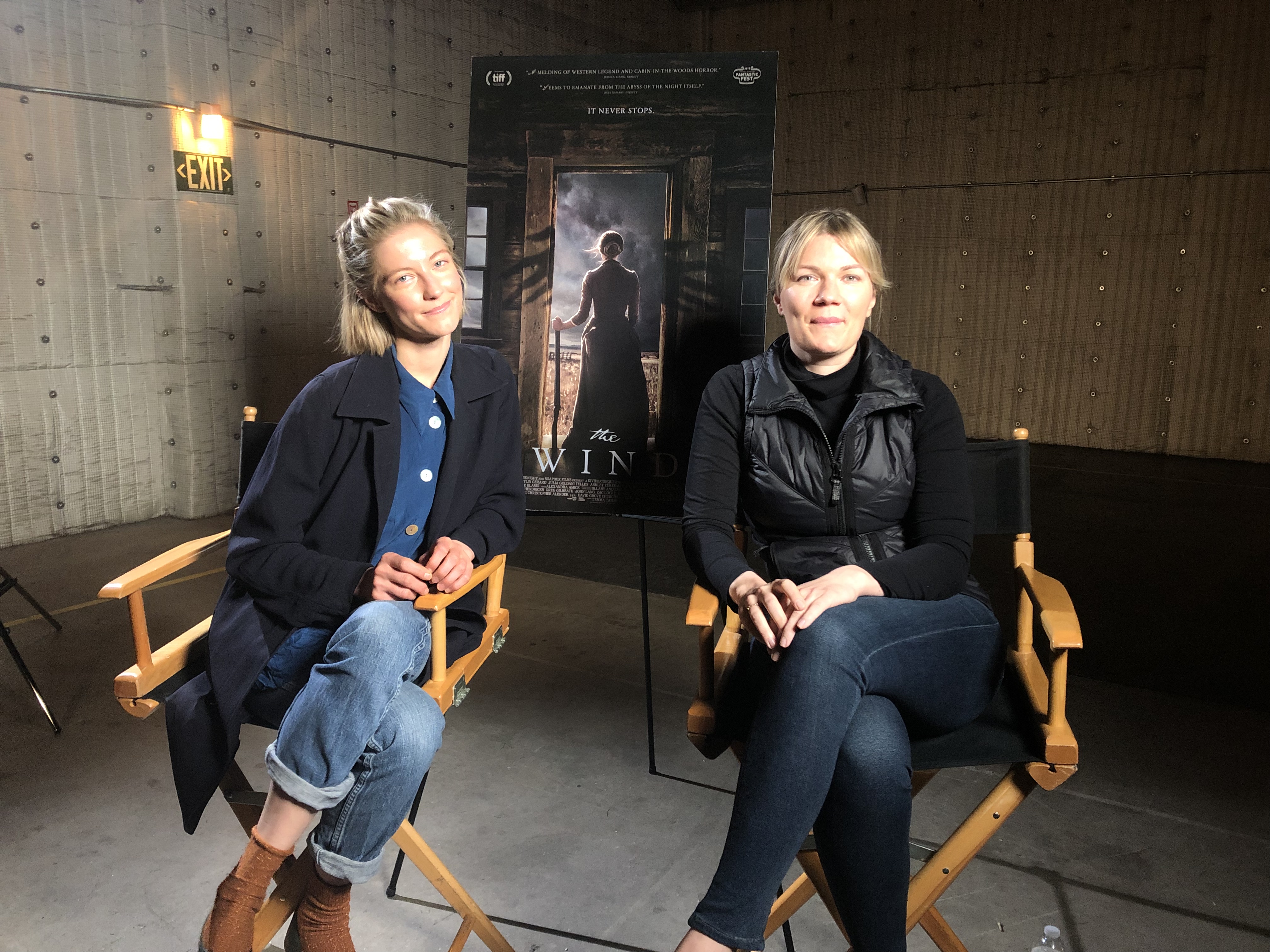 Director Emma Tammi delivers something fresh to the world of horror,even if it’s set back in the 1800’s. Tammi’s indie horror The Wind releases on April 5th and Reel Talker had a chance to be part of the press day for the film that featured Tammi and the star of the film, Caitlin Gerard. Jim Alexander talks to Tammi and Gerard about the making of the film in the video below.

Press junkets are pretty cool. Can’t top that background set-up we had. It was dark and gloomy, a very fitting space. I felt Caitlin and Emma did a great job describing their experiences on the set and their feelings about the characters. Loved the dog story, how funny. Eric the dog is now getting his mini celebrity moment!

I learned that the film shoot took place in New Mexico, which makes sense when you see the film and the landscape of the land the story takes place. They certainly created a sense of isolation that’s witnessed on-screen.

This was a fun experience for me and Caitlin and Emma were engaging and fun to talk to.

THE WIND opens in Theaters in select markets including New York & LA and On Demand on April 5, 2019