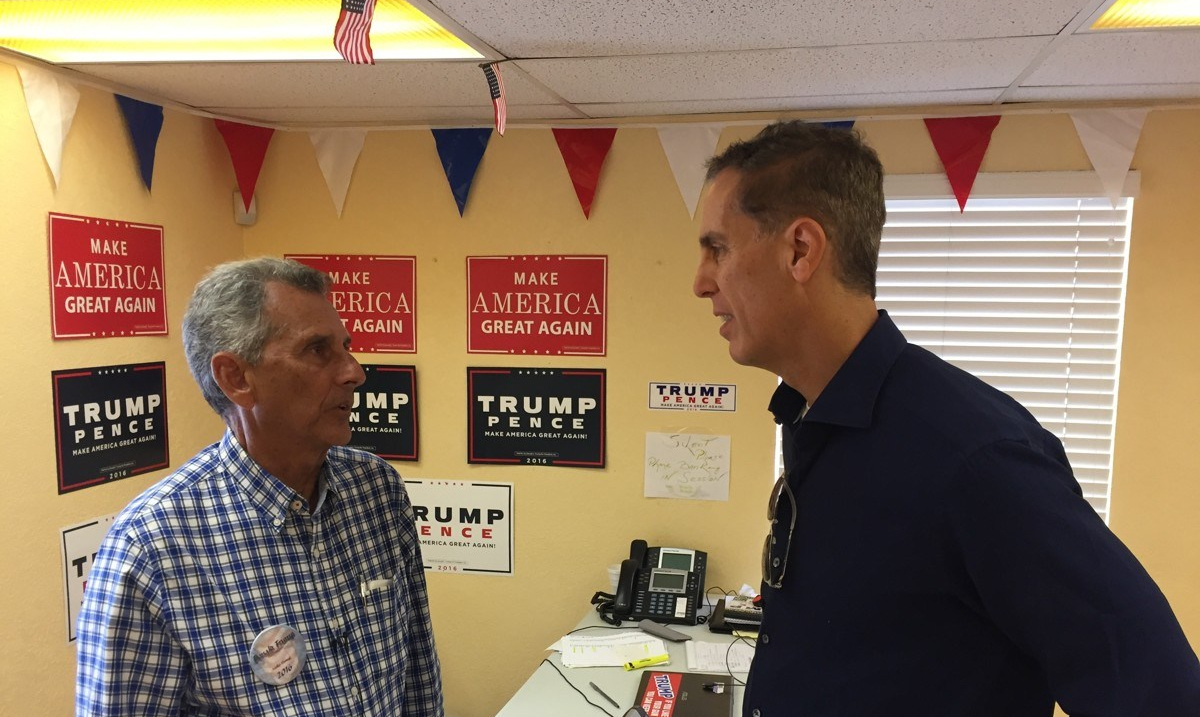 It’s Election Day in America! Go out and vote everyone. In the spirit of a monumental day that can decide the course of our future, I had a chance to speak to filmmaker/producer Jim D. Stern about the 2016 Presidential Election he documents in his documentary film American Chaos. Jim shares his fascinating experience traveling the country and talking to people about the election that ended up with Donald Trump becoming President.

This was a real fun conversation. I’m not the biggest politics junkie, but Jim certainly got me talking and thinking. He makes a great valid point on the two fundamental reasons he felt Trump would win. Hilary not being a candidate that people can relate to and support and having a party winning three consecutive times. The candidate with the most passionate followers usually wins. Pretty true when you think about it.

It blew me away about how certain and confident Jim was in how he felt Trump would win leading up to the election. Jim made a point nobody can deny, that Donald Trump is a heck of a campaigner.

The biggest surprise to Jim was that he liked the people who were Trump supporters. In a way I’m not surprised at all by that. Being a documentarian covering a story like this, you have to be open minded and unbiased, no matter what your beliefs are. It’s the only way to tell a story, which was his goal.

When he talks about us as people living in different realities and having the internet separate us, really stuck with me. He’s completely right. As much as we feel connected worldwide, we separate due to the criticism against each other.