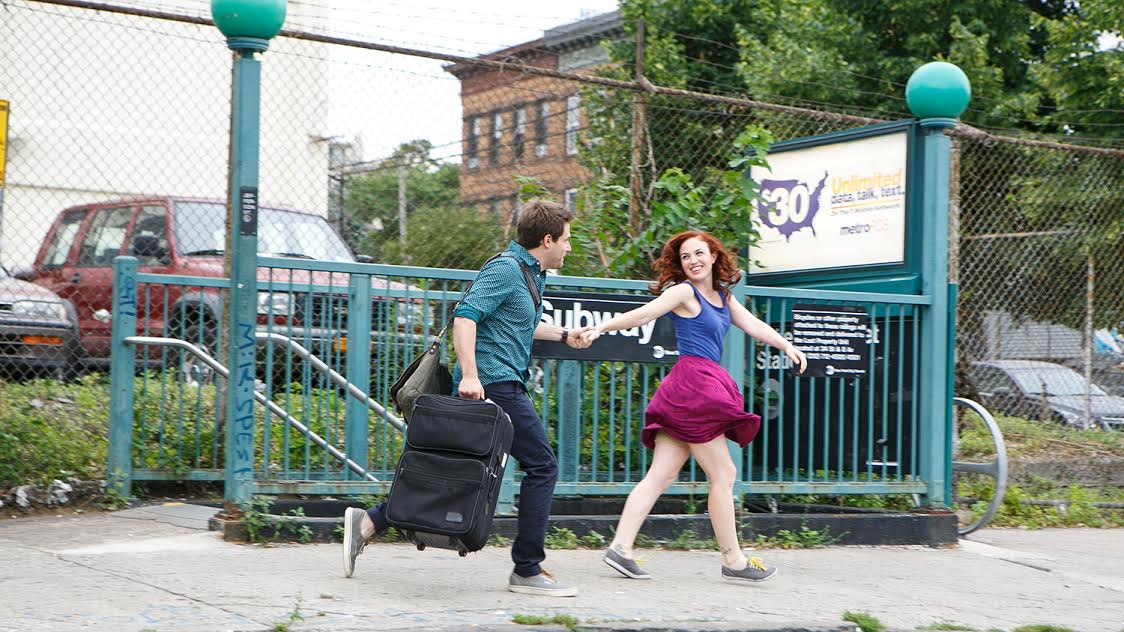 Landing Up is a fascinating film about two homeless women trying to hustle their way to daily survival. The movie stars Stacey Maltin and Ben Rappaport and directed by Dani Tenenbaum. I had a chance to speak to Dani, Stacey and Ben about the film and they share their experiences in the making of the film.

SPOILER ALERT: There are some plot reveals after the 15 and the 22 minute marks. So be mindful if you don’t want anything spoiled.

Three person interviews on the phone can be very difficult, but this group made it easy and seamless. After watching the film, I had so many questions that I wanted answers to. This is where I’m fortunate to get the opportunities to talk to the writers, directors and actors of the films I cover.

I appreciated the honesty from them. I brought up some plot holes, such as the lack of the backstory of the character and later on an apparent murder that occurs to a character. I loved how Dani followed up the latter question with telling me to wait for Landing Up 2, that was some good deadpan comedy there. I give them all credit for answering it honestly and sticking to their vision.

I completely understood by their answers what they were trying to achieve and it made sense. This is why making assumptions on movies and certain plot decisions is usually a one-sided task, but getting an opportunity to hear it from the filmmaker is very informative.

The ending of the film is open ended so it I enjoyed hearing their take on the ending and how they wanted to leave it up to the viewer to decide. I always appreciate when a film can involve the viewer and let them make a decision and force them to think about the movie on a deeper level. We tend to want the immediate satisfaction and be told how to think through the plot, but leaving it open-ended is always a truer to life conclusion. Life is open-ended, so why aren’t our movies like that also?

Independent filmmaking is never easy. Lack of budget and permits really hinders many productions, so hearing about their permit issues on shooting at a particular subway was interesting to hear this nugget of info and find out how they navigated this behind-the-scenes issue.

Stacey, Dani and Ben were really fun and engaging to talk to. It’s easy to do an interview with people who are passionate about their work and appreciative of the response they get to it. I enjoyed the film and had some good takeaways from it. I sure hope the film does well and people go out to see it.

‘LANDING UP’  is out now on DVD, Digital and VOD

Previous post Must See Home Releases of this Week