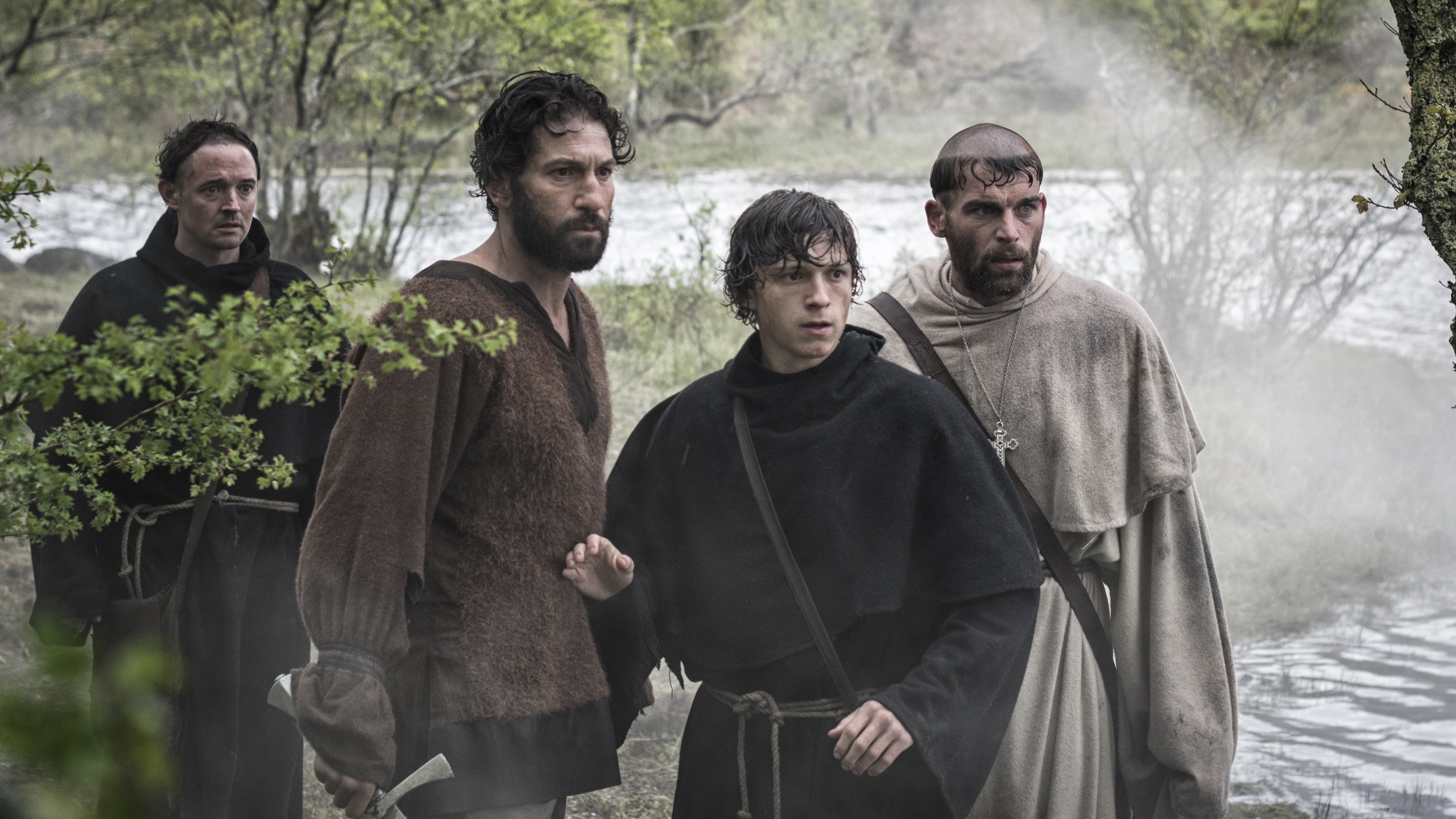 Pilgrimage (in theaters & VOD on August 11) tells the story of a group of monks on a journey to Rome in order to deliver a holy monastery relic. The film stars Tom Holland, Jon Bernthal and Richard Armitage. I had an opportunity to talk to the director of the film, Mr. Brendan Muldowney. In my interview Brendan discusses the weather troubles the production encountered during filming, he talks about the three lead actors Holland, Bernthal and Armitage, and he shares with me his former unique hobby, which is quite shocking when you hear it. An excerpt of the interview and the full audio can be found below:

“Tom Holland, who I’ve seen in ‘The Impossible’ and ‘How I Live Now’, he wasn’t Spider-Man, Tom was the first one on. I saw him in those films and I thought he was brilliant. Thought there was a great truthfulness to him, that’s what I was looking for.” — Brendan Muldowney

When it came to the weather I expected to hear that it played in naturally to the film. The answer I received was the opposite. Apparently, there was a heat wave while they were shooting and those cool gloomy dark shades of the skies in the background were computer digitized and enhanced.

I really liked the fact that Brendan didn’t give a copout answer when talking about what attracts him to films, good stories being that answer. Brendan’s answer was cult movies. That’s really cool and interesting to hear. I enjoy finding out quirks or special interests of the folks I get to interview. When I asked Brendan this question, he told me he used to canoe for Ireland. I think that’s just badass and so unique. This is the kinda stuff I get a kick out of hearing and would like my readers to know about.

Pilgrimage releases in Theaters, Digital HD and VOD on August 11, 2017