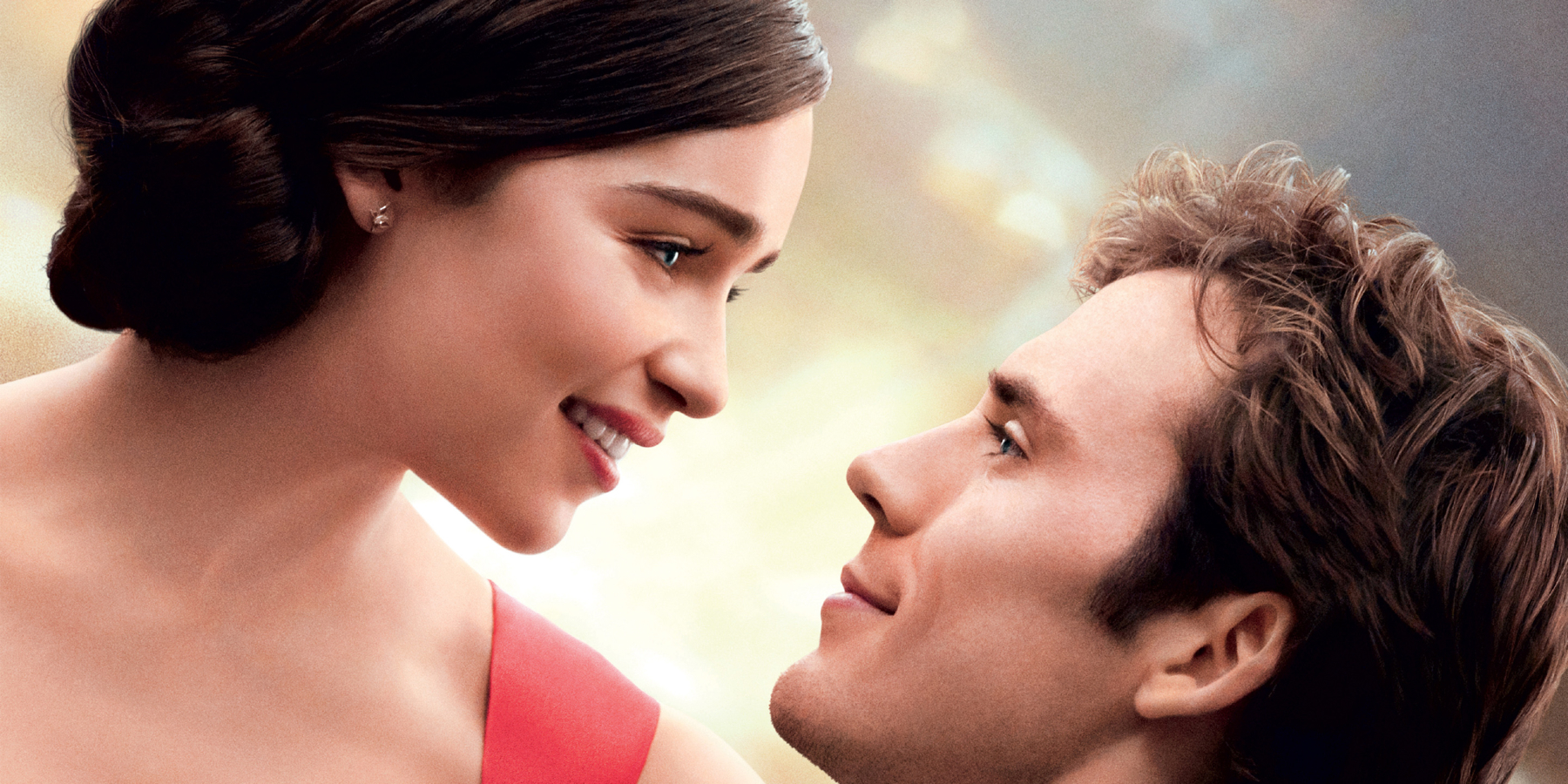 Synopsis: A young woman forms a bond with a paralyzed man that she takes care of.

Me Before You is the best romantic movie I’ve ever seen. I can’t think of more impactful and powerful romantic drama than this. It’s simply all you could want, not just in a romantic movie, but any movie in general. I’m IN LOVE with this film. I’m getting chills just thinking about it.

Based on the Jojo Moyes novel of the same name, the film depicts a unique relationship between a caregiver and her paralyzed patient. Emilia Clarke from Game of Thrones plays Louisa Clark (funny), a bubbly out-of-work girl who comes across a job to take care of paralyzed patient confined to a wheelchair. What she doesn’t realize is that the patient she will be taking care of is a handsome and wildly successful young man. What starts out as a rocky relationships blossoms into something special.

Yeah, I get it. Such a cliche plot, a girl meets a guy, they bicker at first and then they fall in love, right? Not really. The film actually goes against most romantic stereotypes and doesn’t fall into the obvious realms of meet, overcoming obstacles, and get a happy ending. Of course there will be elements that follow a romantic formula, it’s how these films are made. This isn’t as somber of a movie that it might seem to be, it’s actually quite funny and very charming.

The polar opposite personalities between Clark and Will Traynor (Sam Claflin) is what draws you in at first. She’s such a happy-go-lucky girl that you can’t help but root for her. She’s a girl with a positive and upbeat persona, that seems to have an angelic-like heart. Additionally, she has some snark and sarcasm in her that meshes well with her determined stubborn side. She looks like the pretty girl next door, but when she wears that red dress she turns into a complete knockout. Her bright and happy smile lights up the scenes she’s in. Clarke does great work with the character. She nails the essence of who Lou is. I can’t imagine anyone else playing the part of Louisa. A woman any man would love to have in their life.

Claflin is equally impressive as Traynor. At first he projects this aura of arrogance and smug wit. He’s fairly unlikeable, especially when you see all that Lou has to go through to be acknowledged by him. In a way it’s understandable, he’s in a wheelchair, can’t imagine what life is like, especially for someone that young. The thing about Will is that you see layers of his personality be peeled away as the movie progresses. There is a man that’s shielding away all the hurt and regret that he’s been living with since the accident, but this woman is showing him a side of her that gives him hope.

On a small scale that concept can be applied to dating. It’s difficult to date, even harder to find the right person. Lou is dating a guy named Patrick (Matthew Lewis) who is sort of a egocentric self-absorbed douche that constantly takes her for granted. The more time she spends with Will, the more she sees how her boyfriend is neglecting her. I can relate to Claflin’s character in the sense of our desires of finding and hoping to find someone that will unlock your heart and make you forget about all the previous disappointments. That special person that’s worth it all, that will be by your side no matter what, and cheer up when you’re down. That’s what we all hope to find at some point in our lives with a significant other. The story between these characters projects that exact feeling and message.

The on-screen chemistry between Claflin and Clarke is uncanny. The subtle glances, the smiles, the overall feeling they project when paired together is mesmerizing. It’s not because of the sexual chemistry between them, it’s more about the human bond they share. Treynor refers to Lou as “Clark” and while it may sound dismissive, but it turns into something really sweet and endearing. That’s exactly what makes this movie so spectacular.

In most romantic movies when the characters start falling for each other there is this insatiable physical passion consisting of a lot of kissing and eventually sex. What separates this film from all the others is that it doesn’t use physical intimacy as a crutch. They have two kissing scenes and don’t have sex, at least it’s not shown. Not that he can’t because he’s disabled. She actually stays faithful to her douchy boyfriend Patrick. Instead of going the easy physical and sexual route, the film focuses on the personal and emotional connection between Lou and Will. I appreciated that, it’s rare you see that in films these days. That tend to need to cram as much sex to a movie as possible.

The film looks so simple, yet spectacular. The scenic shots of the Pembroke Castle, and the picturesque Wales countryside makes it an immediate bucket list destination upon seeing the film. The dialogue is so well-written, probably due to the fact that Moyes not only wrote the novel, but the screenplay for the film also. Movies get a bad rep for not being honest to the book versions they are inspired by, but to have the actual writer of the novel write the screenplay was a fantastic choice. The collaboration with first time director Thea Sharrock lends the film a female perspective that’s both engaging and personal. The dialogue is clever and smart. The lines seem authentic and fitting to what the characters would say. The humor is one of the underrated parts of the film that might get overlooked in all the heavy emotional context. It’s as uplifting and hopeful of a movie as it is sad.

The soundtrack for the movie blends in with the storyline as well as a soundtrack could. X Ambassadors “Unsteady” is the theme song for the film. They couldn’t have picked a better choice for a song.

Other songs that appear in the film include: Ed Sheeran’s “Photograph”, Imagine Dragons “Not Today” and Jesse Ware’s “Till the End”. All fantastic musical choices to represent the film. I will in love with the soundtrack as well as the movie.

Honestly, nothing. I can’t find anything negative about this film to write about. It’s as close to perfect of a film as you get.

This is a guaranteed tearjerker, and in the best way possible. The story is so powerful, honest and emotional that makes it impossible not to cry, unless you aren’t human. It’s a beautiful film. Creating real tears and feelings is all you can ask and hope a movie can make you feel. Falling in love with the characters and immersing myself to the story wasn’t hard. I was draining tears for two hours and I loved every minute of the emotions this film made me feel. Not having read the book, I was fairly surprised with the non-cliche ending. I was taken back by it, but pleased with the honest nature of the film staying true to itself.

Undoubtedly this is my favorite film of the year and the best romantic film I’ve ever seen. The Notebook seems to be the romantic movie standard to many people, but this is just a much better and authentic story. Love has no boundaries or restrictions. The central message of the movie hits home. It’s about appreciating moments in life, big or small. Living your life to the fullest. The acts of kindness and selflessness are breathtaking. Me Before You is the most impactful and emotionally stimulating movie in years, also the best one in years. I’ll most definitely be seeing it again, but don’t have me to be the one, before you.

THIS REVIEW ORIGINALLY APPEARED ON THE MOVIE BLOG

Previous post Trailer: What We Just Learned About ‘Justice League’