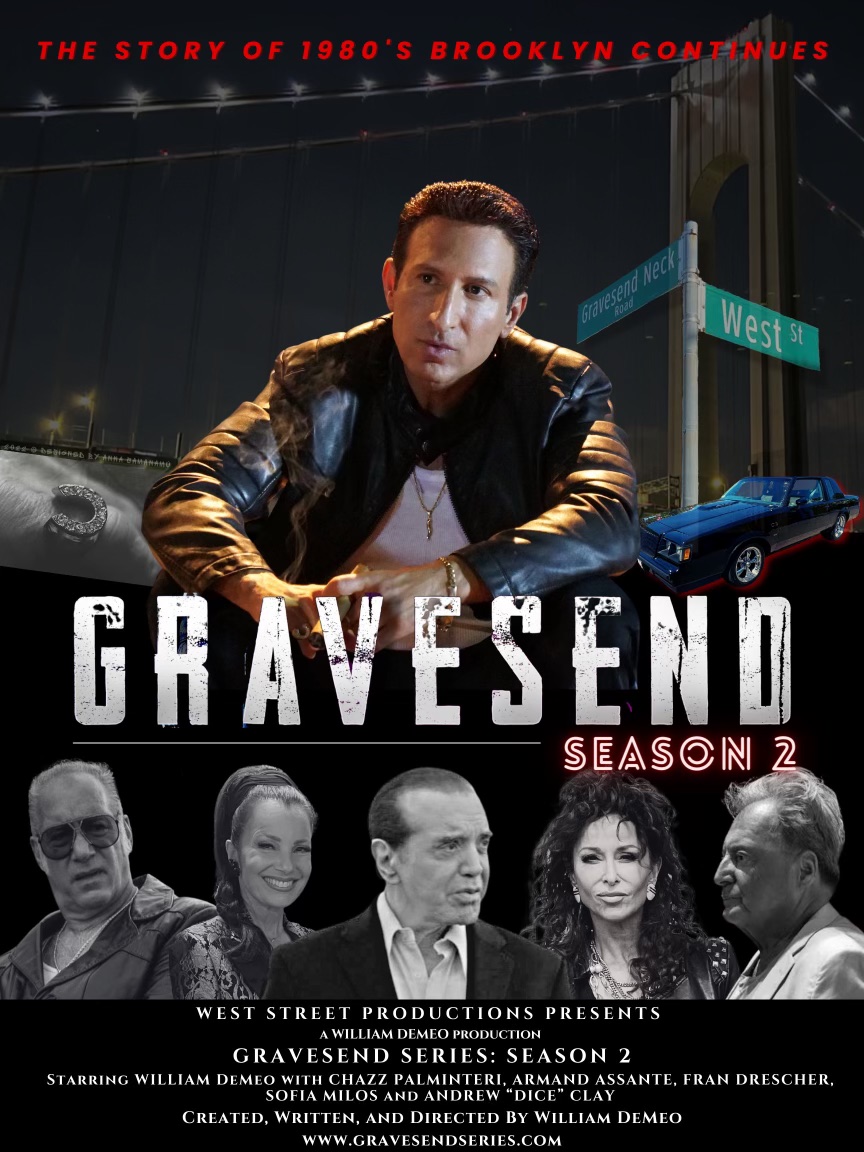 Gravesend is back. The second season of the crime drama returns. The Brooklyn mob wars continue with a stellar cast behind it. Season 2 features the likes of Chazz Palminteri, Fran Drescher, William Forsythe, Sofia Milos and Andrew “Dice” Clay, among others. Before the 9 episodes of season two drop, here is the official trailer for what you can expect: