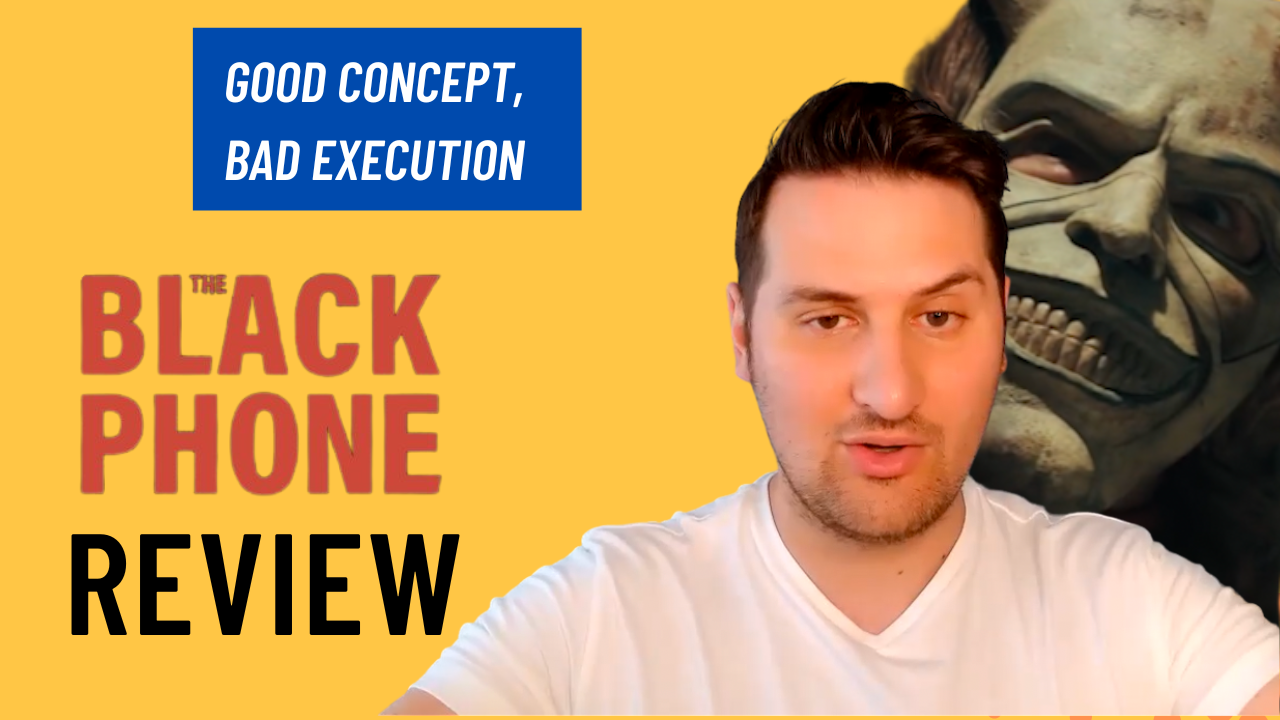 One of the most anticipated horror movies of the year finally made it to the big screens. The Black Phone, starring Ethan Hawke, was initially slated for an early 2022 release, it got moved back to the summer. Now that the movie is out, was it worth all the hype?

I’m delving into a full-breakdown of the film. What they did right and what they missed on. There will be no misses in this review. If you want a real unbiased take, this is it right below.

So much promise, so much left on the table. This film was frustrating. When you have the right people involved, in this case Hawke and director Scott Derrickson, who previously teamed for the really enticing Sinister, expectations are heightened.

I feel it all starts with the marketing. Usually that doesn’t have any impact on the quality of the film itself, but in this case it does. The trailers were completely misleading, in the fact that it focused on the villain, “The Grabber”, which Hawke plays masterfully. In the actual film, that character isn’t nearly as important or featured. It’s all about the kids that lead the charge. That was mistake number one.

The aura and time period the film is set in, 1970’s, fits nicely here. It’s show nicely with creative cinematography. No complaints on this end about any of that.

Mistake number two was making this a whole lot more “supernatural” then it ever should have been. This is supposed to be an abduction movie, fairly realistic concept, but once you start integrating ghosts, you lost me, and I’m sure many others. Mixing and attempting to matching premises leads to lack of belief, and the suspense of belief that should have been present, disregarded.

Ultimately this is a frustrating film, some nice hits and some bad misses throughout. Here are the final scores.

RELEASE DATE: ‘The Black Phone’ in Theaters as of June 24