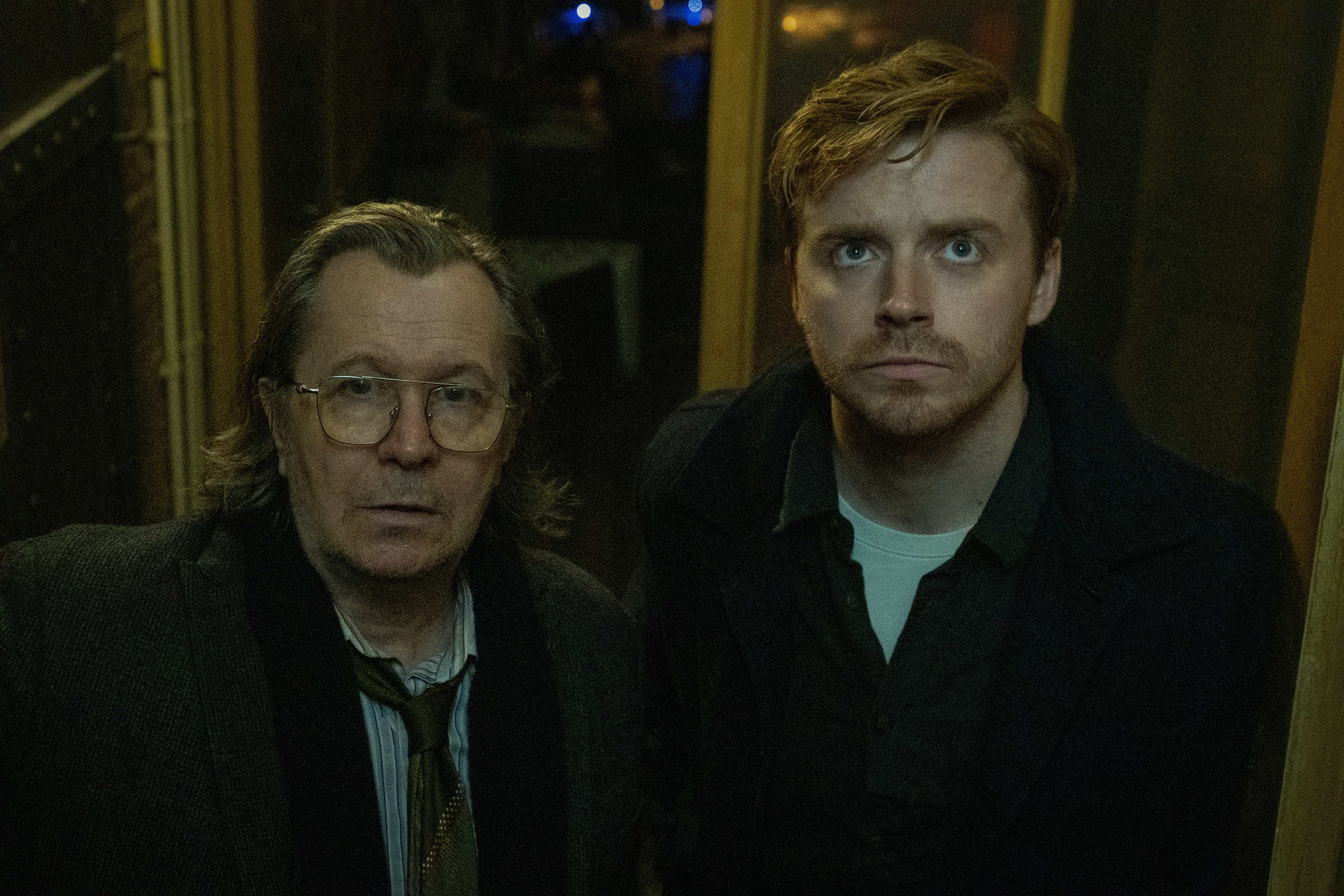 I spoke to Gary and Jack during their media tour about working together and being part of the show. The guys shared some fun behind-the-scenes stories from the set and how they bonded. Plus, a cat/jacket story you can’t miss.

Both guys were really cool. Gary Oldman has a really good sense of humor. For some reason I didn’t think he’d be that easy going, but he was. Jack was pretty quiet initially, but he really picked up on the talking later in the interview.

Gary’s character Jackson Lamb wears these socks with holes that are heavily featured. Gary cleared up the sock mystery, Olivia Cooke gave another perspective on it also. Apparently it was one pair he used for the duration of the show’s filming, but they were washed, thankfully. It was featured often, as it was featured in the novel that way.

I really enjoyed the pleasantries that Jack and Gary shared about each other. Both seem to have a lot of respect for another, personally and professionally. I’m glad Jack shared the story of his favorite memory on-set where Gary was pretending to be petting a cat, by petting a…jacket! Jack was so impressed with the acting and imagination of Gary. That’s a cool neat story. Glad he shared it.

Jack and Gary seem like guys and they both do a fantastic job on the show. I’d recommend checking it out, it’s grounded, intriguing, fun and entertaining.