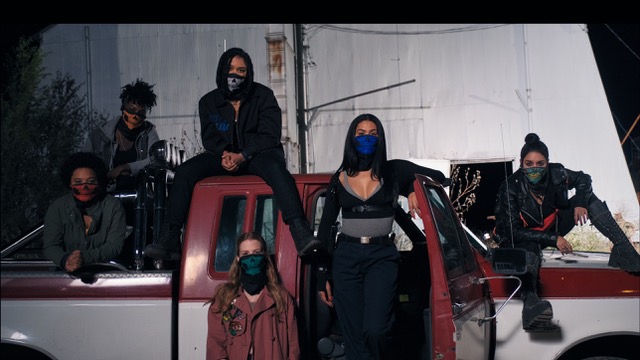 Are you asking for it? Well, now you shall receive. The trailer for Asking For It just dropped. A young star-studded cast unites for what looks like a whole lot of on-screen trouble.

SYNOPSIS: Vanessa Hudgens, Kiersey Clemons, and Alexandra Shipp lead a no-mercy all-femme gang in this edgy thriller. After a small town waitress (Clemons) is sexually assaulted on a date, she meets Regina (Shipp) and Beatrice (Hudgens) and is recruited into their vigilante group of badass women. Together they strive to take down a society overpowered by corrupt men and seek the ultimate revenge while getting their own version of justice.

So from what I get from the trailer, it’s a vigilante movie with a group of women seeking payback. Ezra Miller’s character seems to be an accomplice of the group. I’m a fan of the combination of talent in the film. Talented actresses that haven’t shared the screen together yet, at least according to my knowledge.

The movie looks edgy, explosive and action packed, with some good suspense. I’m in.

ASKING FOR IT releases in Theaters, Digital and On Demand on March 4, 2022