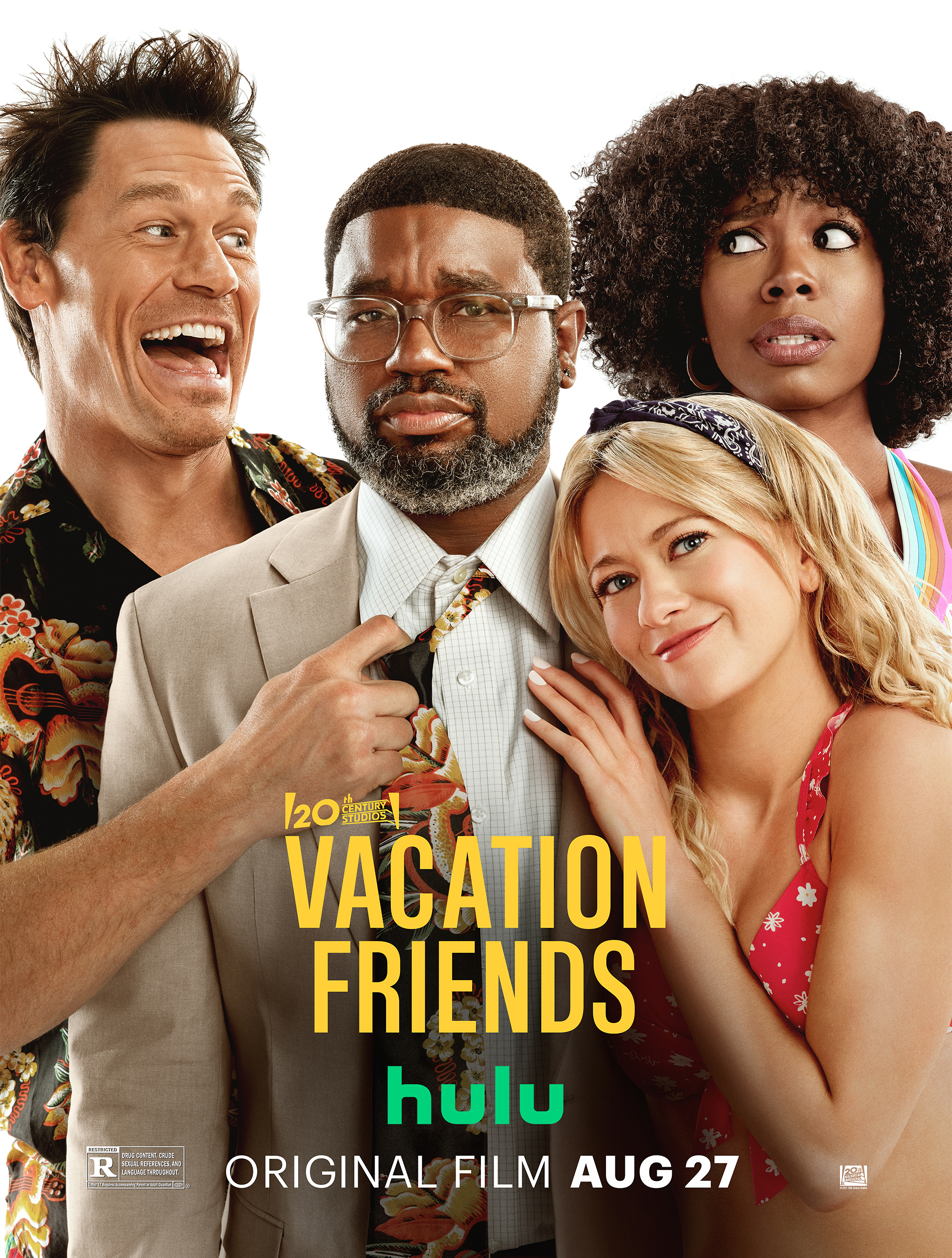 Get ready to end the summer with some laughs. Disney and Hulu just released the poster and trailer for the upcoming comedy Vacation Friends. The film stars John Cena and Lil Rel Howery. The film is set to release as a Hulu Original in the U.S. and Internationally on Star on Disney+.

Cena has on a summer takeover this year. Started with F9, continues with Suicide Squad and ends with Vacation Friends and a return to the ring. Wow. This film looks hilarious. Similar feel to Blockers. Lil Rel is a great comedic co-star to work with Cena. Also, looking forward to seeing Yvonne Orji and Meredith Hagner in the film. Best part is that it’s coming out on Hulu and won’t even have to pay extra or venture out to the movies to see it!

Next post Blu-ray and Digital Releases of the Week