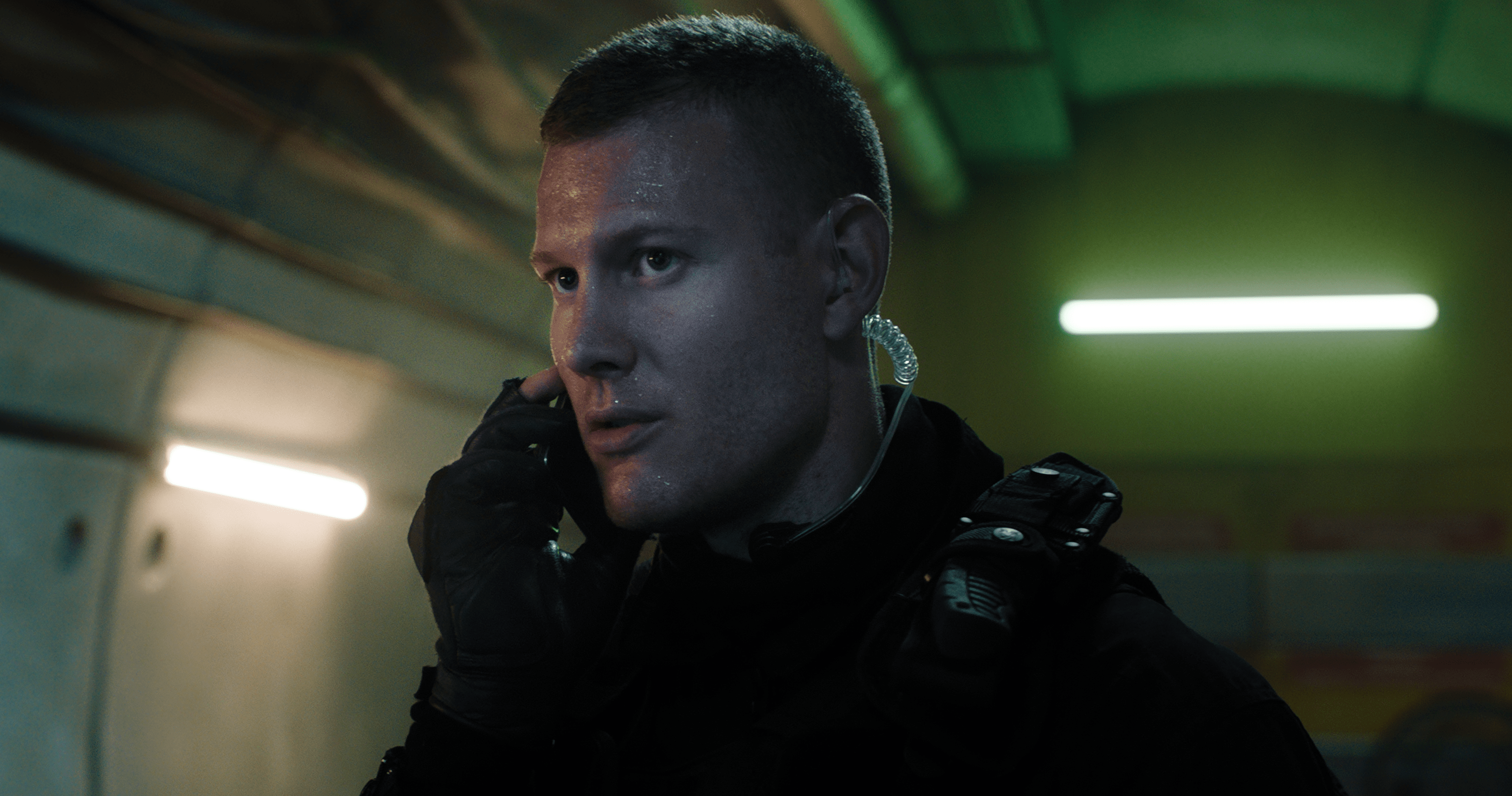 Tom Hopper is hard not to notice, 6’4″ buff British actor looks like the perfect action star. The star of Netflix’s The Umbrella Academy is currently filming season three of the show, but for those of you that can’t wait to see him in action, look no further than the action thriller SAS: Red Notice.

I had a chance to speak with Tom about his role in SAS: Red Notice on the press day for the film. Tom also spoke about the upcoming season of The Umbrella Academy and he says it was the best season yet. Check out the interview below.

Tom was really nice and cool. I could tell immediately that he was a down-to-earth kinda guy. I really appreciated him open-up about playing the big guy roles and how it affected him. He was very transparent with that. It was interesting to hear him talk about his fitness approach and how his physique messed with him a bit while trying to alter for different roles. Great honesty from Tom.

If Tom didn’t get you hyped up for season three of The Umbrella Academy by what he said, then I don’t know what could. He mentioned about it being the most fun and best seasons so far. That’s exciting for any fan of the show.