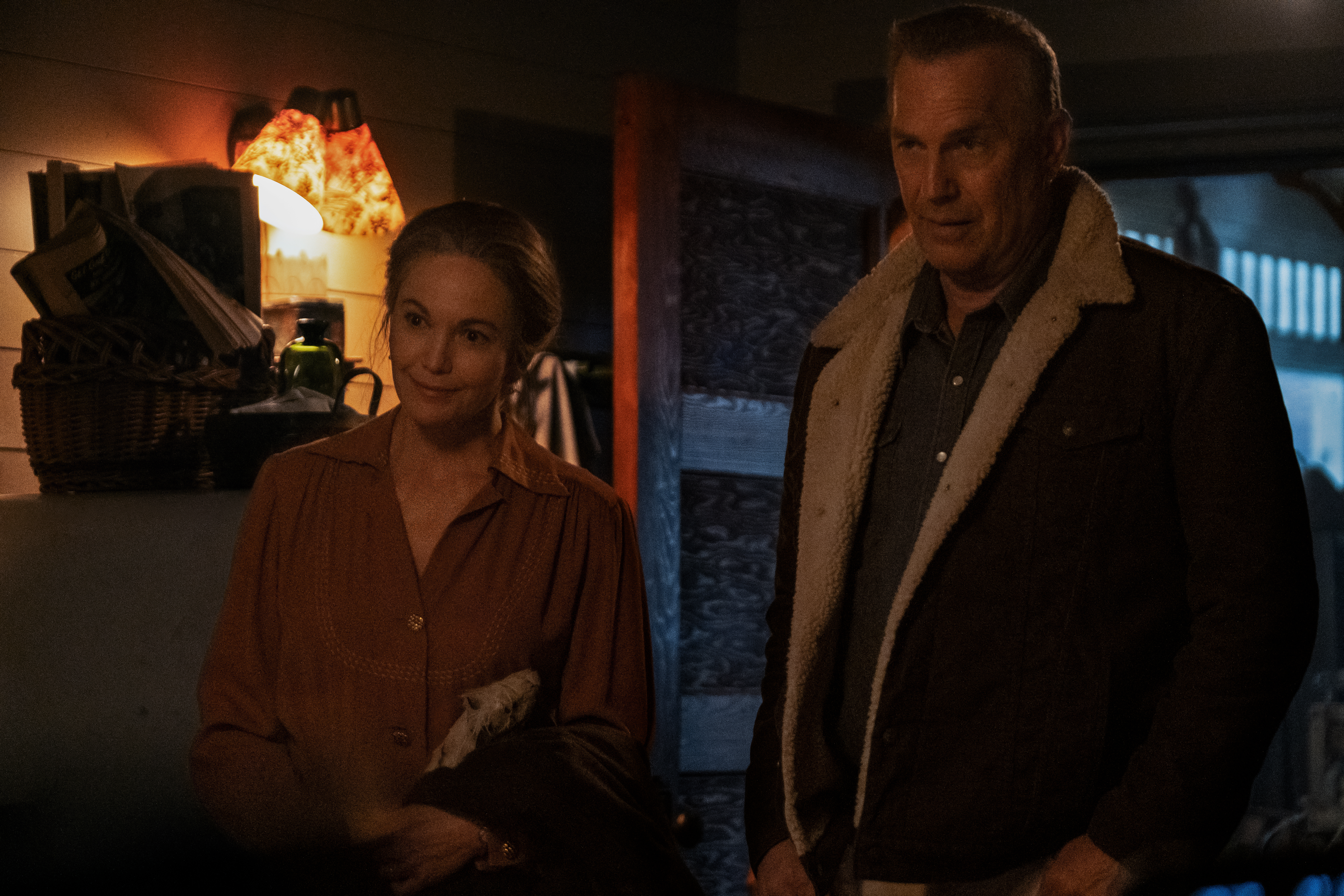 Diane Lane and Kevin Costner together on-screen. I sense powerhouse pairing. Not only do they play a married couple, but one that’s willing to cross some lines if it means getting their grandchild back. What are they willing to give up in order to make it happen. Pretty much anything. Find out if they succeed in their journey to getting their family back together in Let Him Go.

George Blackledge (Costner) is a retired small town Dakota sheriff living a quiet life with his wife Margaret (Lane), their son James (Ryan Bruce), daughter-in-law Lorna (Kayli Carter) and grandson Jimmy. All seems well until a tragic accident to James leaves Lorna a widow and the Blackledge’s without a son. Lorna remarries and flees town with Jimmy. Now without their son and grandson, George and Margaret are grieving and motivated to be reunited with Jimmy in order to preserve their family.

What awaits George and Margaret is a search for their grandson that’s full of roadblocks and ultimately a duel with the evil Weboy family that Lorna married into. This isn’t a mild mannered custody battle. Fists, gunshots and blood will abound in this family struggle.

The movie starts out slow and takes a while to get cookin’. It’s a drama with a western/old country look to it. I didn’t get a sense it was a thriller till the last 15 minutes or so, which ramp up on the action and intensity to the point that it feels like a different film. They should have inserted more of the “thriller” vibe earlier on to move it along faster. The pacing was fairly slow, so an earlier injection of action would have helped.

The Weboy family is pretty strange, so that was fitting for a villain that holds your godson and his mother hostage, which they actually did. The part that felt off was that the Weboy mama, played by Lesley Manville, was too over-the-top. The character, not Lesley. She was the evil genius in the family that was most imposing. Just for some reason that didn’t connect. She was looney for sure, but I didn’t buy that she would be this imposing obstacle for the Blackledge’s to overcome.

The sets looked good and even though the story wasn’t set in current day it was in modern time. It did feel to me that it took place in the late 1800’s or early 1900’s. Maybe it was the setting taking place in the Dakota’s and the old style rural life that made me feel that way? Maybe the simplicity of life that these characters lived in? Riding horses, even though they had cars. At times the movie felt stuck in a time warp.

When you have a duo of the likes of Kevin Costner and Diane Lane you are going to have strong performances at the top. They both do a great job. Even though the expectations are high when they are on the marquee. I believed in their marriage and deep love that their characters share. Even when things go slightly off the rails, that connection they have made it believable that they would do what they do.

Booboo Stewart surprised me in his performance. He played this wanderer that Margaret befriends on the road, that ends up helping them out. I remember Booboo being part of Disney shows and a brief role in X-Men. Stewart has matured as a person and actor. He held his own alongside major stars.

The performances were the strongest part of this film. Great lead actors with strong supporting performers such as Lesley Manville, Kayli Carter and Jeffrey Donovan.

The movie is mostly a slow burn. If you stick it out it’s worth the ride. The ending gets a little dramatic and extreme, but nothing that turned me off from the movie. Solid performances and a rather straightforward plot makes it a worthwhile watch. The selling point for me was Lane and Costner and story does enough to hold you through the end.

You could do a lot worse than a Lane-Costner teamup. Even if it drags you through the dull Dakota’s. Let Him Go just does enough to keep you from leaving your seat.