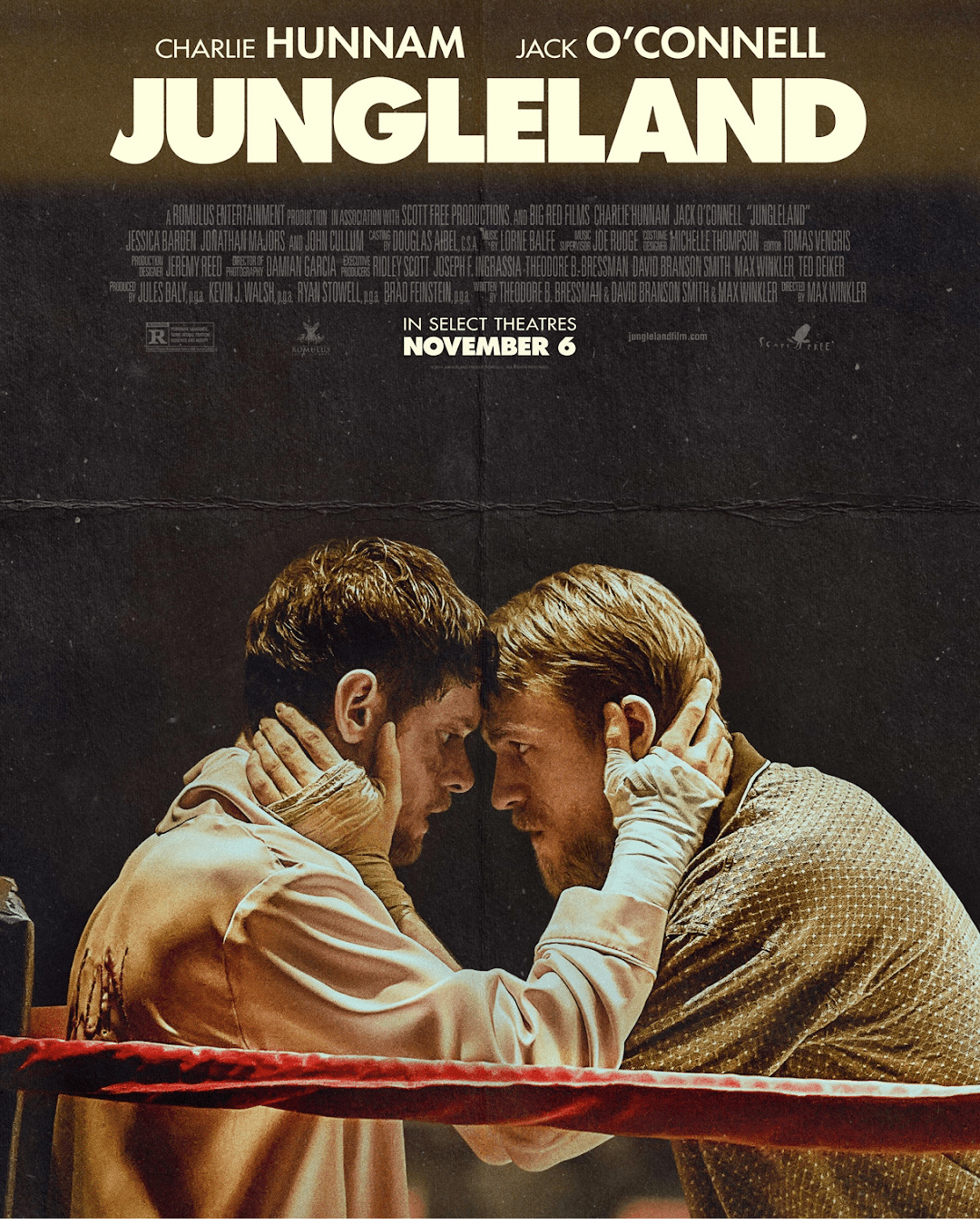 Slowly working its way under-the-radar, lurks, in what appears to be a fantastic film. The trailer for Jungleland is out and it looks really intriguing. The film has a fantastic cast, lead by Charlie Hunnam and Jack O’Connell. They play brothers who attempt to escape their troubles by the only way they know, fighting (boxing).

The trailer for the film recently released and here are my thoughts on it ahead of the November 6th theatrical release.

First thought to mind was that this film reminded me of The Fighter. The tone, look, theme just made a lot of sense that it would be comparable to it. Heck, if it’s anything near like The Fighter it’s an immediate strong awards contender, which it could be from the initial look.

I really like the cast here. Some great talent. Jack O’Connell, who is a terrific and still somewhat unknown actor, alongside Charlie Hunnam. That’ big time talent working opposite each other. Now, the supporting cast boasts the likes of the fantastic Jonathan Majors and Jessica Barden.

I liked how gritty and raw this film appears to be. The background music in the trailer was fantastic. Just flowed perfectly with the trailer cut. Dramatic and powerful melody.

The trailer just gives you enough of the taste to have a good idea what the film is about, but also leaving a lot to be desired and building the anticipation. I’m really looking forward to Jungleland!

‘JUNGLELAND‘ releases in select Theaters on November 6 and available on Premium Video-On-Demand and Digital November 10, 2020