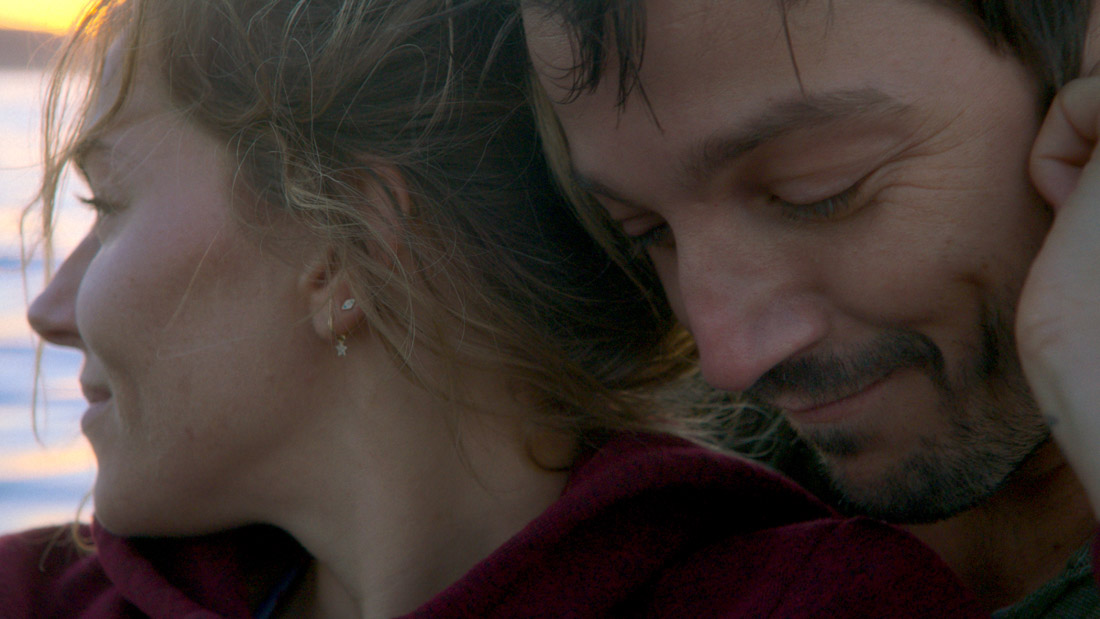 Sienna Miller and Diego Luna are teaming up for what promises to be a fierce awards contender in Wander Darkly. The trailer premiered today and this is the first look we get at this tantalizing powerful drama.

What’s did the trailer tell us? What’s the movie about? Did the trailer succeed in showcasing the movie? Check out for yourself and read my reaction below.

Wow the trailer for Wander Darkly packs a punch. I felt like I watched a short film without any spoilers. That’s what a steller trailer should always be. This one hits the mark.

Initially the first 30 seconds looks like a drama about a marriage on the rocks that’s about to come to an end. I’m thinking something along the likes of Marriage Story then bam! Out of nowhere a head-on car crash immediately changes my view.

Diego Luna’s character is seen surviving the crash, while Sienna Miller’s is a living spirit tracing the life events post-crash. From there on the trailer sets a mysterious and eerie vibe. Seems like Sienna’s spirit is able to reach Diego. That opens up a whole new dimension if that’s the case.

Maybe she’s imagining? Maybe she’s dead and this is her vision of the afterlife? She could also be in a coma? Maybe she’s just a ghost. So many possibilities exist.

This looks to be like a very strong performance from Sienna and one that the movie will be centered around. I can see this film covering the themes of love, relationships, spirituality, death and so much more. Can’t wait to see Wander Darkly when in releases in December.

‘WANDER DARKLY’ releases in select Theatres and On Demand December 11, 2020