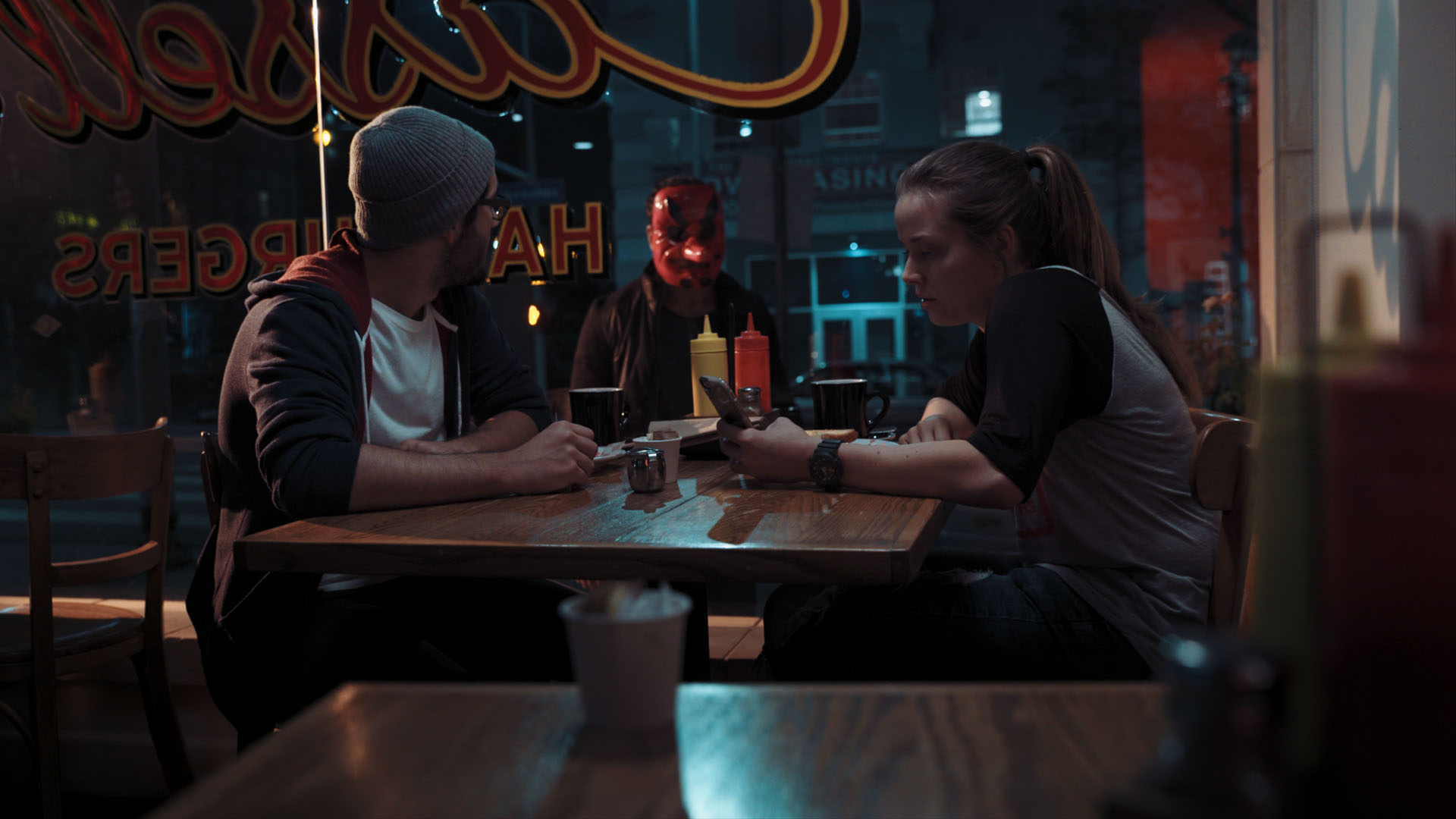 As many of you know, I’ve been a big proponent of Followed. I have been very proud of the film and it’s success. I had spoken to the director Antoine Le previously. So it was great to catch up with the stars of the film Matthew Solomon and Sam Valentine.

We reminisced about our first meeting at the premiere of the film back in 2018. Matthew and Sam shared stories on their experiences from the making of the film. Plus, I got to joke around with Matthew about his Humira commercial.

This was a blast for me. Sam and Matthew are so cool and fun. Great personalities. I felt as if I was catching up with long lost friends. I’m so happy for their success and the success of the film. As I’ve mentioned previously, I remember being the only media person to see the film at the Burbank Film Festival in 2018. I knew right away that if people got a chance to see this film it would be well received. Now, I had no idea that two years later it would be the number one movie at the box office!

It was cool hearing them reminisce and share stories from the set. I didn’t know Matthew and Sam had a close friendship since filming. That’s awesome. Some of you may recognize Matthew from the Humira commercial. I had to bring that up. I’ve been seeing him on that commercial a lot lately. We had a fun banter about it.

I had heard from Antoine that while filming in the hotel they had encountered some paranormal activities, now Matt and Sam confirmed on that. How freaky!

I certainly hope these two talented actors get more opportunities. They were both really good in Followed and I’m surprised they haven’t had their breakout yet, but it has to be coming soon. Great conversation with them and hopefully get to catch up with them again soon.

‘FOLLOWED‘ comes to VOD (video on demand) on September 1, 2020 from Global View Entertainment