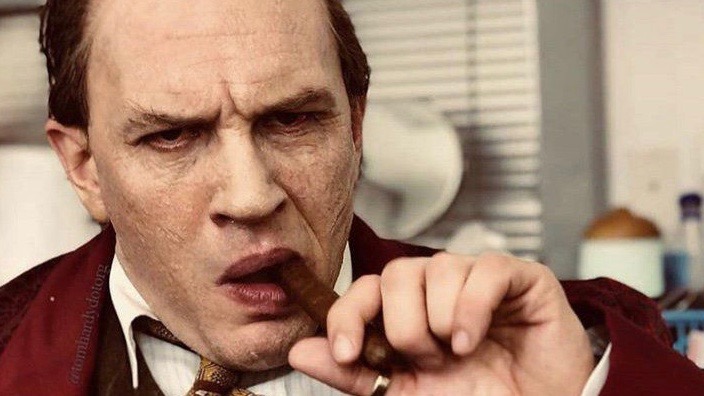 Tom Hardy is a fearless actor. There is no part too big or small for him, so why not take on the role of the infamous gangster, Alfonse “Al” Capone. The first trailer for the film has dropped. What are we going to expect or see? Take a look at the sneak peak at Capone before it’s slated VOD release on May 12.

This movie looks intriguing. A part of me wishes we could save it for a theatrical release, but considering the times we are in, that might not be a possibility for a long time. Capone is slated to release on VOD on May 12, which is less than a month away. That’ the exciting part.

Once again Hardy seems to nail the part of Capone. The most notable aspect is that this isn’t the Capone in his prime ruling Chicago that’s being portrayed. This is an elder Capone at the end of his life, seemingly having terrors about his experiences haunting him. It’ a Capone dealing with dementia. It’s a very interesting take on an infamous character we have seen portrayed during his mobster haydays.

The cast is very interesting with the likes of Linda Cardellini, Matt Dillon and Jack Lowden. I didn’t see much shoot’em up action, but it’s more of a introverted look into the most notorious mobster of all-time. I’m most definitely intrigued about this movie and the trailer luckily doesn’t give much away.

P.S. I want to know why he has a burnt looking face? Like what happened to him? Capone looks like Freddy Krueger!

With theatres closed, Vertical Entertainment and Redbox Entertainment have teamed up to release CAPONE as a home premiere on VOD release on May 12th  with an on-demand 48-hour rental