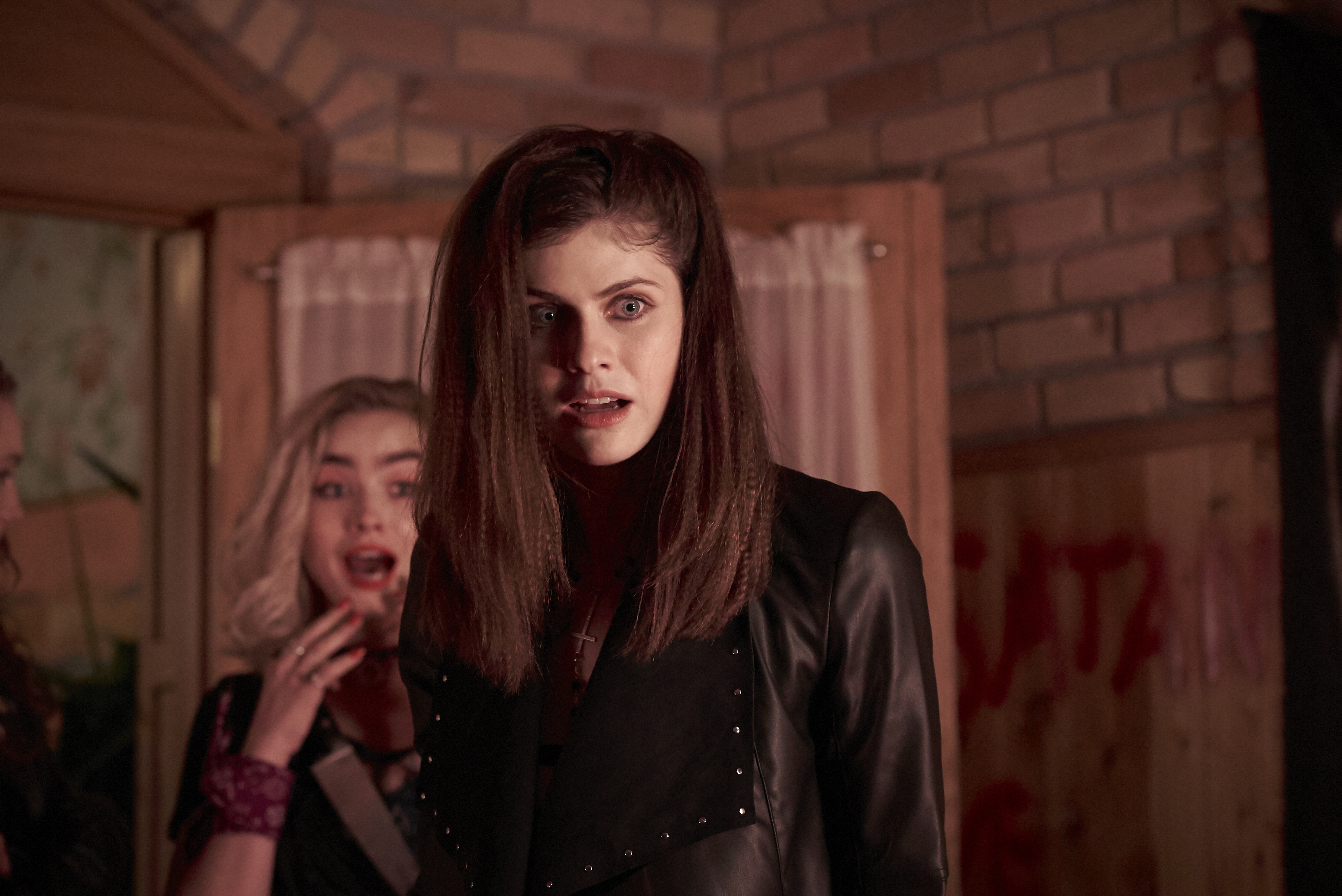 Parties, road trips and 1980’s rock concerts. Sounds like a fun memory of the past. In We Summon The Darkness, three girls get to live out this scenario. The title suggests that this isn’t the cheeriest of films, so you know some dark brooding elements are sure to follow. So does this 80’s inspired horror deliver the goods, or does it fall flat? Find out below.

Three attractive girlfriends embark on a road trip to hang out at one of their guest homes and party out at a heavy-metal concert. We can only dream about this sort of scenario these days, but for a certain few characters in this story, it turns out to be their worst nightmare.

The girls arrive at the festival/concert and immediately run into three aspiring young musicians. The guys are invited by the girls to continue the party at one of their guest homes, that’s where all sort of madness begins to take place and the death count begins to pile up.

Even though it attempts to be a horror/thriller, I found it to be more of a slasher comedy. Lots of blood and gore, I mean lots of it! It’s an easy to digest popcorn flick. Not one that will stimulate your mind with creative thinking. There are a few surprises and an early twist that you may see coming before it happens.

The movie goes after an 80’s feel, aside from the clothing and cars, I’d be hard pressed to feel confident in anointing this as any sort of 80’s themed film. It just seems that besides the initial visuals in the wardrobe, there wasn’t much attention paid to establishing the time period.

Once the plot twist is revealed there doesn’t seem to be much of a reasoning for all the mayhem. It’s more of a duel on how much gore and blood can be splattered, instead of character revelation.

I actually enjoyed the cast for this film. Alexandra Daddario leads the charge for the girls. For Daddario this is an interesting role, because she gets to cause some chaos and show-off a darker side, which she doesn’t get to do often as she frequently plays the “hot” or “nice” girl. In wrestling terms, she turns “heel” in the movie.

Amy Forsyth and Maddie Hasson play the other girls in the group. They seem to have fairly good chemistry alongside Alexandra. Keean Johnson, Logan Miller and Austin Swift played the guy trio of friends. With Johnson portraying the more introverted one out of the group and Miller being the loudmouth talker.

The casting is pretty good, some notable names and talented performers. Overall, the acting is the least of the worries for this film. Certainly many of these actors will be part of better roles and projects down the line.

I’m on the fence about his movie, part of me enjoyed the silliness of it and the actors in it, but the other part thought it was just a slasher without much purpose. It’s entertaining if you don’t take it seriously, but if you do then you’ll be disappointed.

Johnny Knoxville is featured on many of the promotions, but don’t expect to see much of him in the film. He only has a small supporting role.

We Summon The Darkness doesn’t summon much scares, but if you take it for what it is you’ll be entertained enough not to bash it. Due to the current limited amount of releases and theaters being out of commission, at least this is a fresh new choice that’s available to watch.