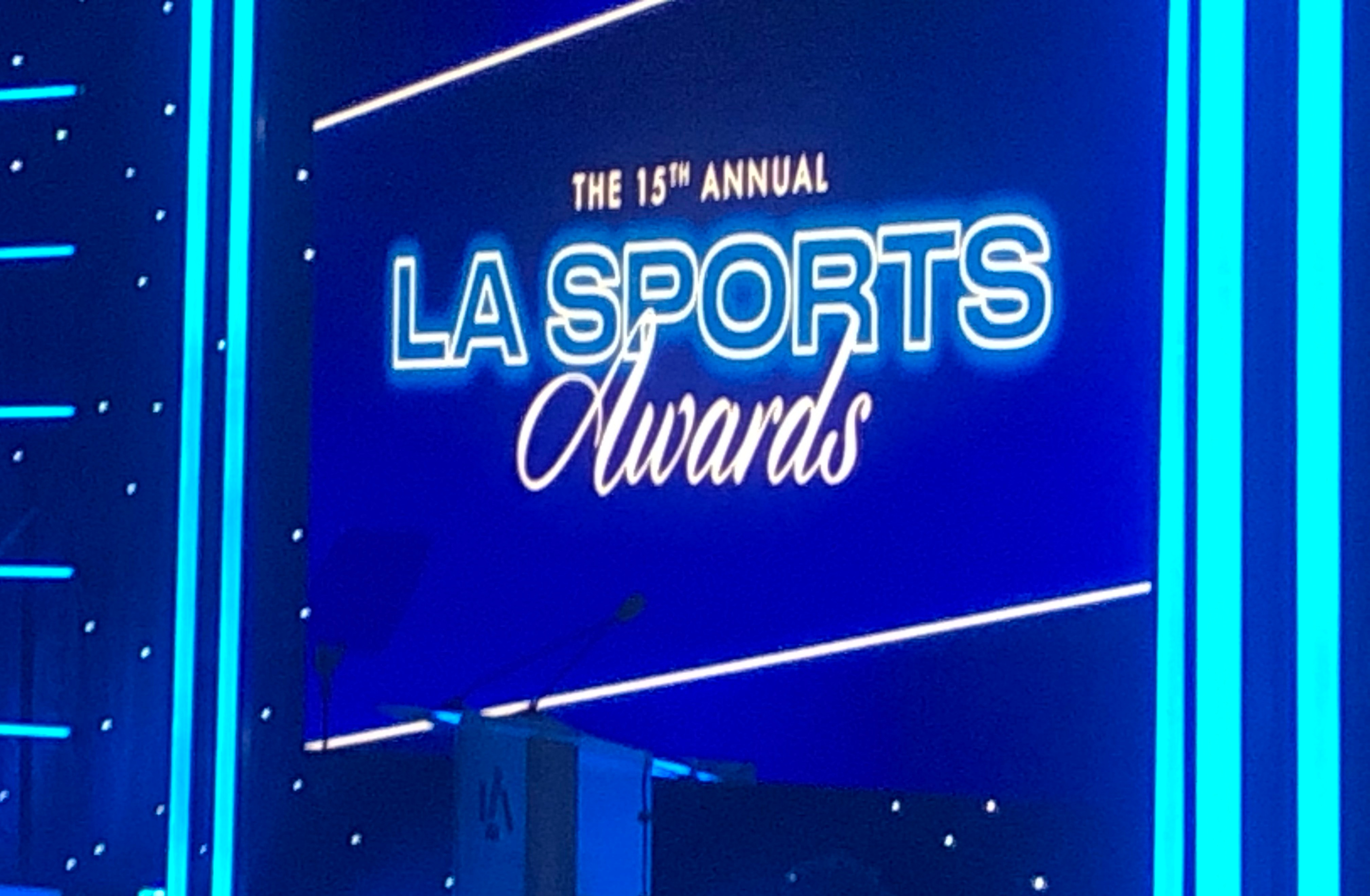 Fox Sports Kristina Pink was the event host for the night. Kobe Bryant was the big honoree of the night. Former Lakers came out to share their favorite memories about Kobe. During the show the top 10 LA sports moments were unveiled and the awards for the following categories and winners:

SPORTSMEN OF THE YEAR:

SPORTSWOMAN OF THE YEAR:

COACH OF THE YEAR:

MAYOR’S COMMUNITY ATHLETE OF THE YEAR:

EXECUTIVES OF THE YEAR:

Fantastic event. Solid turnout. It was held at the Beverly Hilton, which is a great awards show venue (Golden Globes). It was awesome to be backstage during the show. I appreciated the winners stopping by backstage to speak to the assembled media. First time attending this event. Very good experience.