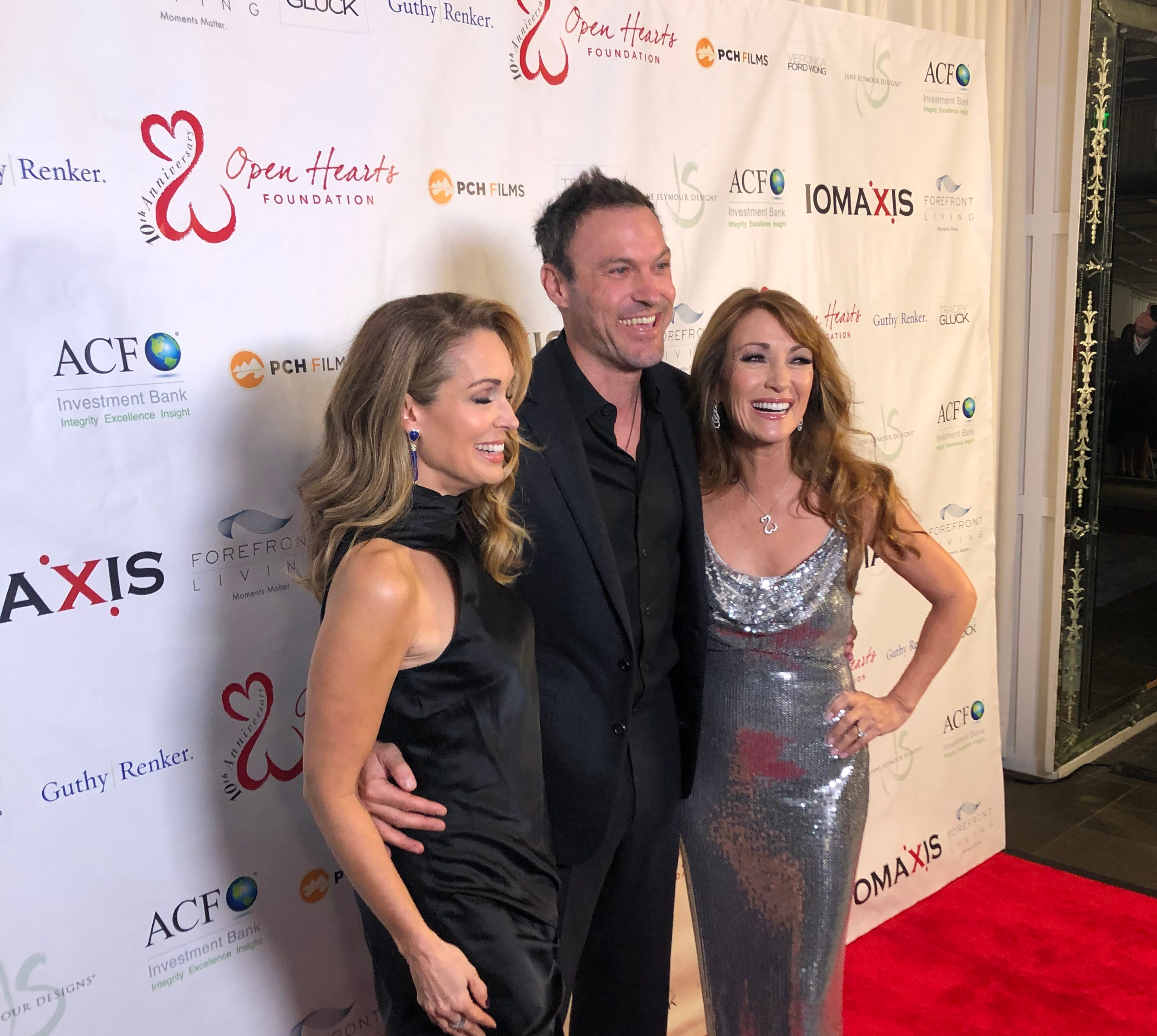 Jane Seymour has had an incredibly career. Starring on major TV shows and films, even being a former Bond Girl. Seymour has been the face of the Open Hearts Foundation. She recently celebrated the 10th Anniversary of the Open Hearts Foundation. The gala took place in Beverly Hills. I had a chance to speak to Jane and the celebrities in attendance. Check out the interviews below:

First time meeting Jane. I remember being a kid and watching Dr. Quinn: Medicine Woman with my mom. It was a show we enjoyed together. Jane is such an intelligent and well-spoken person. She really gave me a good background on the foundation and what’s it meant to her family being part of it. I am very grateful that Jane was willing to share a message for mom, as they both celebrate the same birthday (it was their birthday the day the gala took place).

Brian was great. Very open and transparent. Didn’t hold back. I just sensed a genuine authenticity from him. He spoke about his friend Shannen Doherty’s diagnosis. I found his thoughts on the reboot interesting, with the big takeaway being how he closed the book on ever playing David Silver again.

First time meeting Linda. What a fascinating life she’s had, being married to Caitlyn Jenner and dating Elvis Presley. It was really cool to hear her share some unknown facts about Elvis. Loved when she complimented my hair on being on par with Elvis’ (even if I don’t believe it is haha). Wonderful and sweet woman.

Katherine was very nice and somewhat shy. Seems like she was raised very well. I can’t imagine being a child of a famous celebrity. Together as a family they started the Open Hearts Foundation. From what Katherine said, it appears that her grandmother (Jane’s mom) was heavily behind the foundation.