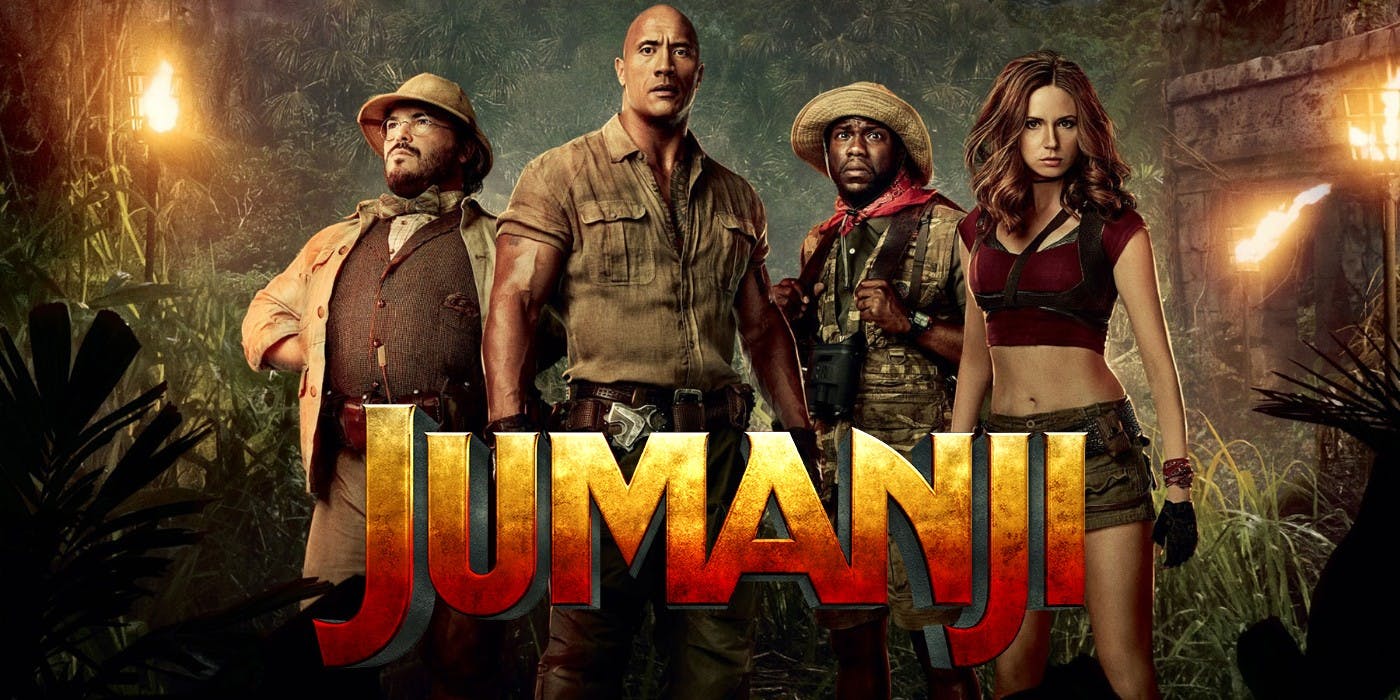 Are you ready for the next level? If you missed it in theaters or can’t wait to see it again, this is your chance to see the fun and entertaining Jumanji: The Next Level, when it arrives on Digital on March 3 and 4K Ultra HD, Blu-ray and DVD March 17.

The film features a superstar cast with the likes if Dwayne “The Rock” Johnson, Kevin Hart, Karen Gillan and Jack Black. Plus, newcomers Danny DeVito, Danny Glover and Awkwafina.

Don’t miss the newest action adventure in the Jumanji franchise. Check out all the bonus features coming with it.

 Gag Reel
 “Rhys Darby Wants To Jingle”: How do you top Jack Black and Nick Jonas’s unforgettable
theme song for the first one? Everyone’s favorite Non Player Character, Rhys Darby is ready to
take it to the next, next level.
 “Body Swapping: Snapping Into Character”: “In the latest Jumanji adventure, the avatar roles
are turned on their heads with new characters and hilarious performances.”
 “Back Together: Reuniting the Cast”: Dwayne Johnson, Kevin Hart, Karen Gillan and Jack
Black are back and better than ever as they share their excitement to reunite.
 “Level Up: Making Jumanji: The Next Level”: From breathtaking scenery, wild adventure, new
characters and more- go behind the scenes with the cast and crew as they take Jumanji to the
Next Level.
 “Scene Breakdown: Mandrill Bridges”: Moving rope bridges, giant mandrills and incredible
stunt work make the mandrills attack one of the most adrenaline pack parts of this film. In this
scene breakdown, see how they pulled it off.
 “Awkwafina Cat Burglar”: To prepare for her roles as pick pocket, Ming Fleetwood, superstar
Awkwafina got a little too method behind the scenes.
 “NPC Confessions: Jurgen The Brutal”: Being the bad guy isn’t all glory. Jurgen The Brutal
gets real in this candid confessional.
 “Grow Up:” Danny DeVito and Danny Glover help Dwayne Johnson and Kevin Hart get in touch
with their inner grumpy old men.
 “Telenovela”: Kevin Hart gets lost in translation in this melodramatic promo.
 “VFX Pre-Vis: Zeppelin Battle”: Compare the detail of the visual effects pre visualization reel
and the final picture breakdown of the thrilling Zeppelin battle.
 “VFX Pre-Vis: Ostrich Chase”: Track the progression from pre-visualization to finished scene in
a side by side comparison of the ostrich chase.
 AR GAME: The 4K UHD, Blu-ray and DVD include a collectable map that is fully interactive,
employing Augmented Reality to bring Jumanji to life through a smart phone, allowing users to
create their own 8-bit Avatar, navigate a series of mini games and much more!

‘JUMANJI: THE NEXT LEVEL’ is to hit Digital on March 3 and 4K Ultra HD, Blu-ray and DVD March 17.