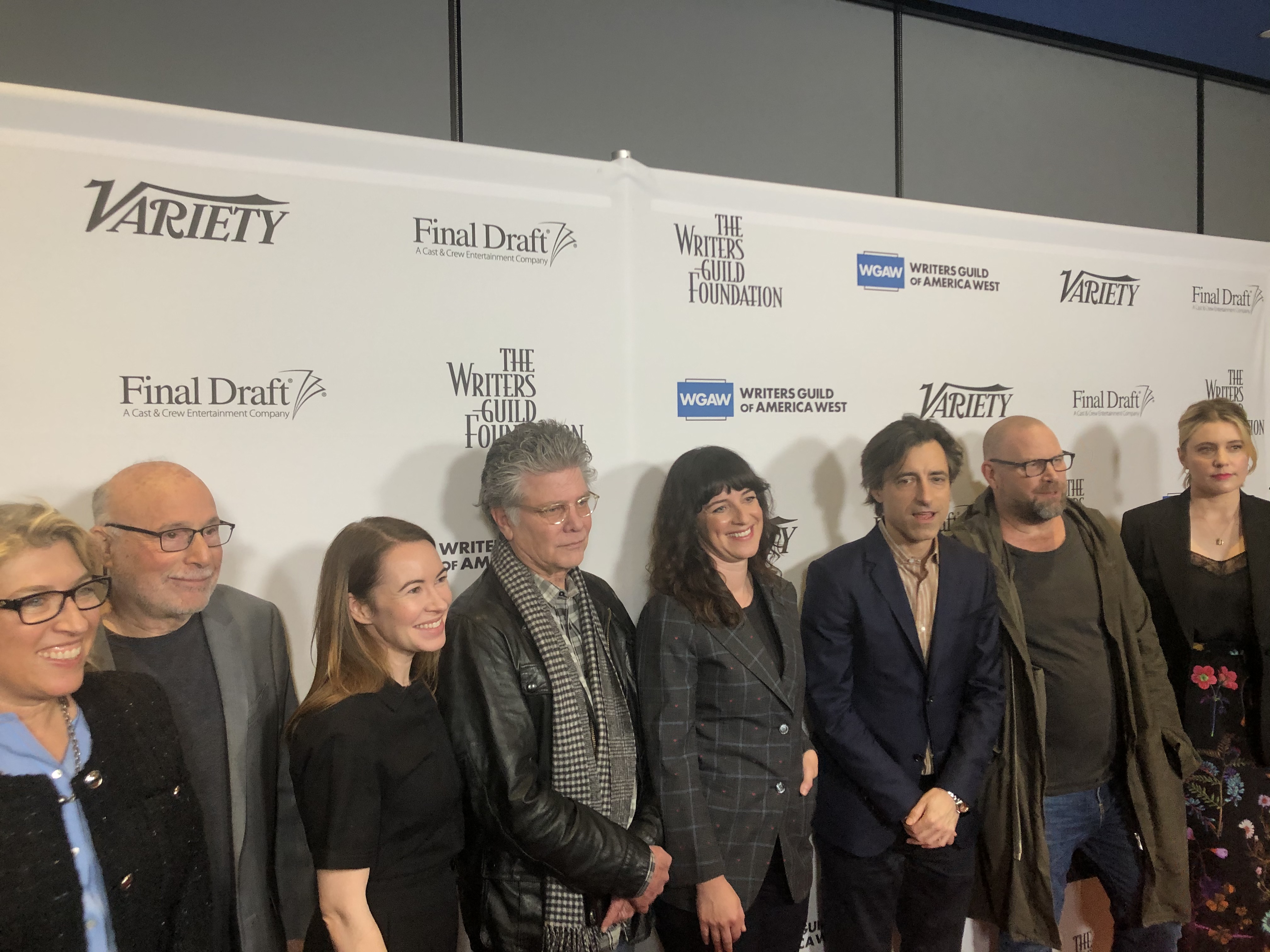 The yearly WGA “Beyond Words” event recently took place in Los Angeles. The 2020 event brought out the biggest writers/directors to the event. Some of the names in attendance for this incredible panel were Greta Gerwig (Little Women), Noah Baumbach (Marriage Story), Steve Zaillian (The Irishman), Scott Silver (The Joker), Katie Silberman (Booksmart) and Rian Johnson (Knives Out), plus others.

Reel Talker was on hand for the event and the red carpet. I had a chance to speak to a couple of the celebrated writers. Check out the interviews below.

This was the second year in a row that I attended this event. It’s seriously one of the best and personal favorite ones. The number of prominent attendees was startling. The biggest screenwriters from the years top films were on hand to take part of an epic panel. I mean imagine Joker’s writer Scott Silver sitting next to The Irishman’s Steve Zaillian and asking each other questions? It happened.

The all-star group of writers had so many great experiences to share and comparing their working style to each others. It was pretty great to hear. It’s a panel of peers having discussions about their jobs and career paths, while also gushing over each others work.

It was an absolute pleasure to get to witness this event. It seems like every year it keeps getting better. WGA does things the right way. A great set-up to the Writers Guild Awards.

Next post Bachelor’s Chad Johnson on his Portrayal on the Show (He’s actually a nice guy!)