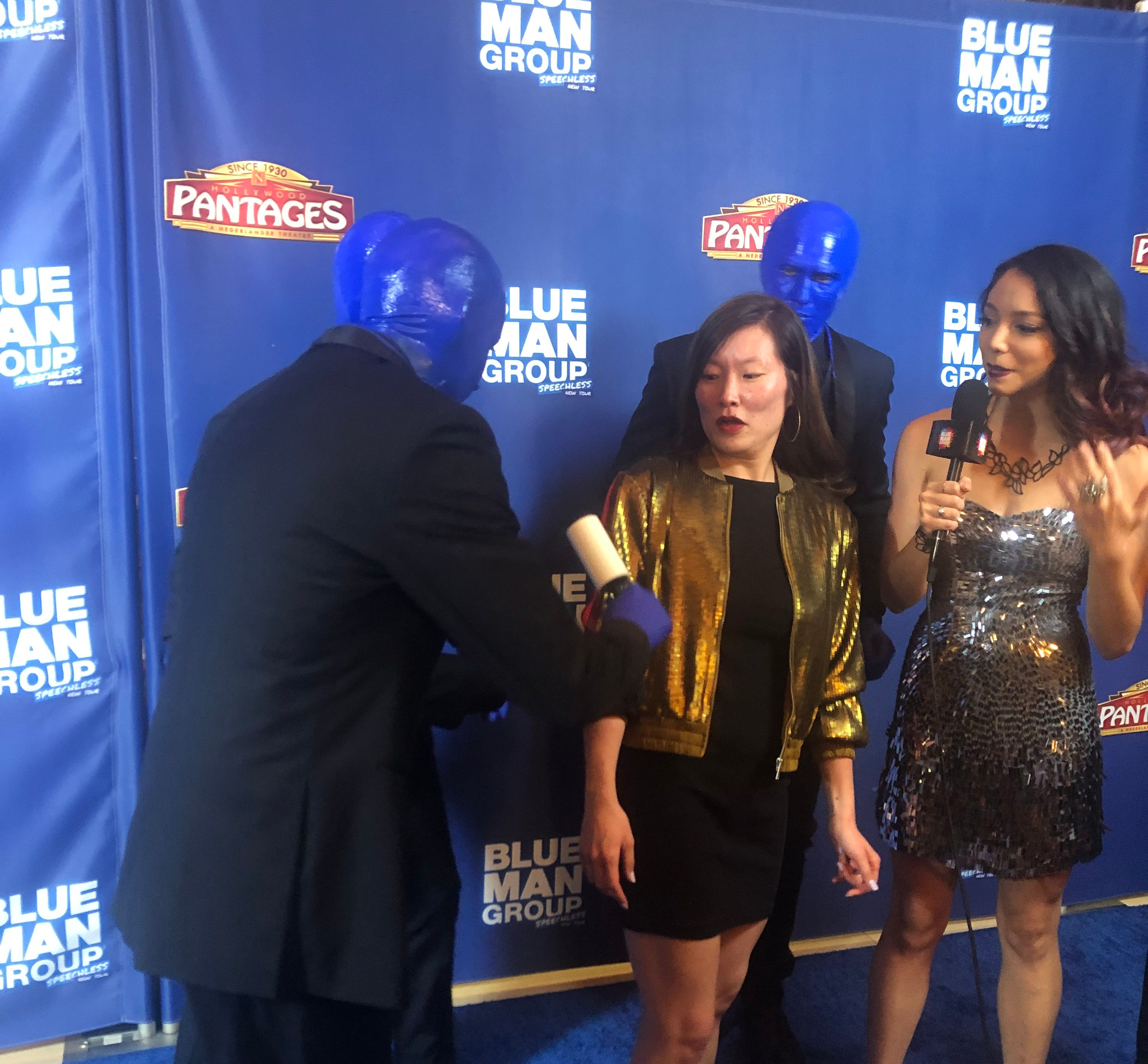 Blue Man Group has been entertaining people for a few decades. The show keeps on reinventing itself and welcoming new audiences all over the world. Their latest tour “Speechless” had its opening recently at LA’s Pantages Theater. Celebrity guests showed up to check out the show and walk the red carpet.

Ty is a well spoken and intelligent young man. I enjoyed the energy he had and hearing him talk about the moment he saw the Iron Man suit and knew he was gonna be a career actor going forward.

I’ve been a long time fan of Jeremy Sisto’s work, in movies and television. It was sweet to see him being accompanied by his son. The kid might have a career in this and certainly wasn’t shy of the microphone. I enjoyed this tandem interview.

Ava and Jackson were really good talkers. Both dressed like professionals. Very impressed with these kids. You can see why they have been successful.

Sofia is one of these actors that just keeps on popping up when you turn on the TV. She’s a definition of a working actress. Enjoyed talking to her. She did a great job elaborating on the questions and answering them thoughtfully.

I didn’t even have to ask questions to Obba, he just took over and answered what I wanted to know. That’s a definition of a veteran actor. Well spoken gentleman. Also, an accomplished working actor.

Jenny had great energy and seemed very excited to be part of the opening. She did give some good insight into what it’s like putting on a Blue Man Group show which is interesting in itself. Seems like the group and tour are in good hands with Jenny in the lead.

For more on Blue Man Group and where you can see them, check out: https://www.blueman.com/

Next post WWE’s Dana Brooke on Her Favorite Opponent, Wrestler to Watch and Raw or Smackdown?