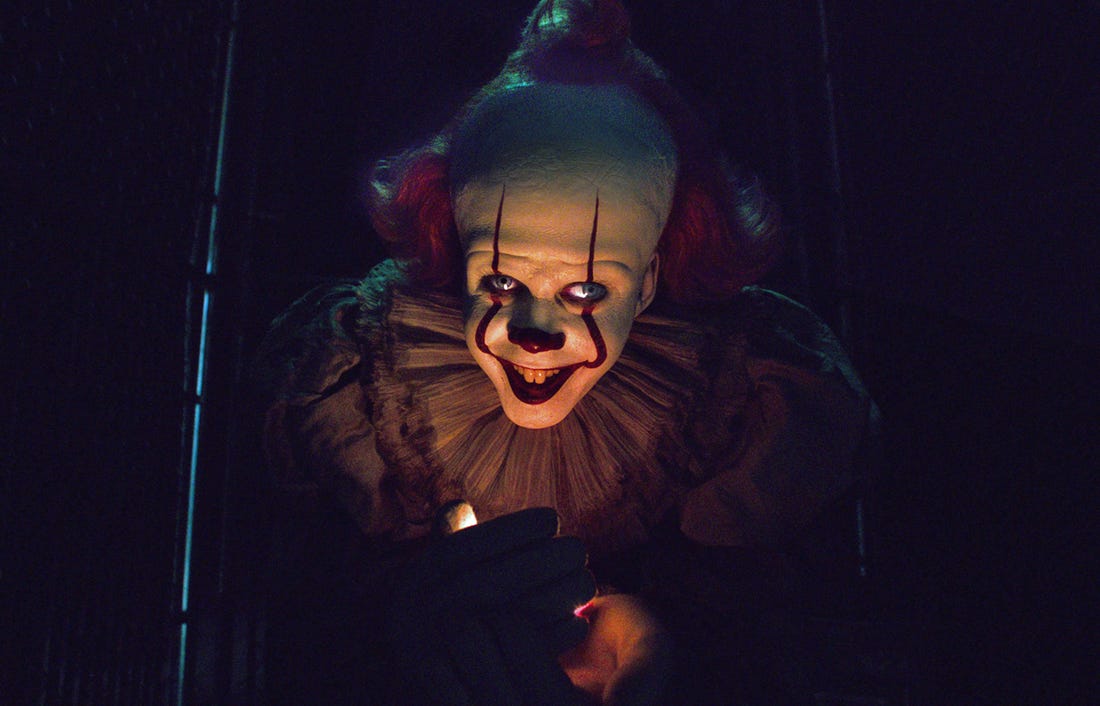 Some chapters aren’t meant to be written. Chapter Two of the rebooted IT franchise is a continuation of the story of the Loser Club’s battle with Pennywise. IT was a huge was a huge box office success, but can Chapter Two replicate that success and praise? Find out below.

The Losers Club reunites after twenty-seven-years since their last encounter with the evil Pennywise. An emergency phone call brings them all together to the town they grew up in where they shared life-changing experiences together.

The gang is all grown up. Some have their own families, others are single and dating with careers. Each of them seems to have personal issues to deal with, but the one thing they still have in common…Pennywise!

The adult Losers must unite to take down the twisted clown. Will they be able to come together and put their past behind them? Will they all survive Pennywise again this time around?

Undoubtedly the movie has an all-star cast. James McAvoy, Jessica Chastain and Bill Hader come aboard Chapter Two. The kids from the first one are back also, but this time they appear in flashback scenes. The least of this movie’s issues is a lack of talent. You have Oscar nominees and household names, in addition to the rising talented young stars from the first movie.

Needless to say, the actors did fine. It’s the script that’s the problem in wasting their talents. Now, about that script…

What the hell happened here? All this talent and a vastly disappointing and underwhelming script. Bad dialogue, boring, confusing and over-the-top wacky. That’s not the formula that made the first movie a hit. How hard was it to keep the template and just expand on what the first movie offered? If this was going to be the end result, why didn’t they just shorten both movies and combine them, instead of delivering this mess?

The synopsis of the story makes it sound alright, but it’s the execution of it is all over the place with no sense of direction or purpose. It’s like throwing random ingredients into a bowl and hoping it tastes okay, but this Pennywise dish just tastes awful.

They did a nice job with the amusement park mirror room scene with Bill trying to save a kid. It was clever, looked cool and was one of the more chilling scenes in the entire movie. More scenes of this caliber and this movie could have been saved. Unfortunately, there just isn’t enough.

Nope. It was not entertaining. It’s one of the most disappointing sequels you could get to this story. It’s much more a cartoon parody than it is a horror. Through his comical portrayal, Pennywise lost any intimidating factor he previously had. There is just a whole lot of wasted screen time attempting to build a story that has little life in it.

One of the few decent story plots was the love triangle between Beverly, Bill and Ben. The B’s just couldn’t help themselves from containing their childhood crushes, as both guys are dueling over Bev. The former fat kid Bem is a stud these days, so watch out Bill.

I wouldn’t recommend it, unless you have 2 hours and 49 minutes of your life to use up doing nothing besides staring at a screen. Yes, that was not a typo, this travesty is almost three hours long! Yet they still couldn’t find the time to come up with a worthwhile story. Truly surprising.

As tempting as it might be to see what happens to the characters you embraced in the first film and seeing notable stars portray them as adults, don’t do it! This is a time consuming disaster. Save that time and do anything else more productive. It: Chapter Two is a chapter that should never have been written.