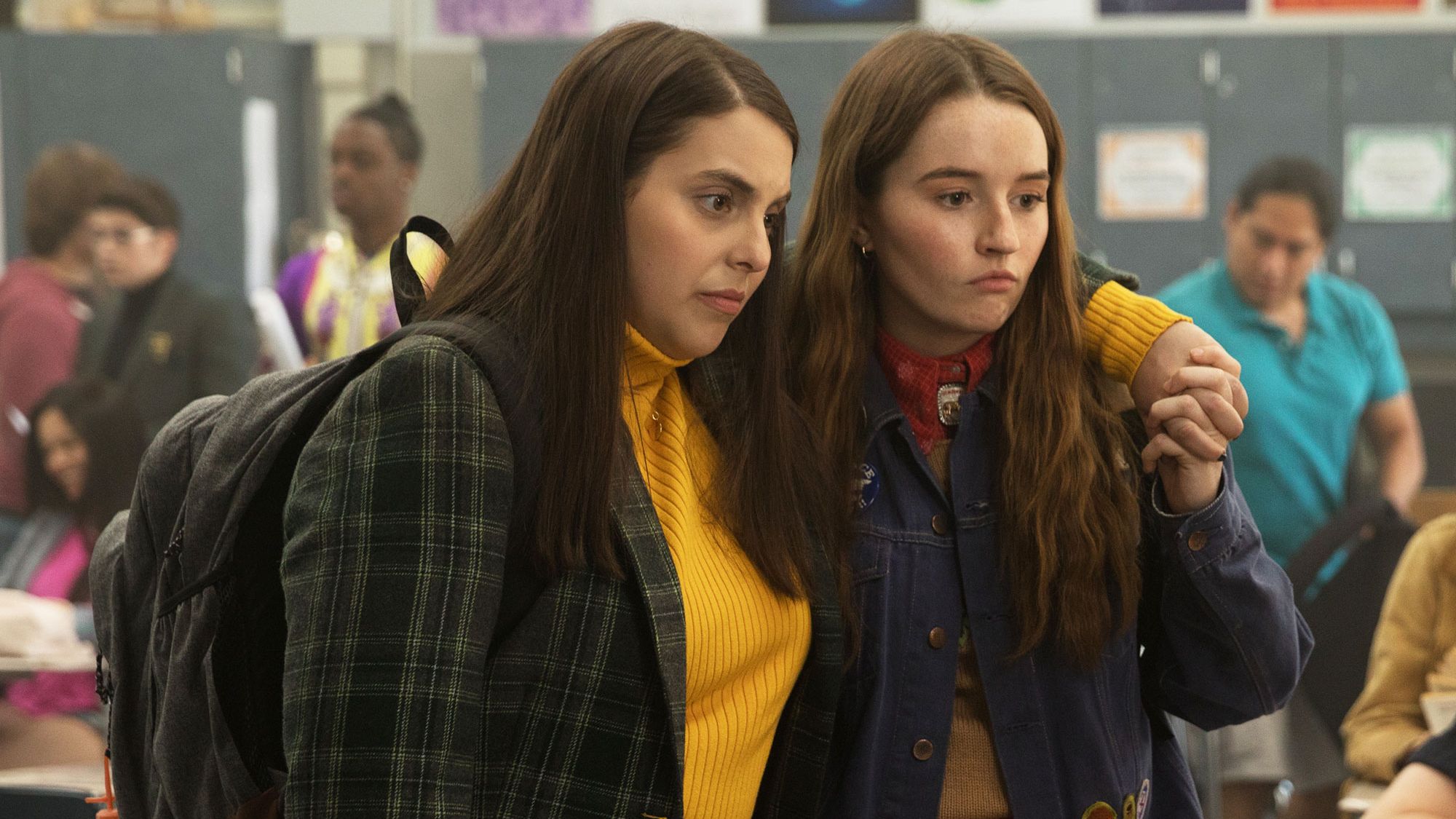 There are those that party their way through school and those that study their way. I was neither, but I passed college! So in reality, any and all options are on the table. Olivia Wilde certainly has a good grasp on it, as evidenced in her feature film directorial debut, Booksmart. So find out why you should put the books away and take in this movie.

Think Superbad mixed with any John Hughes 80’s classic, but modernized for today’s generation. That’s what you get with Booksmart. Molly (Beanie Feldstein) and Amy (Kaitlyn Dever) are the best of friends and scholastic all-stars. They never attend parties or do anything remotely rebellious. On the eve of their high school graduation they decide it’s time to switch things up and go out partying hard.

As you can imagine a series of unfortunate and awkward events begin to transpire on their path to the last big party of their high school lives. Both girls have one more feat to accomplish before they graduate, which is connect with their high school crushes. As you may envision, things don’t go smoothly as they could hope for.

Olivia Wilde has arrived as a director. Her first at-bat is a home run. The pairing of Feldstein and Dever was a brilliant choice. Feldstein is an inevitable star. She reminded me so much of Jonah Hill, in terms of comedic style and presence. This is Feldstein’s Superbad. Dever plays more of the Michael Cera part. Her character more subdued and responsible. Together, these girls are dynamite.

Strong performances by the supporting stars can’t be overlooked. Every character has a purpose and personality that shines. Jason Sudeikis plays the high school principal, in an a familiar role that we’ve seen him portray in other films, but he’s just so good at it.

The scene stealer is definitely Billie Lourd, playing the outlandishly eccentric Gigi. She’s all over the place, literally and figuratively. There are several other actors with fantastic characters that Wilde manages to perfectly capture and cultivate with a purpose.

Booksmart captures the essence of teen high school life in more ways than one. We see the inner struggles of these girls wanting to be accepted and be seen as more than just smart individuals. The friendship dynamic between Molly and Amy is as strong as you’ll see in any buddy coming-of-age movie.

There are several laugh out loud moments, but there are some lines that feel a bit too forced. Several scenes dictate the characters to be over-the-top, but a little more subtleness would have worked better. The movie gets a lot more sincere towards the end though.

If you overlook the characters heightened antics, you can really relate to several of them. We all could relate or recognize the kid that tried too hard to fit in at school, or remember the cool douchy jock. The movie is modern and takes some liberties with issues we wouldn’t have seen much on screen a decade ago. It doesn’t highlight the fact there are some gay characters, instead it just embraces them and seamlessly incorporates that to the story. It’s important and comforting to portray people of all ages and sexual orientations on-screen, especially in a teen themed movie like this. Wilde certainly gets it.

Overall, this is a fun and at times hilarious comedy that touches on themes of friendship and self-discovery. You will be seeing a lot more of Feldstein, Dever and Lourd. You don’t have to be book smart to take in some solid comedy, and this movie provides that.

RELEASE DATE: Out now in Theaters