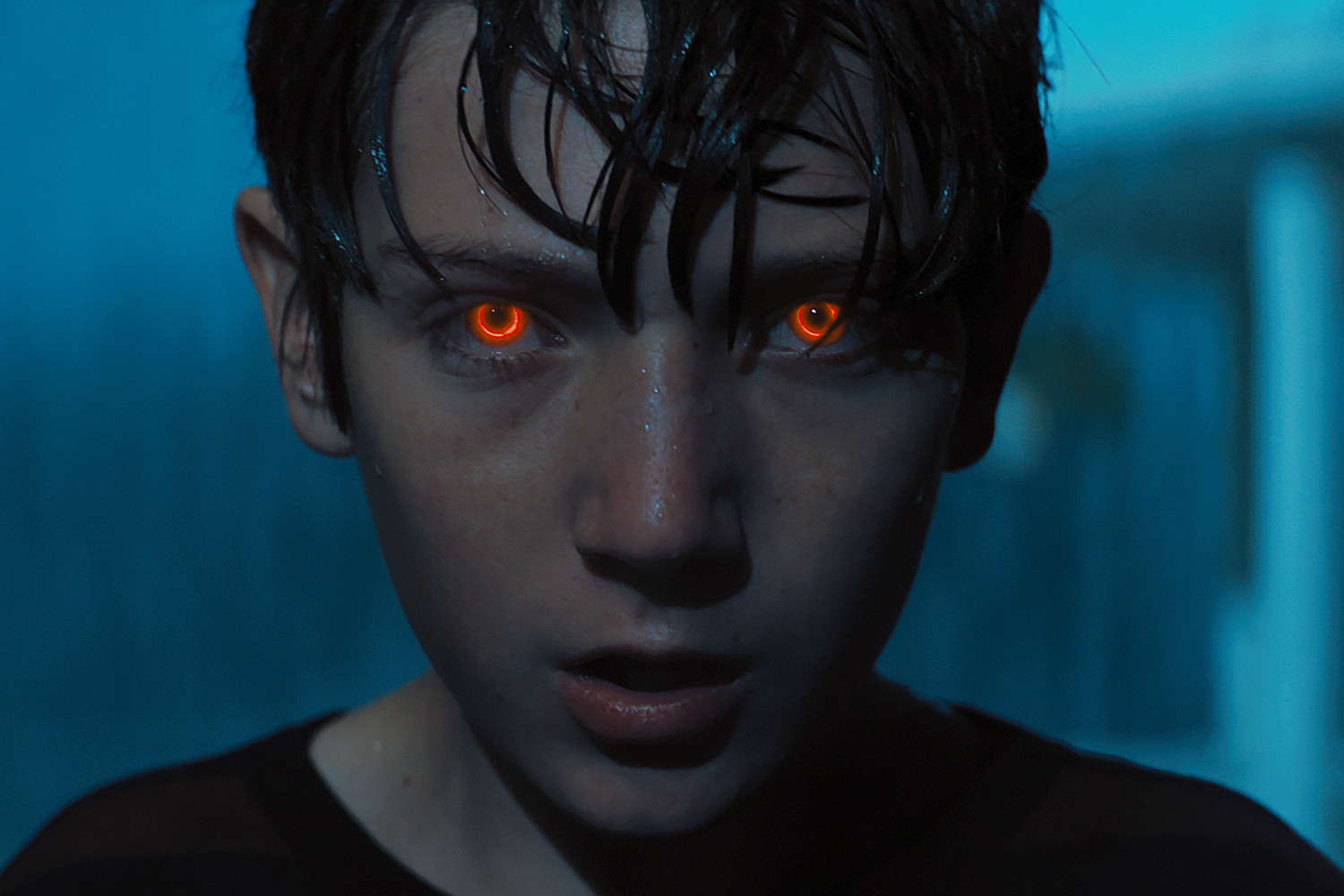 A mysterious foreign object lands in a small Kansas farm town with a child inside it. A married couple takes in the child who possesses supernatural abilities. We heard this story origins before, Superman, right? Wrong. Brightburn takes the Superman origins story and turns it into a demented horror movie. Is it any good though?

The intro lends the basic premise, but this is very much a horror story that borrowed (stole) the Superman origins. Did they really have to even go with Kansas? Sheesh. Elizabeth Banks and David Denman play Tori and Kyle Brayer.

The couple desperate for a child, that end up parenting this alien child. Luckily for them the child, which they name Brandon, looks like a regular human kid. Unluckily for them, Brandon is anything but human and begins to display devious characteristics.

Brandon (Jackson A. Dunn) doesn’t go through standard puberty, unless his version of it consist of snapping his classmates wrists. Needless to say, Brandon isn’t your typical kid with his arsenal of developing superpowers which he uses in the most dangerous ways.

Banks adds the star power to the movie, but Denman holds it together. They are fairly believable as a couple. I appreciated their self-awareness of not being perfect parents. Kyle is a father that is still struggling with being a dad, as evidenced by his attempt to teach Brandon about dealing with puberty. It’s actually that’s one of the more humanizing moments and scenes we get to see.

Dunn works well with what he’s given. He doesn’t look intimidating on the surface, until he goes full-on demonic. Dunn does a fine job of keeping his characters demeanor calm and composed, which in turn makes him more unpredictable and imposing. Although, I’m not sure what to make of his sock head mask. Kinda cool at first glance, but lame when you realize it’s just an overgrown sock with some holes and a string.

The concept of the movie is intriguing, basically a superhero story turned horror. I am not a fan of ripping-off the Superman origins story. They could have been a lot more creative. This is one gruesome movie. It went over-the-top with many of the cringy death scenes. Do we really need to see a character attempt to pluck a piece of glass from their eyeball? I found it aiming to be more of a slasher than the sci-fi horror that it presents itself being.

The kid has superhero powers that he puts to destructive use. A lot like a superhero movie villain, but one mimicking all the powers of the Justice League members. How do you defeat a villain that’s capable of untamed destruction in a world full of humans that don’t amount to an ounce of his power? The outlook looks bleak. Brightburn has entertaining moments, but often becomes too implausible to digest. Maybe this is all a set-up for him becoming a Superman villain? In that case, you got me.

This is the kinda movie you save your money on by skipping a trip to the theater. It’s gory and bleak. I will credit them by not going with a stereotypical ending though. Horror lovers might find the movie more appealing than a casual viewer. It has all the nasty deaths you could imagine. Aside from the ending, the narrative is fairly predictable. I enjoyed the dynamic between Tori and Kyle, but Tori is just painfully naive to the point it’s irritating to watch.

Brightburn doesn’t shine bright. It’s like a cloudy day with the sun trying to break through the clouds. You see some promising peaks, but not enough light gets through to make it memorable.