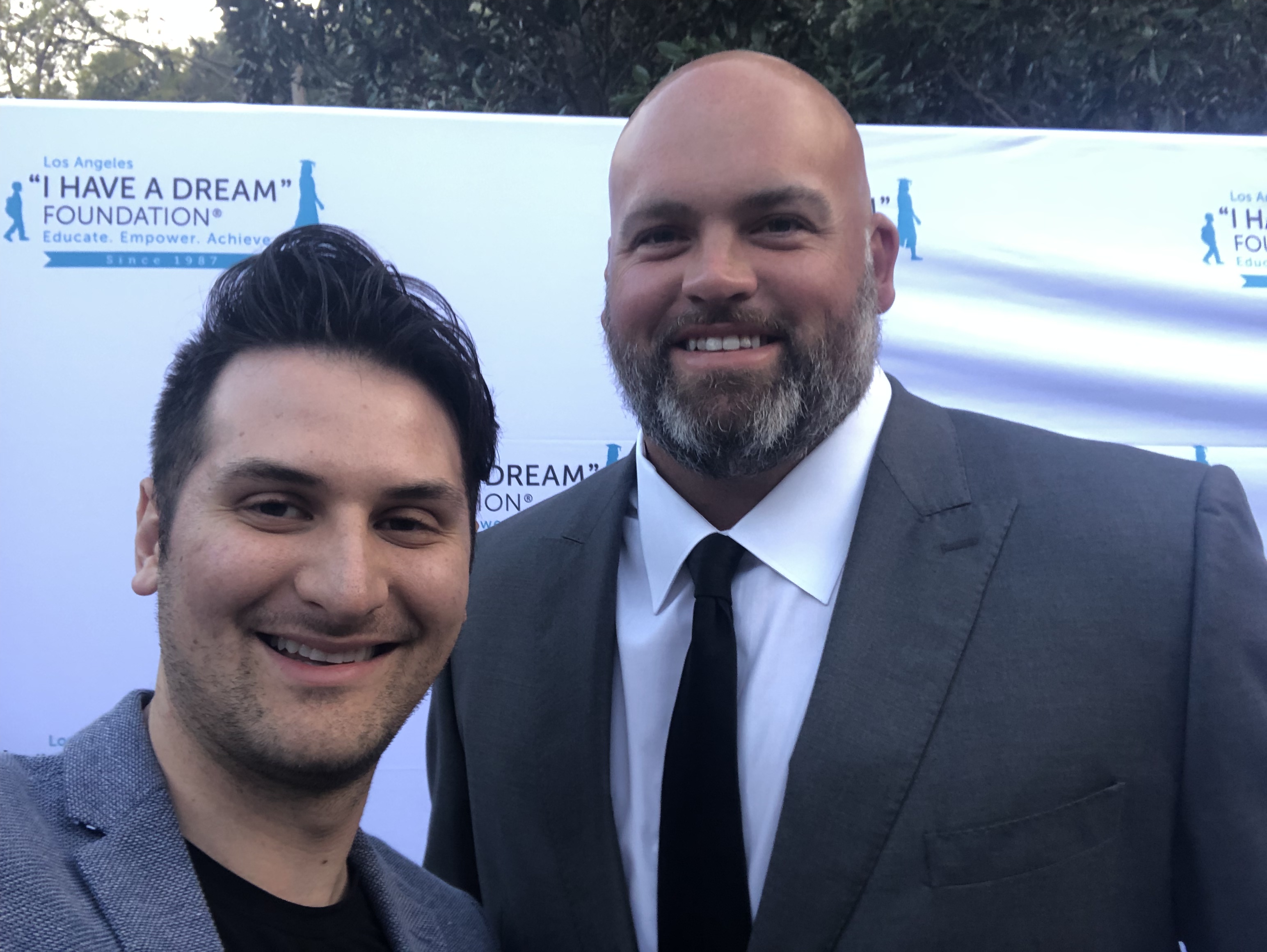 The Los Angles Rams had a great season that ended up with a Super Bowl appearance. Things move quickly in the NFL and with free agency completed and the NFL Draft on the horizon, the Rams and the rest of the NFL are gearing up for the upcoming season.

LA Rams captain, offensive lineman, Andrew Whitworth was recently on hand at the ‘I Have A Dream’ Foundation-Los Angeles event being honored for his efforts in the community. Reel Talker was on-hand to speak to Andrew about his charity work, Rams free agent pickups, retirement, plus more.

It was a pleasure to speak to Andrew. As a new LA Rams fan (still lifelong Bears fan), I had an opportunity to enjoy their fantastic run to the Super Bowl. Andrew is one of the unsung leaders of the team and NFL’s top charity and community leaders.

I appreciated him answering all my questions and avoiding any. I learned about his process that he goes through to determine his retirement. That’s a big question recently, due to lots of rumors after the season as to whether he would return to the Rams or retire.

He sounded very passionate about the community work that he does. That felt very genuine. Oh yea, that guy is a mountain of a man. Jared Goff is very lucky to have Andrew protecting him. With Andrew back in the fold, the big question will be if the Rams can make another Super Bowl push? Lots of work to be done before we get the season started. Stay tuned.

Next post ‘A Star is Born Encore’ Release Date Announcement