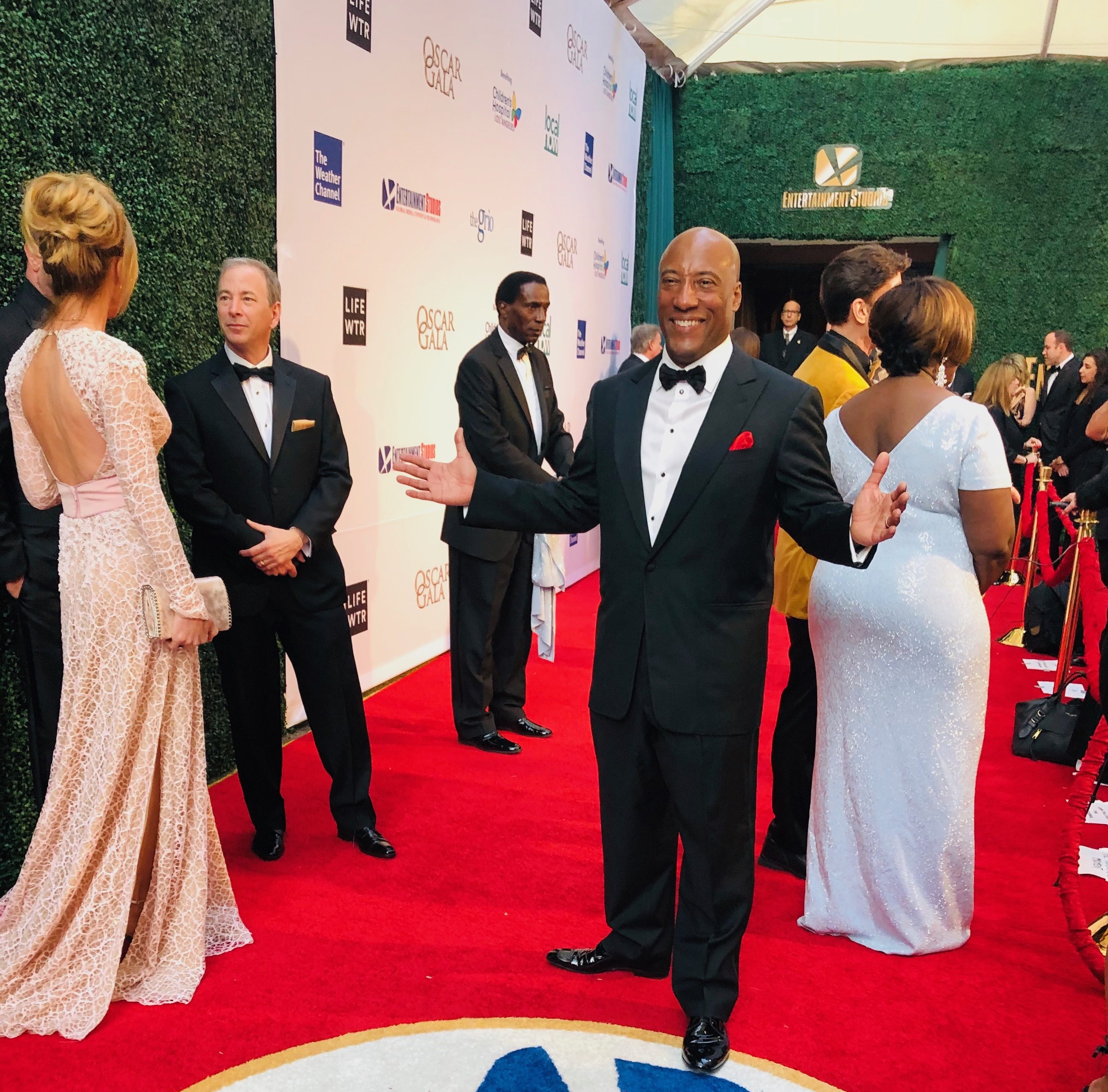 Byron Allen has done it all in Hollywood. His professional resume includes television producer, businessman, comedian and founder, owner, and chairman of Entertainment Studios. Allen is a host of The Byron Allen Show, Entertainers with Byron Allen and Comics Unleashed. Needless to say, the man is very accomplished. Outside of his company, he’s passionate about helping the Children’s Hospital of Los Angeles.

During Oscar Sunday, Allen’s company Entertainment Studios hosted an Oscar Gala fundraiser for the Children’s Hospital of Los Angeles. The star studded event included an Oscar viewing party along with a musical performance by John Legend. Celebrities showed up from all walks of entertainment to support Allen and the charity.

Reel Talker was part of the red carpet festivities. I had a chance to speak to many of the guest prior to the event. Among those I spoke to were WWE’s Nikki Bella, comedian and actor Billy Gardell and even ESPN’S college basketball guru Dick Vitale.

What a cool event and red carpet. Byron is definitely well connected in all of entertainment, the variety of celebrities that showed up was really impressive.

Billy Gardell noticed my suit and complimented me on it before I even got to interview him. What a tremendous and humble guy. I got share my story of seeing him perform stand-up at the Woodfield Improv in Schaumburg, IL, near my hometown. He was really sharp and funny that night, it was also just prior to Mike and Molly television premiere.

Dick Vitale is a legend of college basketball. He’s Mr. March Madness, no doubt. I noticed Dickie V. on the carpet and I loved hearing how he just randomly stumbled upon the event and got invited. How does this man randomly stumble upon an event? He’s Dicky V! No invites needed for a legend like him. Also, had a privilege to speak to his lovely wife Lorraine, who told me that she accompanies Dick on all his trips. Now that’s called something to aspire to in any relationship.

It wouldn’t have felt complete if I didn’t get a chance to speak to the night’s host, Byron Allen. He was accompanied by his beautiful family, his wife Jennifer and his three children. I was touched by Byron telling the story of his childhood and how the LA Children’s Hospital saved his leg when he was a kid. That’s the kind of personal touch that inspires and tells you exactly why Byron is passionate about helping the Children’s Hospital. He just seemed like an outstanding guy, with a lovely family.

I also got to meet a sportscasting idol of mine growing up, Jon Kelley. He couldn’t have been any nicer to me as I spoke to him how much I enjoyed watching him anchor sports for the NBC Chicago affiliate. Also, got to chat with WWE’s Nikki Bella and her brother JJ. Both were very gracious and pleasant to interact with.

Overall, this was a fantastic event that supported a great cause. Lots of celebrities showed up in support. The red carpet was very well handled and set-up. Hopefully Byron continues this event and many others. He knows how to put together a great event, no surprise, if you look at all that he’s accomplished in his life and the programs he has brought to us over the years.

If you’d like to learn more, help and donate to the Children’s Hospital of Los Angeles. Visit Chla.org and http://www.makemarchmatter.org