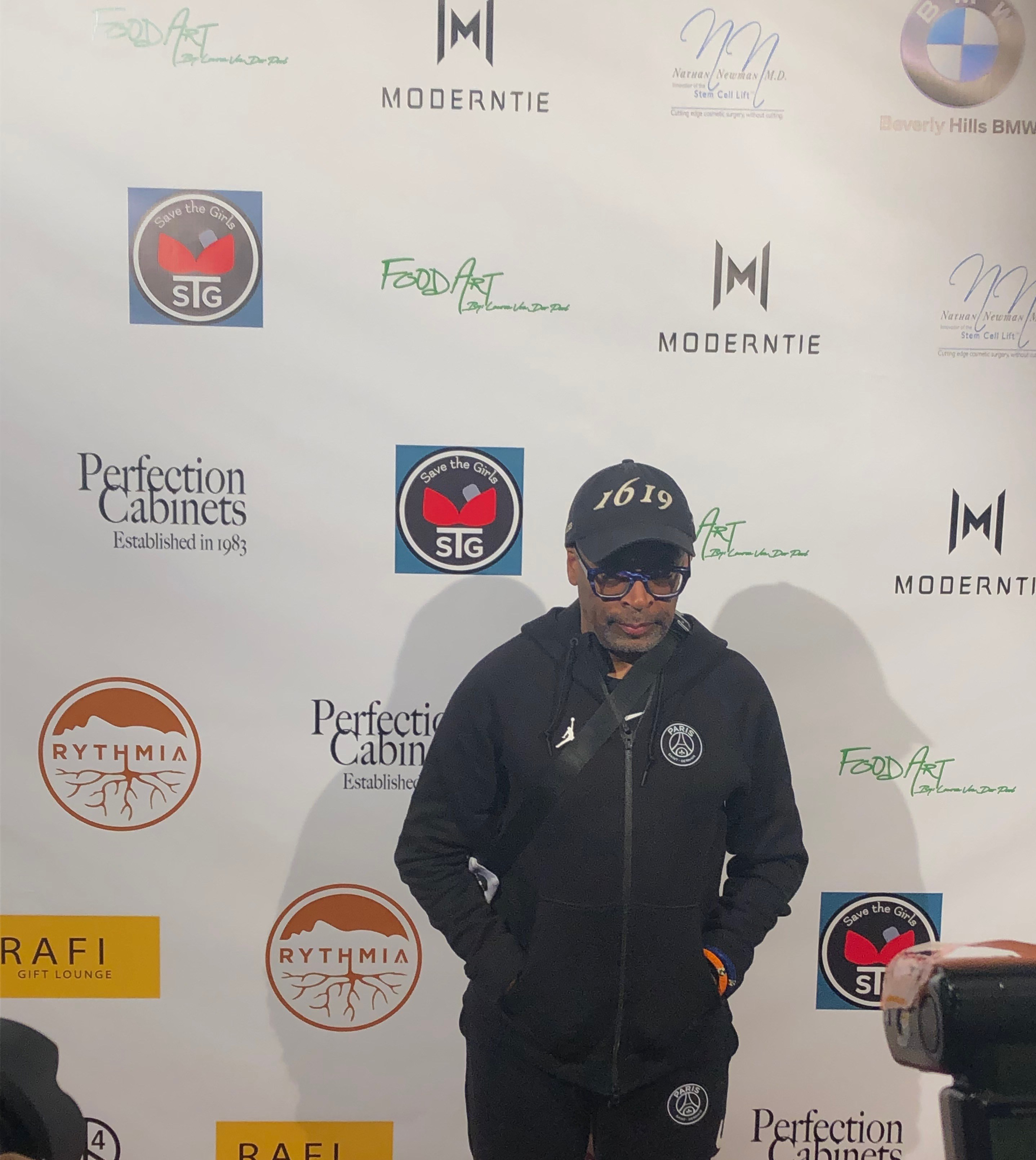 During Oscars weekend, there are these gifting events that take place in Los Angeles. Basically, celebs show up and get free gifts from various sponsor companies. This particular gifting event I attended was called Rafi’s Gift Lounge.

It was held at the Waldorf Astoria Hotel in Beverly Hills. Various celebs showed up throughout the day, including Spike Lee and Tara Reid among many others. Check out my interviews from the event with the actors from The Umbrella Academy and Crazy, Rich Asians.

This was the first time I attended a gifting party. They are interesting to say the least. Reminded me of a job fair, at least the set-up, with freebies to attending celebs. From free trips, jewelry, clothes to giant specialized backpacks. Parasuco Jeans, JKimm by Concrete Rain, Modern Tie, Omax Health, Fab 5 Clothing, Fydelity Bags, SuitKits were just some of the companies providing the gifting. Free gifts, just to show up and roam around. Not bad.

Most of the attended celebrity guests walked the red carpet and I had a chance to speak to Jared Haibon of the Bachelor franchise along with Chris Pang from Crazy, Rich Asians and Ken Hall from The Umbrella Academy.

Chris seemed excited to be there and was cool to talk to. I remember him from the film and enjoyed the film very much. On the other hand, Ken I wasn’t familiar with and haven’t seen The Umbrella Academy at that point, so it was my first brush with it and he did a nice job filling me in about the show and his experience on it.

Jared was someone that I’ve been hoping to run into at some point, being a big fan of The Bachelor franchise and having a blog about it. He was just as cool in person as he appeared to be on television. Great guy and very conversational.

Overall, the gifting lounge is an interesting experience. If you ever get an opportunity to check it out, do it. Rafi’s put on a good show with some good guests. The show ran all day long and concluded with a musical concert performances by The Temptations, The Platters and Mary Mary.