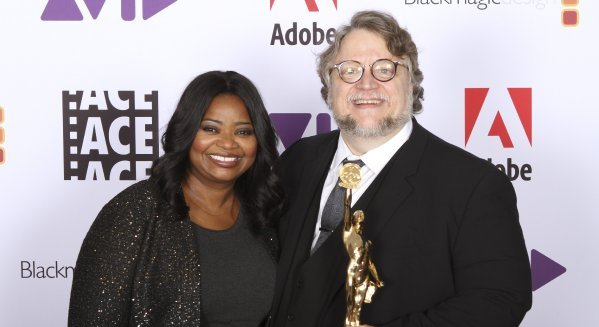 We are in the middle of awards season and shows are happening on a weekly bases before it culminates later this month with the Oscars. This past weekend the 69th Annual American Cinema Editors (ACE) Eddie Awards took place in Hollywood. The event recognizes the best editing of the year in film, television and documentaries in 2018. I was fortunate to attend the event.

The “Eddies” were held at the prestigious Beverly Hilton in Beverly Hills. This was my first time at this venue. The red carpet was set-up in the lobby and everyone checked-in there and mingled beforehand.

The hall where the awards ceremony was held was much bigger than I had imagined it to be or seen it on TV. I was lucky to be seated on the lower floor level, next to the table with Spike Lee! That was a cool moment. I was fortunate to be seated with a great group of people and close to the sage where I was able to have a great view.

The food served prior to the ceremony was FANTASTIC! Salad, followed by filet mignon and white fish with a really good strawberry ice cream. Now that’s eating haha.

The host for the night was Tom Kenny a.k.a voice of SpongeBob, who was mostly PG-13, but it worked. He was a solid host with a lot of energy.

Bradley Cooper and Alfonso Cuaron were originally scheduled to attend, but didn’t see them there, however, Octavia Spencer and Spike Lee did present awards. The event didn’t lack star power.

Throughout the night the presenters and winners poked fun at the fact that these editors are unknowns to the public. It was funny on the most part them showing a humorous side of their industry. The truth is that the editors are the glue of the movie making process. They are the ones who ultimately put it together into what we see on-screen. They might not be recognizable faces to the public, but certainly the filmmakers and crews know of their importance. Guillermo Del Toro made sure to point that out in his acceptance speech.

My first Eddies was a success. I enjoyed the event and it was very professionally done in all aspects. It’s actually the third longest running awards show, next to the Golden Globes and Oscars, so it is a big deal event. It’s good to have the men and women who put our favorite films together get their moment in the spotlight and celebrated in front of their peers.