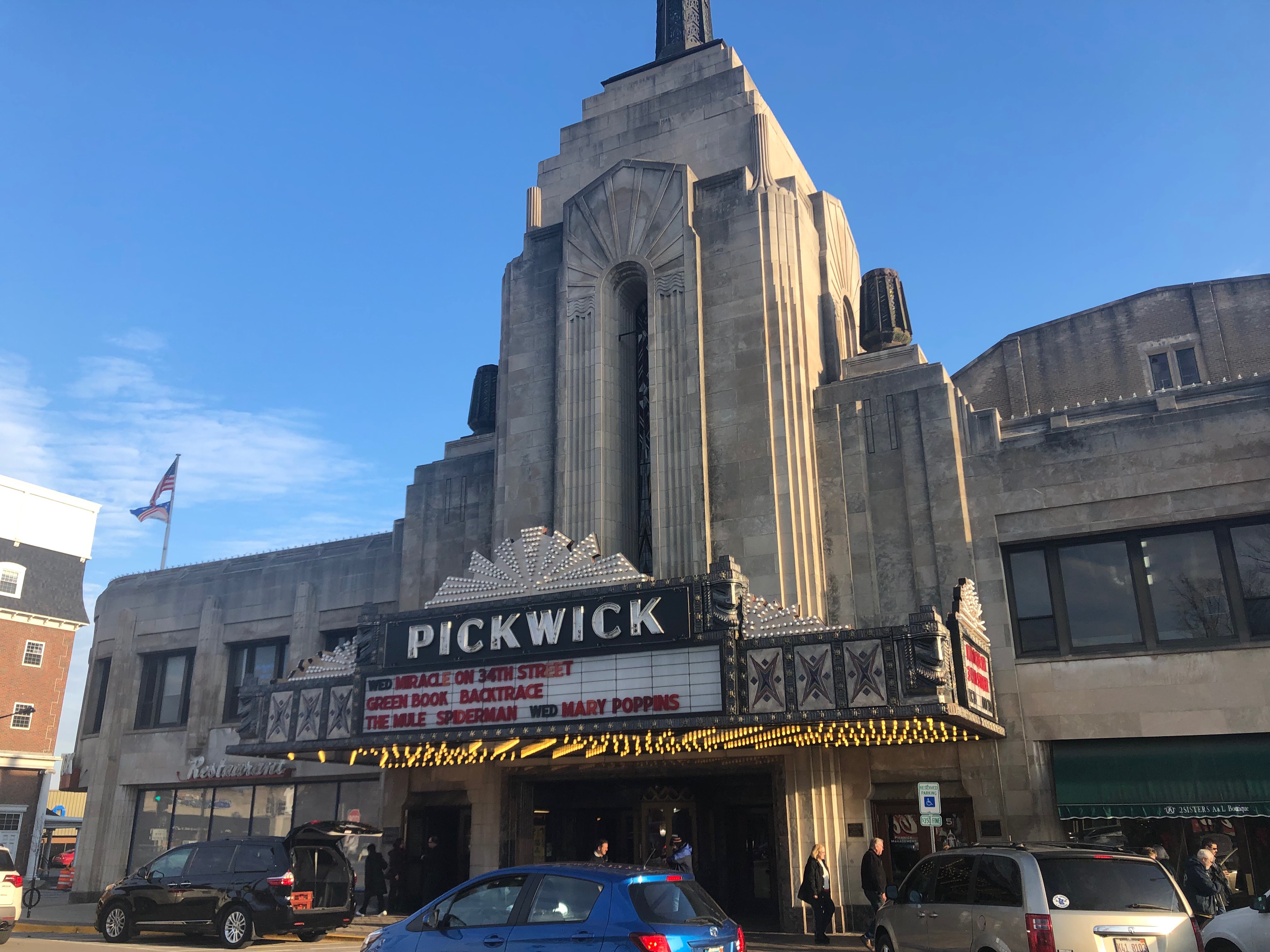 I attended one of the screenings of the film and it was a a great experience to see this classic on a giant screen. The locals filled up the first of two screenings on Wednesday December 19.

The Pickwick is a family owned theater. Art Deco movie palace has been newly refurbished with a giant 1,700-square-foot screen, Dolby 7.1 surround sound and new state-of-the-art RealLaser projection for a larger, more vivid on-screen experience in its 898-seat Megatheatre. The Megatheatre now boasts one of the largest movie theater screens remaining in Illinois.

For those of you in the Chicago area and those visiting, take a ride to Park Ridge and check out this theater. To all you Chicago area locals familiar with the Music Box, this theater has a similar vibe and look.