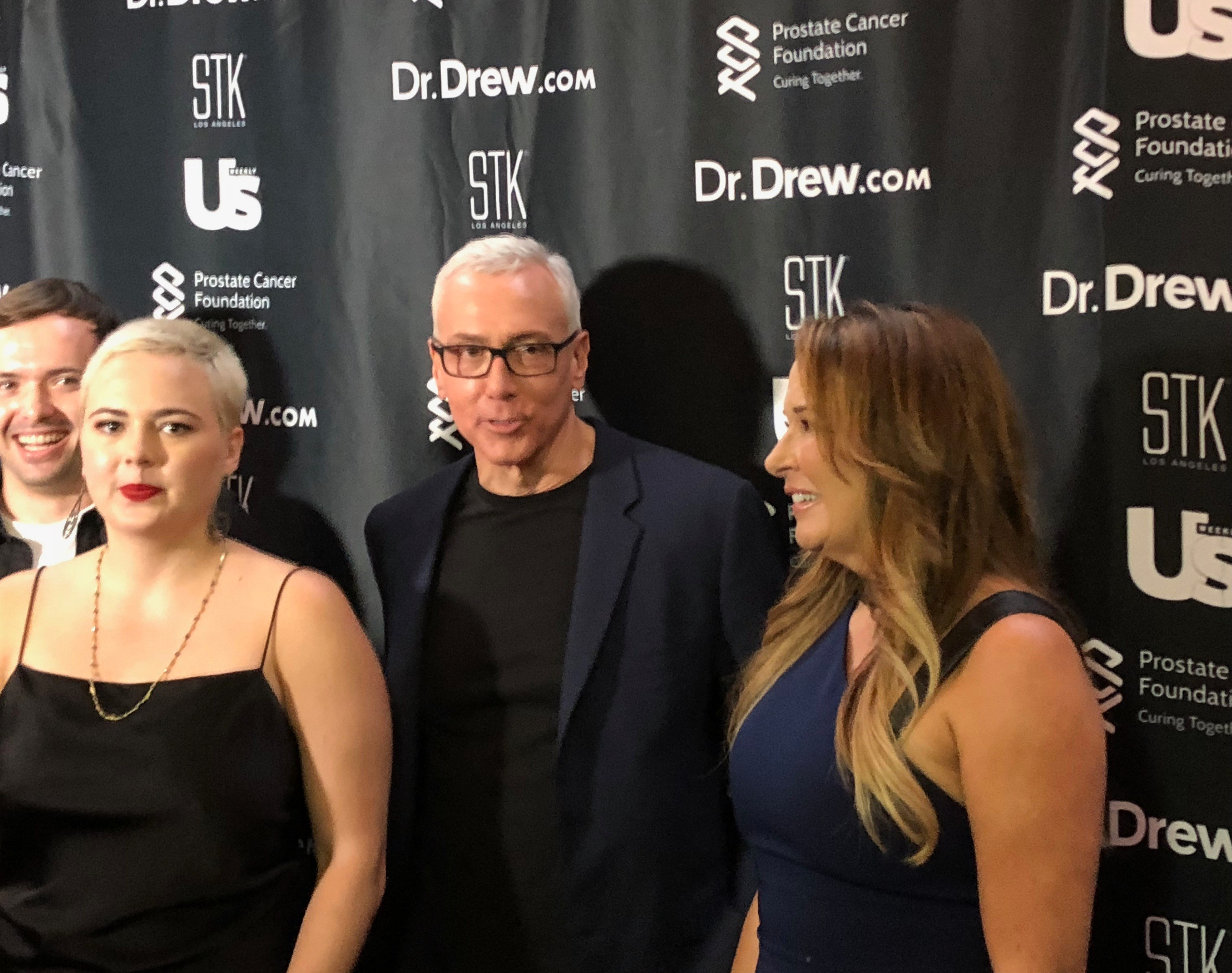 This past Sunday night, TV’s favorite doctor celebrated his 60th birthday party. The Dr. Drew Pinsky’s birthday bash roast took place at STK in Los Angeles. The roast and celebration were the theme of the night, but the event was to benefit the Prostate Cancer Foundation. Dozens of celebrity friends showed up to the event to support Drew’s cause and celebrate his birthday with a roast. Some of the attendees included Joel McHale, Bob Saget, Adam Carolla and Jimmy O. Yang. I spoke to a few of the guest on the red carpet. Check out the interviews below and check out the rest on the Reel Talker Podcast on iTunes.

It’s great for Dr. Drew to use his influence and turn his birthday celebration roast to a prostate cancer benefit. If anything was evident, it’s that Dr. Drew has many friends in Hollywood that support him. Speaking to some of those celebrity guests, it was apparent that they were influenced by him in their personal lives and careers. I kept hearing numerous celebs talk about listening to Drew on Love Line.

Dr. Drew Pinsky has impacted so many people, those that know him and ones that never met him. He’s been that trusted voice on radio and television. My overall impression of him is that he’s very well liked and that was apparent at this event. He’s also a humble and charismatic guy. Keep up with upcoming episodes of Dr. Drew on his podcast (Podcast One network) to hear the roast.

HIGHLIGHTS FROM THE EVENT:

On September 2nd Friends and family feted Dr. Drew on his 60th birthday in style at STK Westwood while his comedian friends joined him on stage for a live recording of his popular #ThisLife podcast.  Adam Carolla, Dr.Drew‘s current co-host of the Adam and Dr. Drew Podcast and former Loveline co-host, held down hosting duties.  Each guest came onstage for 3 minutes to share their Dr. Drew stories and “roast” him.  Lauren Sivan, Dr. Drew‘s co-host on his radio show “Midday Live with Dr. Drew” on 790KABC, kicked off the night by asking the audience for a show of hands “Who doesn’t have a podcast?”  Later in the evening Jimmy O’Yang took the mic and saying,”You guys are like my hero’s, growing up listening to Loveline when I was just a lost teenage boy immigrant from Hong Kong.  This is what America is about.  Mason Jars and apparently everyone has herpes!”

You can listen to the podcast here:

Featured guests (In order of appearance):

Dr. Drew also used the opportunity to kick off a month long fundraiser for Prostate Cancer Foundation of which he is a proud board member.  Please visitwww.pcf.org/drdrew  to make a donation.

For more interviews from this event and interview with Dr. Drew, check out the Reel Talker Podcast on iTunes