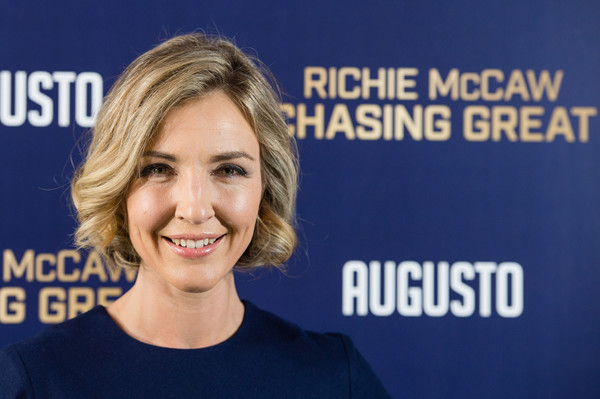 Michelle Walshe’s documentary film Chasing Great is already the highest grossing documentary film in New Zealand history. It tells the story of rugby great Richie McCaw as he enters his final season of his professional career. I spoke to Michelle about the film and what it was like to document and follow a sports icon and the challenges and triumphs she faced along the way.

Michelle did a heck of a job with this documentary. She really does a great job depicting the essence of what it’s like to be a top level athlete staring right at the end of their professional life. As I stated, I wasn’t very familiar with the sport of rugby, but this film really gave me a good perspective on it. Richie McCaw is very comparable to a Tom Brady or Michael Jordan of rugby. He’s the best. What Michelle accomplishes with this film is give people a unique inside look into Richie’s final season as a pro and a behind-the-scenes look into his life outside the sport.

Some interesting takeaways from the conversation with her. I was really intrigued with the mental aspect that was depicted that Richie had to deal with. The ups and downs and pressures of the final season as an athlete chasing a championship. Michelle found that aspect compelling also and made sure to shine light on it in the film.

My favorite question to ask during interviews is when I can find out about interests outside of the industry. Interestingly Michelle likes to clear her mind by getting involved with finances. It’s the complete opposite of the entertainment industry. I’d imagine others like to relax and do something to ease their mind, but Michelle seems to like using it in another way. Very interesting how creative people think and the things they do for fun.

The film is definitely a worthwhile watch. Even if you know nothing about rugby, it’s a compelling look into the sport, but mainly into the life of one of its greatest stars. It’s well shot shot, well documented and it even has the drama to back up all the stakes it’s presented with.

CHASING GREAT is out now in select theaters in NYC

Next post Win a Free Copy of ‘Pitch Perfect 3’