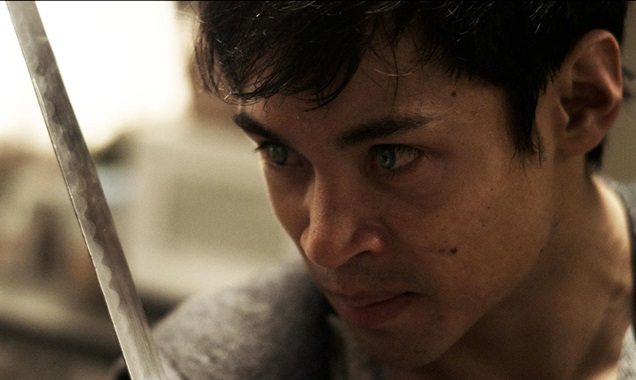 Kill Order (out now on DVD & VOD) is an sci-fi action flick from James Mark, starring his brother Chris Mark. Chris is a former stunt performer that’s appearing in dozens of film. He makes his leading role debut in this film. I spoke to Chris about the transition from stunt work to acting and more. The entire audio of the interview can be found below.

You’ve had a background in stunt work background, but what made you want to do this:

CM: Working in the stunt industry for so many years, I started to develop an interest in acting. I have since found a passion and goal of mine to act and do my own action. My brother who was the director of the film, his goal was to produce and create his own films, so we kinda had a common goal. He wrote the role with me in mind.

What was the transition into the acting for you:

CM: It was an interesting transition, I had already started doing acting while I was a stunt performer just for the sake of having that ability, while doing stunt. It’s actually good to have that ability because you’re always doing a little bit of acting doing stunt performing, that’s where I grew a real interest for acting.

I have a lot of respect for Chris and his journey from stunt man to actor. I can only imagine how physically taxing and potentially dangerous stunt work can be. These performers don’t get their proper due. Chris does nice work, especially in a leading role. His fight scenes were reminiscent to me of those 80’s and early 90’s martial arts movies.

The man talked to me on his lunch break, so props to him for trying to multitask talking to me and eating a sandwich. I was hoping to get some scoop about the upcoming X-Men movie he’s working on, but understandably he couldn’t say much about it. Looking forward to see what his next project will be. The film is worth a look, even though it’s silly to believe Chris plays a high school kid. That’s a man folks, he’s no kid, especially the way he kicks ass in the film.