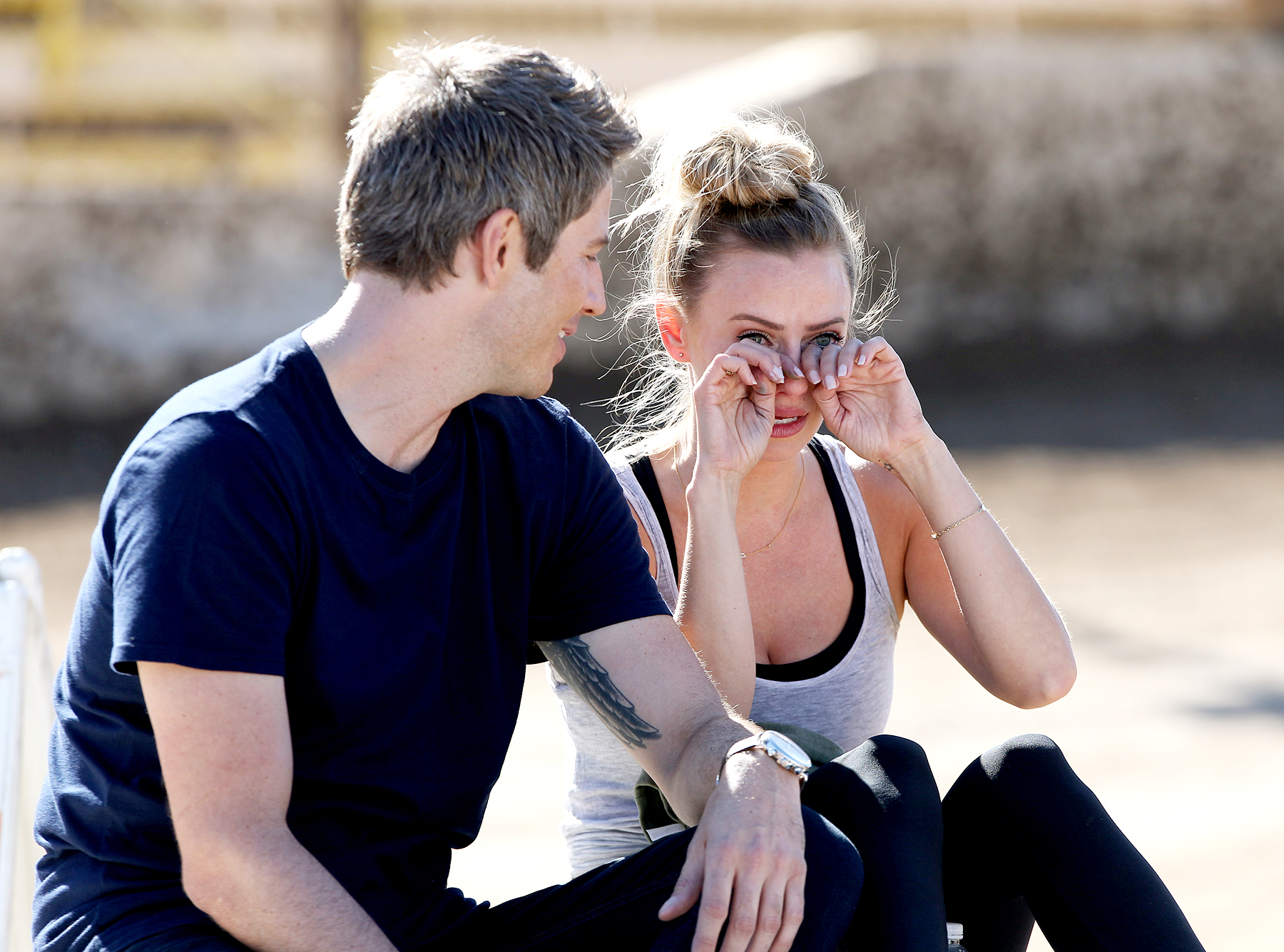 Some things never change, and episode two of The Bachelor assures us that Bekah has yet to find a bra. Becca K. wore a bra and gets to go on a solo date with Arie. Gray-man Arie arrives to take Becca on a motorcycle ride. At least Arie admits to not knowing female style so he takes Becca to a renowned stylist to get her looking top-notch. Even I know Christian Louboutin are baller shoes. Becca is at the right place indeed. Becca better just head back straight where she came from in Minnesota, because the women will tear her apart with all those material gifts she’s gotten.

Arie admits to his gray hair! A novelty, folks. This is the questions the entire world has wanted him to admit.

Meanwhile at the house the women get a date card. Krystal gets a one-on-one date.

On their dinner date, Becca K. reveals her dad passed away from brain cancer. Arie relates to her honesty and gives her a rose. He proceeds to reveal that she only gets to keep her earrings, so much for those Louboutin shoes.

Home is where the heart is, that’s the theme of Arie’s date with Krystal. Unless he’s getting her some Louboutin’s then it surely will be a letdown. Apparently Krystal has never been to Scottsdale (his hometown), well she’s not missing out on much. His high school looks like a strip mall gone out of business. To make matters worse he turns on his home VHS videos of his childhood, ensuring to bore her to death. This girl needs this misery to end.

Krystal is getting her hometown date from the get-go as she gets to meet his family. On the contrary, Krystal reveals she’s not close with her family. Her parents divorce and her brother’s issues. She opens up to Arie and are returns the favor with a rose.

The group date is a demolition derby. Well, that’s fitting. The cars were the last thing to crash and burn here. The sad story of Annaliese and her childhood bumper car trauma comes to light. The mirrors, the bumper cars, the circus music. Yeah, bring some clowns for her also. The car bumping proceeds to go flawless.

The next big reveal was Chelsea telling Arie that she has another man! Scandalous! Not really, she tells him about her kid. Bibiana or whatever her name is, becomes enraged over not getting her solo talk with him. Barely legal Bekah M. doesn’t wait around to make out with Arie, who could probably be more of a father figure to her than boyfriend. Chelsea gets complimented for telling him about her kid, but Seinne is the one to get the rose.

Brittany returns from her bumper car injury and gets some alone time with Arie from that. He gifts her with the “most hardcore” certificate, which means absolutely nothing. Don’t even bother framing it girl.

While Brittany is basking in glory with her new certificate, kid nurse Bekah M. is making out with Arie, again.

Krystal won’t ever be confused with Where is Waldo, that girl is always lurking. Bibina is the wrong tough chick to mess with and steal her time with Arie. Bibiana “checked” her. She went straight gangsta on wide-eyed California princess Krystal.

Distraught Chicago Jenny is heading home and doesn’t give Arie a hug. Blows him off but he runs after her to get a hug. Her first break-up.

EPISODE RATING: 7/10 (Some drama, but nothing to take away)

This episode was all about Krystal, with a side order of Bekah M. getting in on some solo action with Arie. Krystal is slowly being painted as a nice villain. She’s got shades. She has to be an early frontrunner.

The bumper car date was okay, I get the theme, but kinda childish.

Bibiana got to bark a bit and unleash her dominance, earned her the final rose of the night and one more week on the show.

Arie showed a comforting and sympathetic side of him when he consoled with the Annaliese breakdown. I mean she’s dreading bumper cars! Well done Arie.