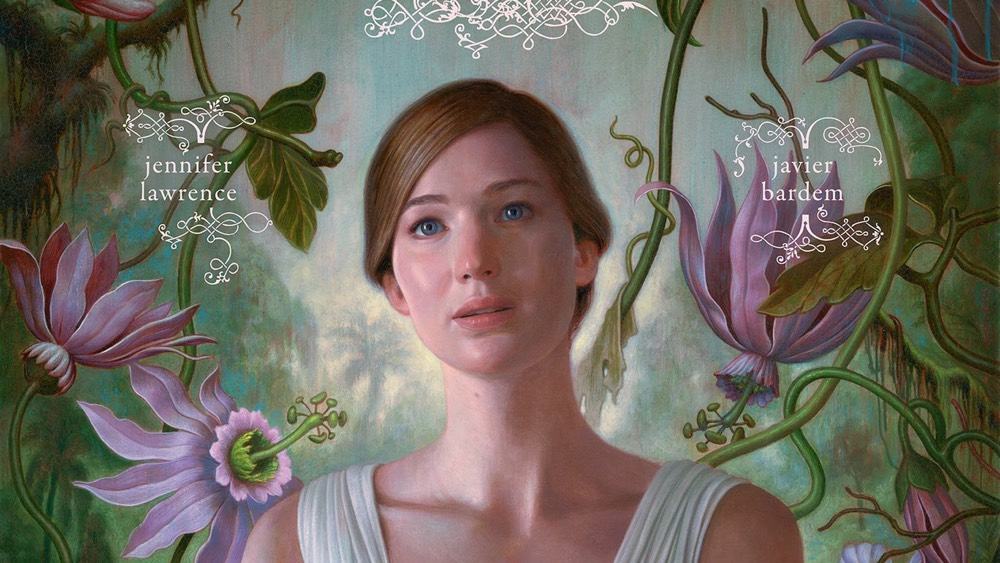 Oh Mother! What doesn’t this movie try to say? Darren Aronofsky’s bizarre horror thriller drama is all over the place. Not necessarily in a bad way though. Now, this is the same man who delivered movies such as Requiem for a Dream, The Fountain and Pi, so strange and obscure is in his wheelhouse, but even those films don’t compare to what Mother! is. Should you see it or pass on it? Here is the breakdown:

Well, that’s the $30,000,000 million dollar question (estimated budget of the movie), because this film is so many different things. The plot revolves around a young woman and her much older significant other’s peaceful isolated existence. The peaceful portion doesn’t last long, as uninvited guests attempt to intervene with their lives and bring personal chaos along with them. Yeah, that’s about right. Add the fact Lawrence’s character “Mother” appears to be the only rational and non self-obsessed human in this remote area. She seems overly polite, submissive, kind, not to mention distraught once all those people start arriving.

Javier Bardem plays “Him” or the significant other to Lawrence’s character. He’s a trip. Bardem plays the best oblivious fool you’ll see in a movie. Not only can’t he say no to all the randoms coming into his home, but his obsessively creepy insistence on inviting them is very amusing to watch. It’s the sort of performance by Bardem that makes you wonder if his character is the second coming of the devil or just a really nice fella.

Basically Bardem’s character is a writer with major writers block, while Lawrence’s just floats around this big home and attempts to appease him at all times. All those uninvited visitors act as a big facial pimple that refuses to clear up, no matter how hard you try to remove it.

See above. Bardem is ferociously fun and creepy, while Lawrence does fine work with the camera jammed in her face throughout the movie. Believe me, you don’t miss any of her expressive reactions. There is a lot of screaming and shouting on her part, which couldn’t have been easy to pull off, bless those vocal chords.

Ed Harris and a dolled up Michelle Pfeiffer, respectively playing “Man” and “Woman”, because no one in this movie gets to have a proper name. They play a husband and wife, although they barely look like a compatible couple. She’s confrontational, he’s distant and tame.

The acting is fine. Talented and proven performers with two Academy Award heavy-hitters (Lawrence & Bardem) leading the way. They must have been pivotal in getting this movie to a mainstream release, otherwise the film would be a hard sell for studio heads without Lawrence and Bardem’s names attached.

The sound and look are two major components that this film utilizes. As far as the sound goes, this movie is loud. It’s not the soundtrack or any music that really stands out, it’s the natural sounds, the screams, shouting, crying and physical destruction that resonates. There is a scene in the movie where hell breaks loose with all the guests in the house and the breaking of items and materials is so loud and chaotic that it actually brings about a genuine uncomfortable feeling. The sound is definitely key to making this film come alive.

The look is another key to making it all come alive. Almost all of this film takes place inside the house. You’d think Mother is on house arrest or something (in theory she kind of is). The house is large but also confined. The ceilings are never ending, but with the insurmountable number of doors all over the house it makes it look small. The house itself looks like it could have been from the Conjuring or Amytiville, creepy wooden mansion with old furniture, appliances and for goodness sake replace that boiler room fireplace.

Naturally the lighting is key in a movie of this genre. The brooding dark shades overtake, even though the occasional ray of light flashes from the outside. If not for some hints of modern devices (cell phones), it could easily be mistaken that this film takes place in the early to mid 20th century. Their wall phone is about 50 years overdue a replacement. Even the supernatural elements look good and don’t come off looking phony.

Well, it certainly wasn’t boring. There is so much going on in the film with so little of the story moving forward. What I mean by that is that the story doesn’t progress much, but the constant frantic action makes it appear as if a decade of changes transpires. Mother! gets you from the start. It grips you and doesn’t let you go. Puts you in a corner and makes you watch as if you were in detention, but the thing is that you can’t really look away even if you wanted to. This film builds tension in a very natural way. Subtle events that turn into chaotic ones in a blink of the eye. It’s this roller-coaster of calm and frenzy that overlap each other. It’s engaging and it’s hard to understand why.

The thing to take away from the movie is that Aronofsky splatters plenty of social commentary into the plot. All sorts of political and social themes are encrypted along the way. There is a definite commentary on religion, speaking of that, this movie is certain to rub religious people the wrong way. The in-your-face depictions (can’t give away the spoiler) can be easily interpreted as offensive and repulsive.

I took away the depiction of the god-like status of celebrity worship as a big emphasis in the message Aronofsky is trying to relay. It appears that his off-screen romance with Lawrence holds a significance in the portrayal of her in the movie. Her treatment by the media is teased in these very depictions of this celebrity worship that’s relayed by the intruding followers in the movie.

Another message that resonates is the control factor in the relationship between the Bardem and Lawrence’s characters. The female submission to the male that plucks every inch and ounce of her soul. She’s more of a servant than a wife/girlfriend to his character. The physical, emotional and mental domination is startling.

Additionally, there is a political message being depicted that resonates with our current political climate of division among the people and administration.

This is unlike any movie out there. It’s twisted, odd, chilling, refreshing, over-the-top, frantic, intense, mesmerizing, intriguing. I can continue with descriptions to fill out the rest of the page, point being it’s a movie that’s sure to garner a reaction from the viewer, good or bad. You’ll most definitely have a thought and opinion once you leave the theater.

For the same reasons it’s a draw, it can also be a pass. This is a movie that will offend, disgust and confuse people. It doesn’t let up. Some things cross the line as far as what’s shown. For someone looking to clear their mind after a long week, this will just add to your mental fatigue.

Mother! is designed to leave you with a WTF reaction. It’s all about the reaction during and after the movie that will have you talking for days. The early word has it being compared to a modern Rosemary’s Baby, but it hardly bears any similarities. Mother! is an original and stands on its own merit. Frankly, I’m still wondering how the execs at Paramount green lit it, but credit them for thinking out-of-the box and taking a risk. It will be up to the moviegoers to see if the risk will pay off.

‘MOTHER!’ SCORE: 75% (Trip To The Theater Worthwhile For The Experience)