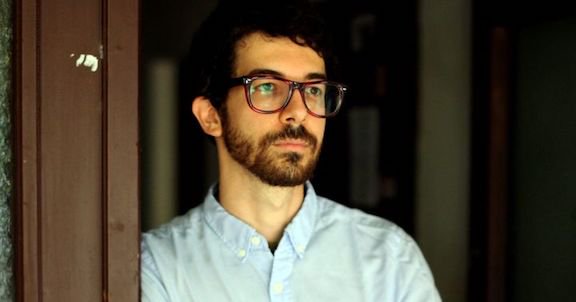 The Ticket is a highly intriguing film starring Dan Stevens and Malin Akerman. I had an opportunity to speak to the writer and director of the film Ido Fluk. We discussed the making of the movie and talked about the concept of the story. Ido touches on the importance of the cast and a lot more. Listen to the entire audio of the interview below.

It’s really unique to hear about how creative people come up with ideas for their work. For Ido to come up with the idea of this film from a unintentional observation editing another movie is pretty great. I was interested to hear how he also combined the fables his father used to tell him as a kid and that further inspired the plot of this film. Seems like the film came out of randomness combined with some memories from his past, which sounds cool to me.

I got a kick out of his answer about him being in a band. This is the fun part for me to delve a bit into these filmmakers and actors personal lives and finding out some of their unique interests outside of their craft. Now, I’m compelled to find some footage of him rocking out! It just shows that these people we see on TV creating the content we enjoy so much have other personal interests, hobbies and passions outside of their art.

Ido seemed like a very personable and forthcoming guy. I appreciated that and had fun talking to him.

As far as the movie goes, the concept of ‘The Ticket’ really intrigued me. The movie itself is just as intriguing and compelling. Very good plot and storytelling by Ido, incorporated with some fine work from Dan Stevens and the supporting cast really makes this a movie to see.

‘The Ticket’ is out and available now on Blu-ray, DVD and Digital HD

Next post Stardust TV/Movie App Is A Must Get