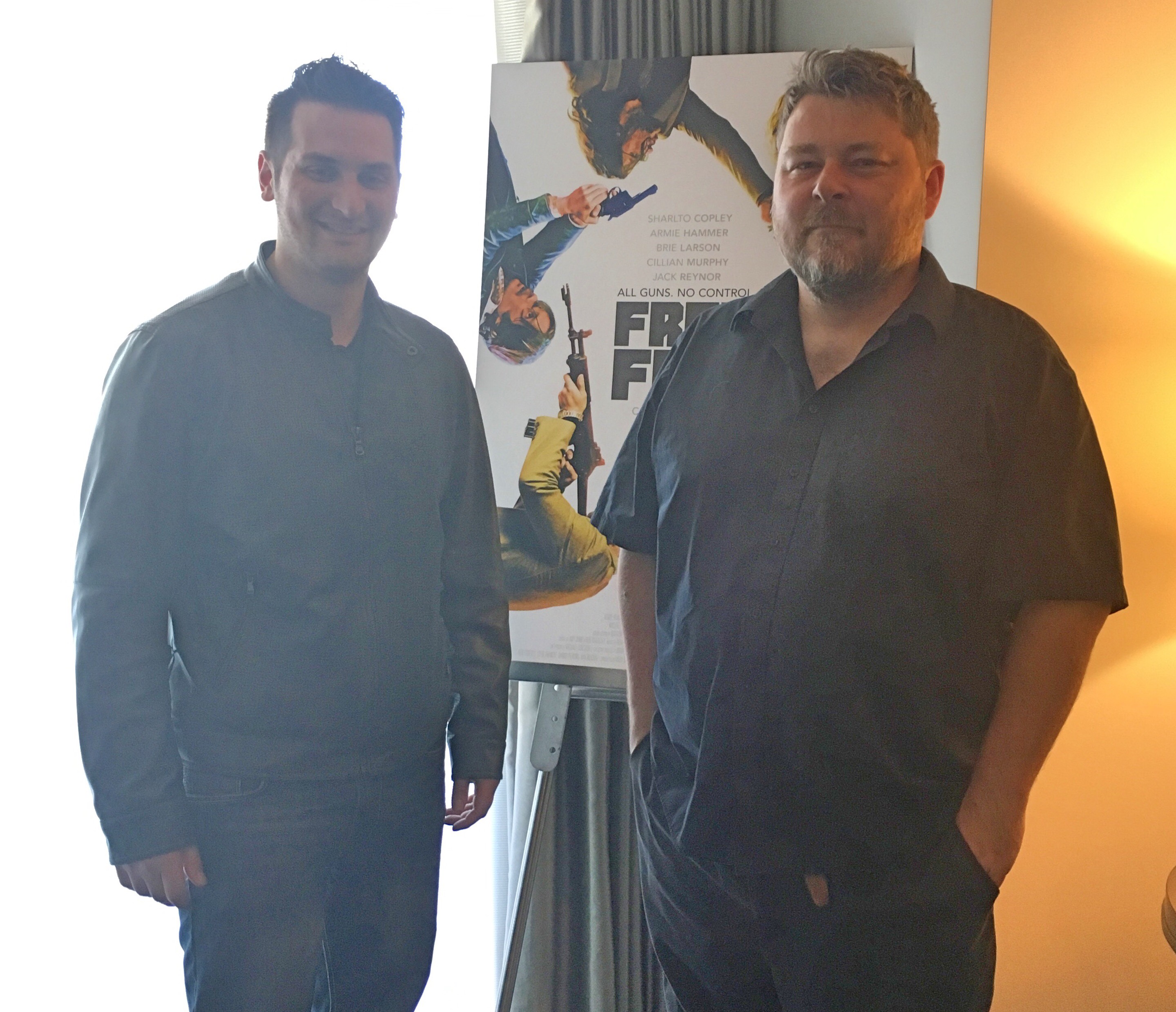 Free Fire is out now in theaters and prior to the film release I had a chance to speak to director Ben Wheatley about the film when he came to Chicago on the promotional tour. I sat down with Ben at the swanky Waldorf Astoria in Chicago and we talked about the movie. Ben discussed the casting of the actors, the idea for how Free Fire came about and I also tell him about my displeasure with High-Rise. Listen to the entire audio below:

I wasn’t sure what kinda personality Ben has, but I was rather surprised how professional, yet forthcoming he was. He seems like the kinda guy that you wouldn’t expect to prank you and mess with you, but he might. So basically I felt a hidden dry sense of humor from him. I mean from the start I didn’t exactly endear myself to him by throwing out my disdain for High-Rise. I had no idea how he would react, but I’ll give him credit that he kept it cool, while giving me some shit for it, rightfully so. Obviously he would defend his project, but wasn’t dismissive of me either so I appreciated that.

As far as the film goes, I did enjoy Free Fire a hell of a lot more than High-Rise. This is a really fun film, with a lot of witty dry British humor. I asked him about his wife being is co-worker and writing his films with him. It was interesting to hear how he goes about that process. I also liked his honesty about wanting to do a bigger budget film, I’m sure there are some indie directors can’t swallow their pride and be candid about wanting to do something bigger budget and sacrificing their independent roots. On a side note, at the end of the interview when we posted for the pic (the featured image for this article) Ben asks the rep taking the picture if his fly was open! Haha. It wasn’t, but I got a kick out of that spontaneous joke. Overall, Ben Wheatley seemed like the kinda guy you’d wanna have beers with and shoot the shit with.

‘Free Fire’ is out now in theaters. Check your local listings.