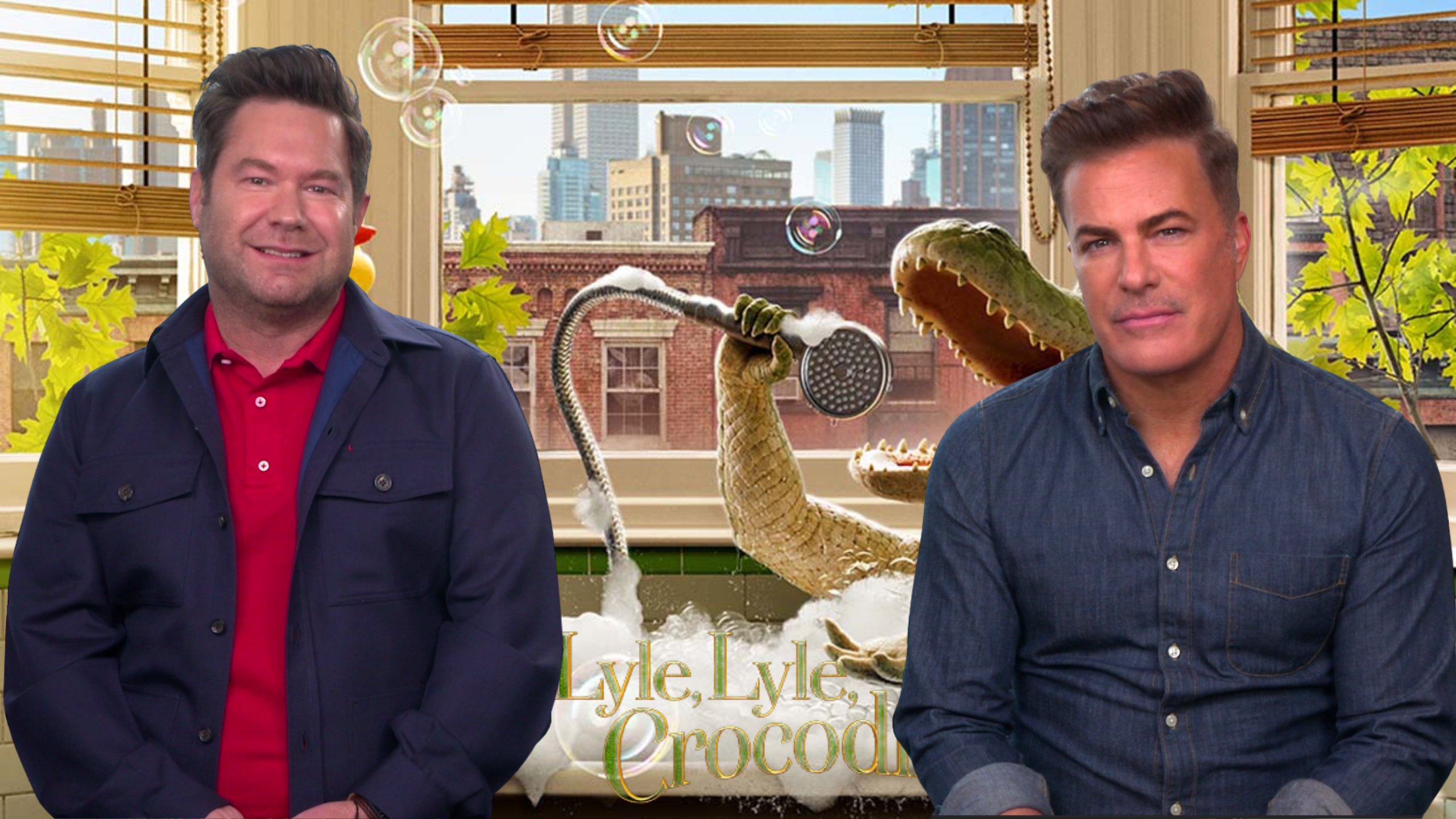 My favorite pair of directors are back at it again. The duo of Josh Gordon and Will Speck are bringing the live-action version of the popular children’s book series Lyle, Lyle Crocodile.

I spoke to the guys about the film and had some fun and potentially weird Lyle-related rapid-fire style questions for them. Plus, is the Christmas modern classic Office Christmas Party getting a sequel? Find out below in the video. It’s a fun one.

I’m a big fan of Josh and Will. Had a pleasure to meet them years ago in Chicago while they were promoting Office Christmas Party, great dudes. I had to ask them where they been? Haven’t much since Office Christmas Party so I was looking forward to seeing this film. They are really good filmmakers, so if anyone was going to go from a raunchy comedy to a kid friendly film, it’s them.

So I went rapid-fire in regards to my Lyle questions. My mind works in weird ways, so sometimes I think of absurd questions. They played along and did a great job answering. I loved the comment about how Will and Josh would assemble a Lyle Avenger-verse. Stuart Little as Iron Man? Phenomenal idea! Let’s make this happen! Those guys were so quick and on-the-spot to think of this awesome scenario.

As a huge fan of Office Christmas Party, I had to know if we might ever get a prequel, sequel or a character spin-off? Seems like the guys would be up for it, but nothing in the works. Fingers crossed. Excited to see their next film that they spoke about, the sci-fi comedy Distant. The guys are back and I’m sure they have a ton of good stuff coming.

LYLE, LYLE CROCODILE is out in Theaters on Friday, October 7th