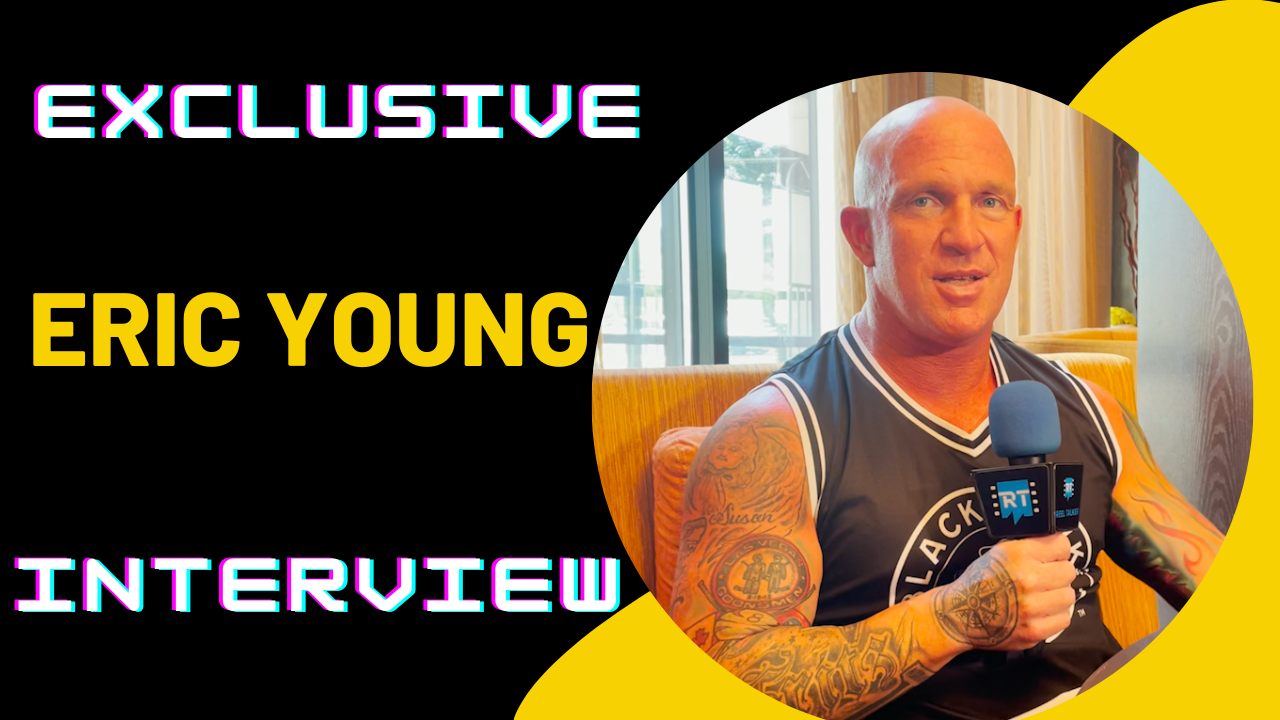 Fans of Impact wrestling over the years know that Eric Young is an original. Surely a sure IMPACT Hall of Famer, both in and out of the ring. EY has done it all in the wrestling industry. After losing to Josh Alexander at Slammiversary, he’s ready to get back on a winning streak and climb his way to the top again.

I spoke to Eric Young who was in Chicago promoting the upcoming Impact Wrestling Emergence event and IMPACT Taping on August 12 & 13. Eric spoke candidly about his time in WWE, the face-to-face he had with Vince McMahon and his legacy, among many other things.

First time meeting EY, he’s a great guy. Very friendly and engaging. Just a normal cool dude. Off-camera we spoke about him living in Nashville and the changes that city has had since he moved there nearly a decade ago. Don’t try to buy a house there now, unless you got a lot of cash stashed, it’s pricey!

I really appreciated how candid Eric was with me. He didn’t hold back and spoke his truth. He offered an interesting perspective of working empty arenas during the pandemic. The juicy part of the convo came when he spoke about his experience in WWE/NXT.

I didn’t know about the face-to-face he had with Vince. Wasn’t reported anywhere. Eric did say how he stood his ground and told Vince to his face what he thought, kudos to him for standing up for himself. He’s too talented of a performer to be misused. He also spoke about his admiration for Triple H and how he’d run through a wall for him. That’s loyalty. Triple H seems to have that reputation as a favorite of many performers.

Eric praised the stars of Impact and spoke about some of his current favorite wrestlers to watch, which somewhat surprised me he first said Jon Moxley. Interesting choice. Hard to disagree, Moxley has been doing his best work.

It was cool to hear EY talk about his legacy and what he wants to be remembered by. I was surprised to learn that once his in-ring career is over, he said he’s riding off to the sunset and will be done with wrestling. Seems like he wants to travel and enjoy his life with his wife and who can blame him for that? I’d do the same in his position.

Had a very good chat and great impression of Eric. Wish him the best in his life in and out of the ring, he’s easy to root for!

Previous post Dale Dickey did what with ice cream?!