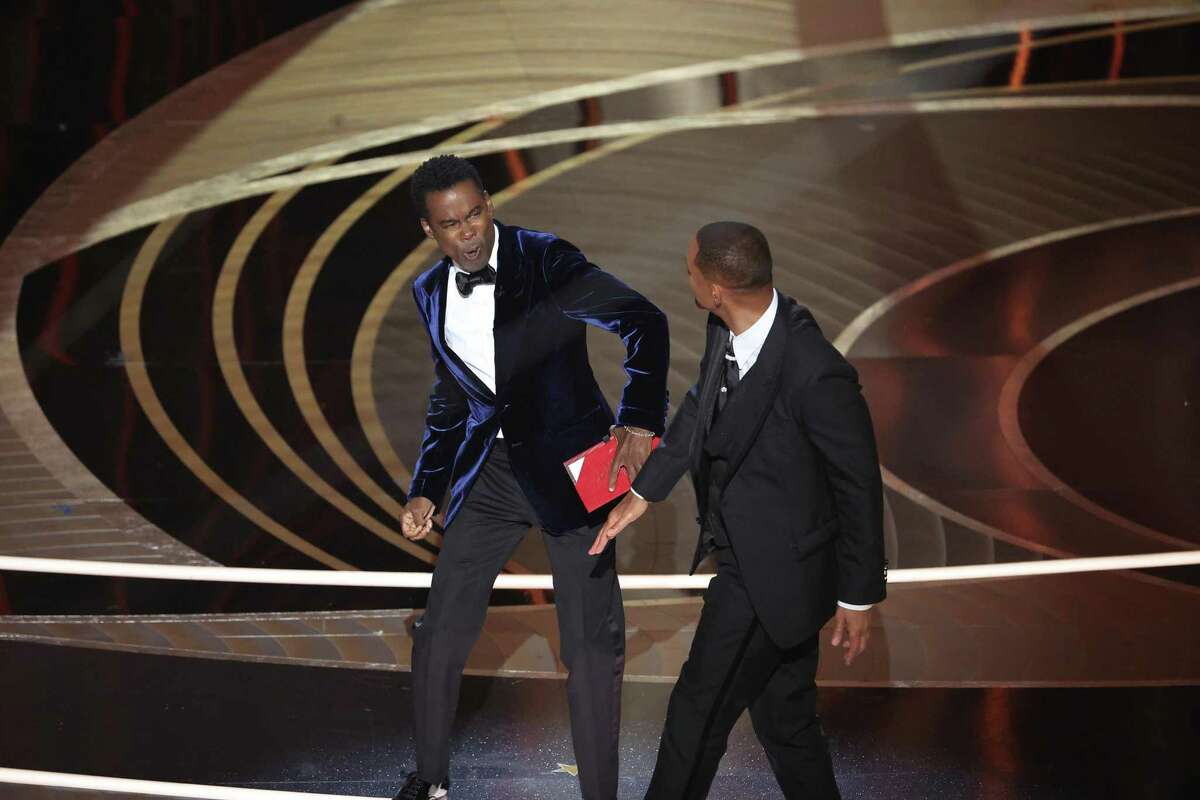 After a few weeks of deliberation and a ton of public scrutiny, the Academy’s Board of Governors announced that Will Smith has been banned from all of the Academy of Motion Picture Arts and Sciences events and programs for the next 10 years. Starting today, April 8, 2022.

Mainly that means he can’t attend the Oscars. Voting measures are being taken away. So don’t expect Will Smith to be nominated for anything or receive any awards for a long time. Here is a transcript of the press release sent to media and Academy members today:

The 94th Oscars were meant to be a celebration of the many individuals in our community who did incredible work this past year; however, those moments were overshadowed by the unacceptable and harmful behavior we saw Mr. Smith exhibit on stage.

During our telecast, we did not adequately address the situation in the room. For this, we are sorry. This was an opportunity for us to set an example for our guests, viewers and our Academy family around the world, and we fell short — unprepared for the unprecedented.

Today, the Board of Governors convened a meeting to discuss how best to respond to Will Smith’s actions at the Oscars, in addition to accepting his resignation. The Board has decided, for a period of 10 years from April 8, 2022, Mr. Smith shall not be permitted to attend any Academy events or programs, in person or virtually, including but not limited to the Academy Awards.

We want to express our deep gratitude to Mr. Rock for maintaining his composure under extraordinary circumstances. We also want to thank our hosts, nominees, presenters and winners for their poise and grace during our telecast.

This action we are taking today in response to Will Smith’s behavior is a step toward a larger goal of protecting the safety of our performers and guests, and restoring trust in the Academy. We also hope this can begin a time of healing and restoration for all involved and impacted.

There is it. All official. Took them long enough. I do seriously wonder if this verdict would have been made had there been a lack of public and media backlash over the incident and the Academy’s reaction. It’s a pretty severe punishment. A decade of exclusion is a long time. The most important aspect of this all can’t be undone. The damage was do and witnessed publicly for millions around the world on live TV.

Personally, I think the Academy dropped the ball on the day of the event. Had this sort of thing occurred in any public setting for any regular citizen, they would be spending the night behind bars, no question. But law enters a murky grey area if you have clout. Granted Chris Rock didn’t press charges. For Will Smith to face no immediate consequences and just sit there and then go on to receive his Oscar and give a speech after the smack that was heard around the world, was truly unprecedented.

The right thing to do in the moment was to escort Mr. Smith out of the building and drop him right off on Hollywood and Highland. Let him masquerade with the superheroes and characters on the Hollywood walk, or have a street hot dog while at it, because he had no business giving an acceptance speech that night.

In 2022 you can’t just do things like that and get away with it unscathed. There are repercussions for actions, if the authority won’t enforce it, the public and media sure will, right or wrong. Enough wasn’t said about those in attendance giving and ovation and applause for Smith during his speech, minutes after whacking a man on-stage. Shame on you. Use your better judgement and don’t be prisoners of the moment.

The only unanswered question that remains now is what will happen to Will Smith and his career going forward. Should he be subjected to returning the Oscar he received? I say no, but he could be expunged from the records. Keep the physical award, but lose your name in the record books. That could have been a potential course of action, but very unlikely.

I don’t think there is any doubt that he will lose a lot of potential opportunities. It’s already starting to happen with some of his planned projects. There needs to be a cooling period for those in media, Hollywood, general public and especially for Smith. Just lay low and get any help you may need, stay out of the spotlight.

I do believe that once some time passes Smith will be welcomed back and embraced by Hollywood. There are countless stories of entertainers getting second and third chances, look at Robert Downey Jr. Hollywood loves to forgive and have a comeback story. Will Smith is too big of a star for too long to completely fall off the face of Hollywood.

I don’t have any doubt that this will be a blemish on his record forever. He will be brought back to this moment, should he conduct himself in any unprofessional manner. For his sake, you’d hope his wife would come to support him during this time. She hasn’t gone to bat for him so far, as you’d hope a significant other would. Maybe it will be a “Red Table Talk” on her end?

For those hoping for a Bad Boys 4 or any other sequel with Will Smith, don’t expect it anytime soon, if ever. The slap heard around the world, has legitimately been heard and Smith will be feeling the pain of it for a while.

Next post TURNING RED Coming to Digital and Blu-ray