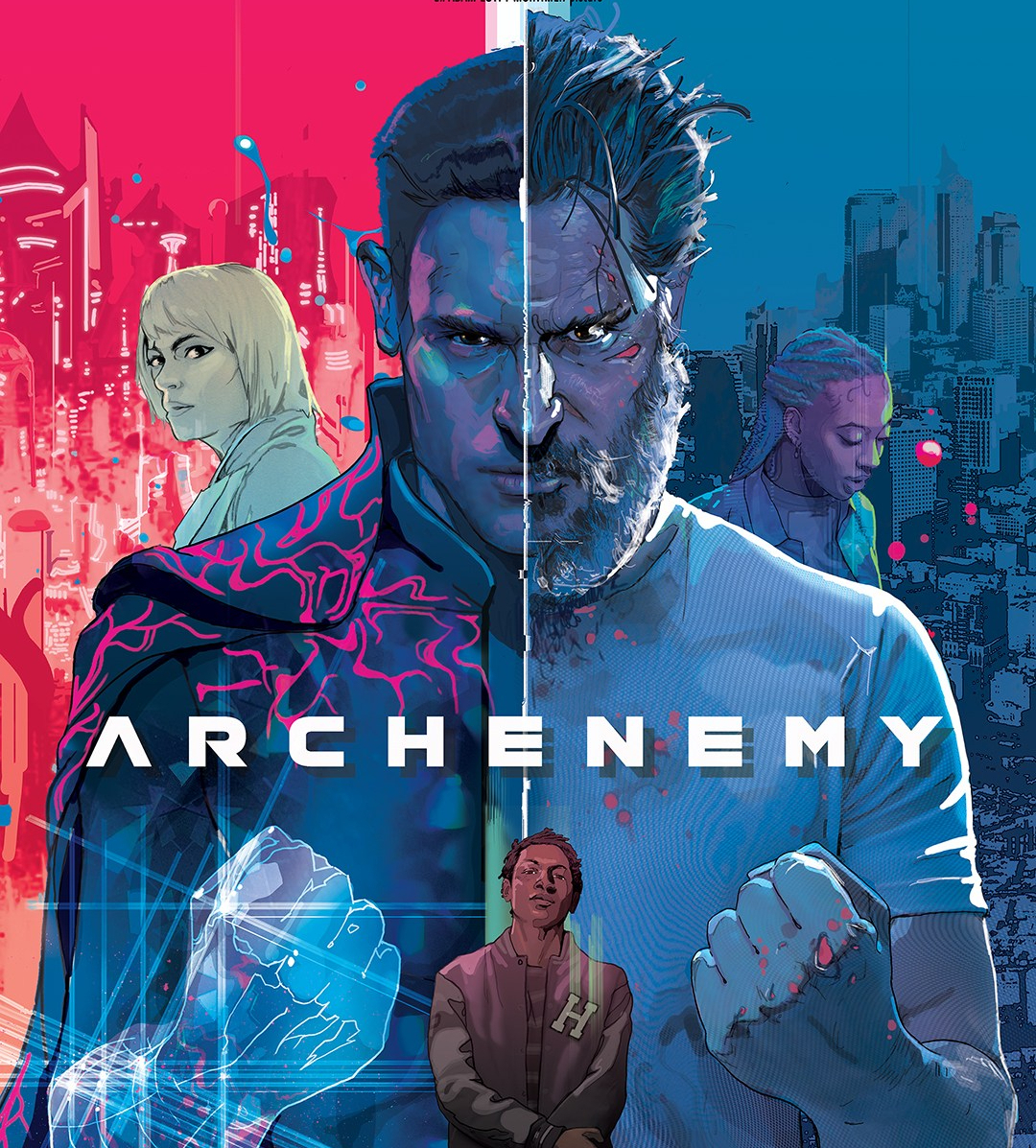 It’s here! As promised on the Reel Talker social media yesterday, today is the world premiere trailer dropped for Archenemy. The film stars Joe Manganiello. From the looks of the trailer this promises to be one action packed badass movie. Check it out for yourself, below.

This looks good. It’s from the creators of Mandy, so you know it will be wild and off-beat. I’ve been clamoring for Joe Manganiello to appear in a superhero film for a while. Here he appears to play a fallen hero from another dimension with faded superpowers. It has a bit of a feel of the recent Project Power.

Manganiello plays a homeless guy who nobody wants to listen to besides a teen who seems to befriend him and together they will fight local crime. I like the look of this movie. It’s dark, neo-noir-ish. Gives you a sense that crime is lurking around every corner.

I liked the fact that the trailer doesn’t reveal too much. It gives you the basic premise, but leaves a lot to uncover. It’s a good trailer debut and the film looks promising.

ARCHENEMY in Theaters and On Demand and Digital December 11th