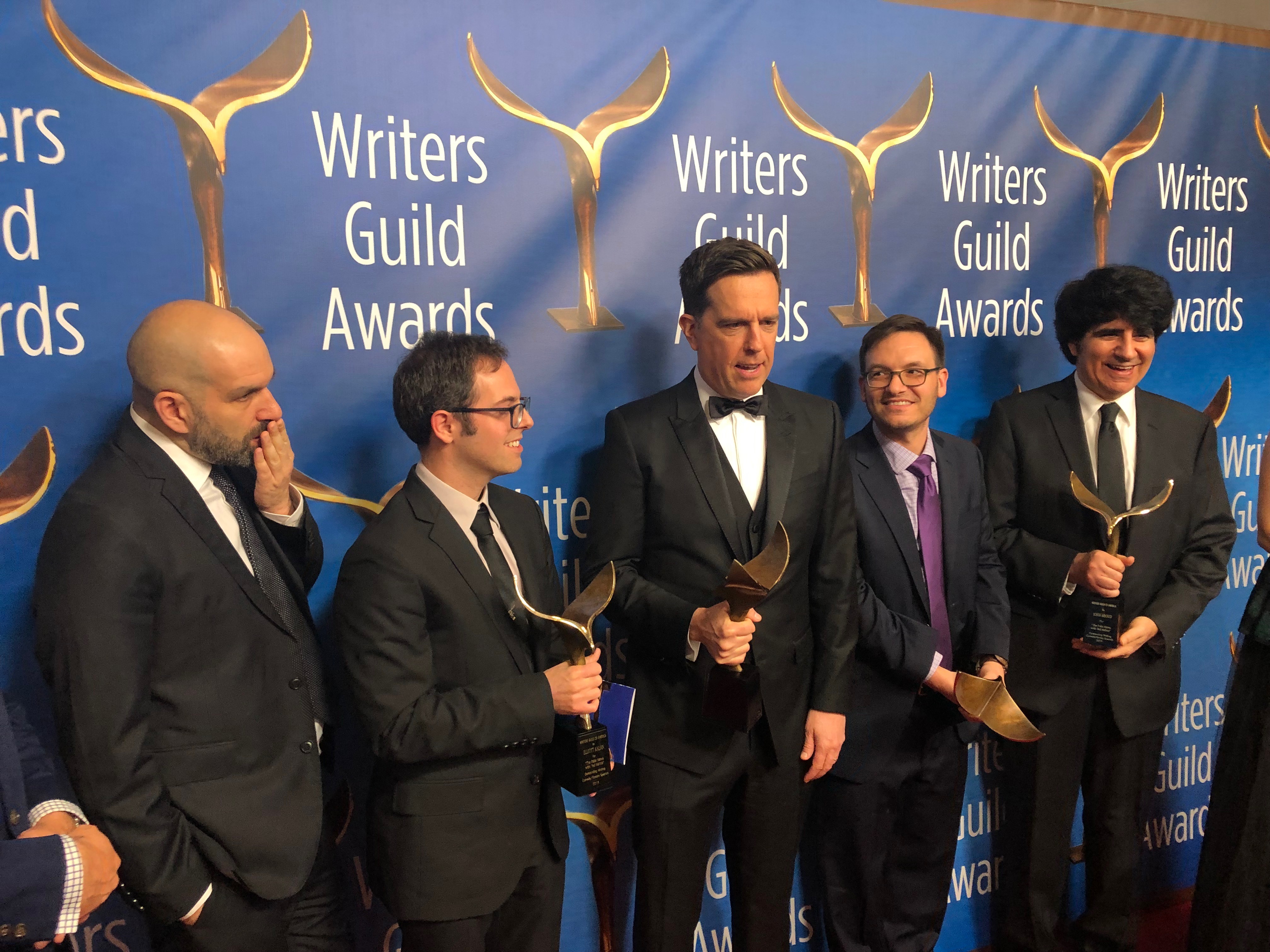 Awards seasons just completed with the Oscars, but prior to them the WGA Awards took place, where writers of this past years highly touted movies were recognized. From the likes of A Star is Born to Blackkklansman, writers, filmmakers and actors were on hand to celebrate the nominees. Reel Talker had an opportunity to be on hand to take in the red carpet and speak with many of the nominees and winners. Check out the full video of the interviews below:

Can You Ever Forgive Me?, Screenplay by Nicole Holofcener and Jeff Whitty, Based on the book by Lee Israel; Fox Searchlight

“Bart’s Not Dead” (The Simpsons), Written by Stephanie Gillis; Fox

“Paean To The People” (Homeland), Written by Alex Gansa;Showtime

“The Ersatz Elevator: Part One” (A Series of Unfortunate Events), Teleplay by Daniel Handler; Netflix

(No nominees for Children’s Long Form this year.)

DOCUMENTARY SCRIPT – OTHER THAN CURRENT EVENTS:

“Inside The Culture Of Sexism At Riot Games,” Written by Cecilia D’Anastasio; Kotaku.com

This was such a fun event to attend. The cool thing about it was that it wasn’t only the movies that were up for nominations, television shows were also recognized. The stars came out to support their writer friends. Bill Hader, Ed Helms, Topher Grace were all there on hand among many others.

I really liked hearing Rachel Bloom share her views and stories on the lack of recognition for the writers in the industry. It’s important that these men and women get recognized for the importance they have in delivering our favorite movies and shows. They are often unrecognized and their names fly under-the-radar, but a much bigger emphasis should be placed on them. No doubt this awards show should also be televised. Hopefully moving forward we will get to become exposed and more familiar with the writers.

It was my first time meeting Bill Hader, he was a lot more shy then I expected him to be, but was fortunate to talk to him after his win for ‘Barry’. Ed Helms was very nice and fun as you’d imagine him to be. His ‘Fake News with Ted Nelms’ crew was enjoyable to talk with. Come on, I couldn’t be the only one that thought that Will Fetters resembles Ben Affleck, right? Share your thoughts and comments below.

My first WGA was a great event and a fun time. Looking forward to doing it again next year.

Did you enjoy the interviews from the WGA? Share your thoughts and comments