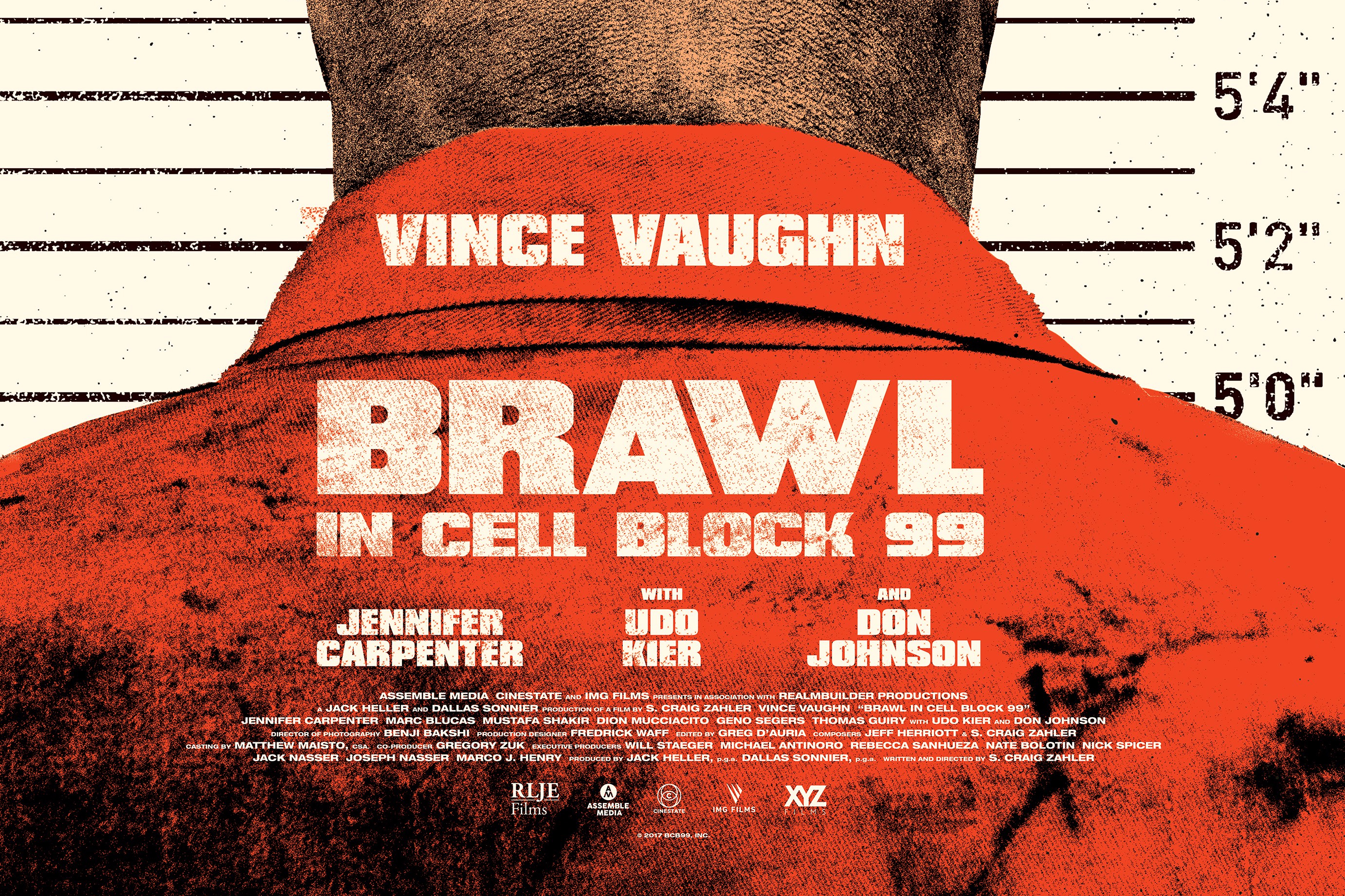 The brand new poster and upcoming release date for Brawl in Cell Block 99 was announced. The film stars Vince Vaughn, Jennifer Carpenter and Don Johnson. Here is the synopsis and look at the poster.

Synopsis: A former boxer named Bradley loses his job as an auto mechanic, and his troubled marriage is about to expire.  At this crossroads in his life, he feels that he has no better option than to work for an old buddy as a drug courier.  This vocation improves his situation until the terrible day that he finds himself in a gunfight between a group of police officers and his own ruthless allies.  When the smoke clears, Bradley is badly hurt and thrown in prison, where his enemies force him to commit acts of violence that turn the place into a savage battleground.

Brawl in Cell Block 99 will release in theaters on October 6 and On Demand & Digital HD on October 13, 2017